Man Succumbs Days After Setting Himself Ablaze Outside SC

The police said the 27-year-old man succumbed to his injuries at Ram Manohar hospital. 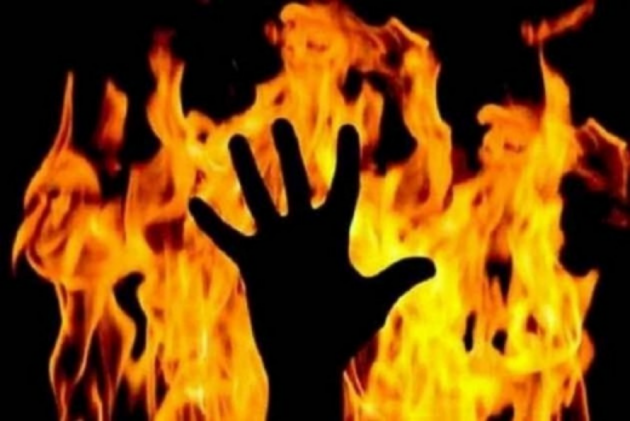 A man succumbed to his injuries inside the hospital in Delhi on Saturday days after he had set himself ablaze.

A 27-year-old man who had allegedly attempted suicide along with a woman outside the Supreme Court succumbed to injuries, police said.

In the incident, both the man and the 24-year-old woman suffered injuries. Both were admitted to Ram Manohar Lohia hospital.

The police said the woman is undergoing treatment.

They said she is from Uttar Pradesh’s Ghazipur and was allegedly raped by Bahujan Samaj Party MP Atul Rai in 2019.

The MP has been in judicial custody in the case for the last two years.

Before attempting suicide, the woman, together with the associate, had recorded a Facebook live video, in which she disclosed her identity and alleged that she had filed the rape case against Rai in 2019.

She had also alleged that some senior police officers and others were supporting the accused.

Deputy Commissioner of Police (New Delhi) Deepak Yadav had at that time said an inquiry was underway to ascertain the exact reason, but it was suspected she attempted suicide as she feared being farmed in fraud cases by the accused party.

In the live Facebook video, she had claimed that a non-bailable warrant had been issued against her by a local court in UP and that she was summoned by the judge.

In March, the woman had filed a plea in the Supreme Court, seeking transfer of her rape case for fair trial from Allahabad to Delhi on grounds of threat to her life.

Later in August, a local court in Varanasi issued a non-bailable warrant against her in a case of forgery based on a complaint filed by the accused MP's brother. (With PTI inputs)