The new FZ compared with the segment benchmark in pictures 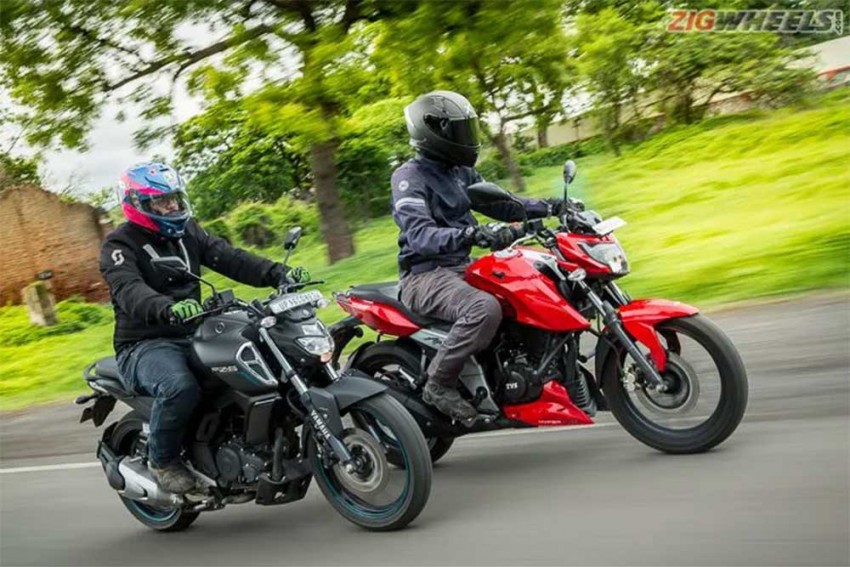 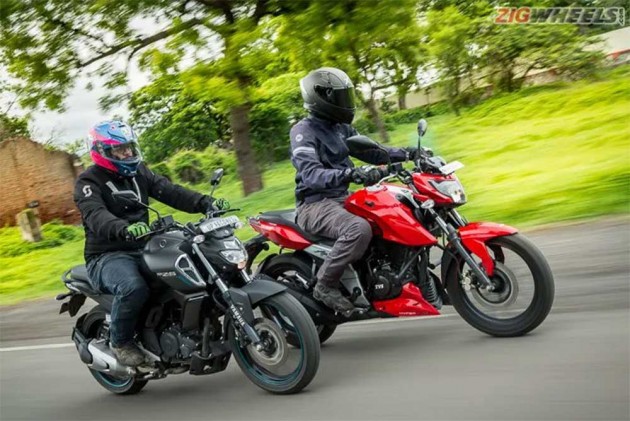 There would not have been a 160cc sporty commuter class in India had it not been for the Yamaha FZ16. It was the affordable aspirational motorcycle that the 125cc users could upgrade to that offered a different flavour to the Pulsars and the Apaches of the time – and especially the Honda Unicorn, which was fairly conservative. Its muscular styling, punchy motor, sophisticated suspension setup and the chunkiest rear tyre that you could find on a 150/160cc motorcycle also helped it capture the attention of budding enthusiasts. 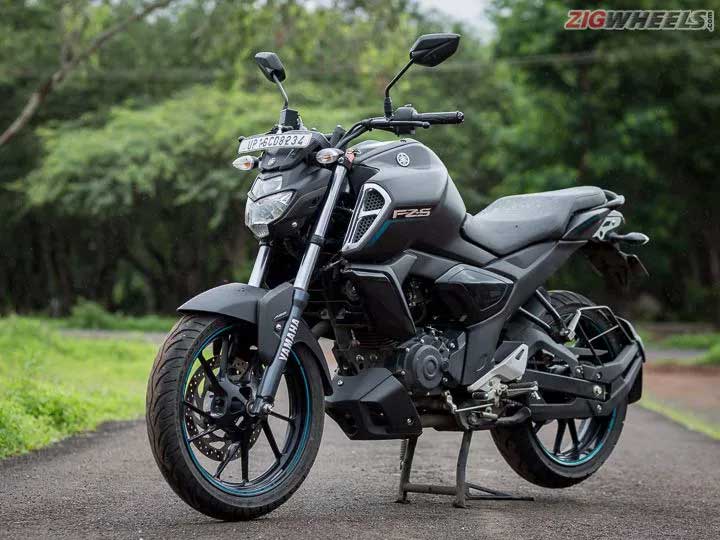 Yamaha gave the FZ a mid-life update of sorts earlier this year with the FZ Fi V3.0 and the swankier FZ-S Fi V3.0. Now that we finally got our hands on it, pitting it against what we think is the new king of the segment, the TVS Apache RTR 160 4V, was a no-brainer. So has Yamaha finally done enough to claim the sporty 150-160cc crown? 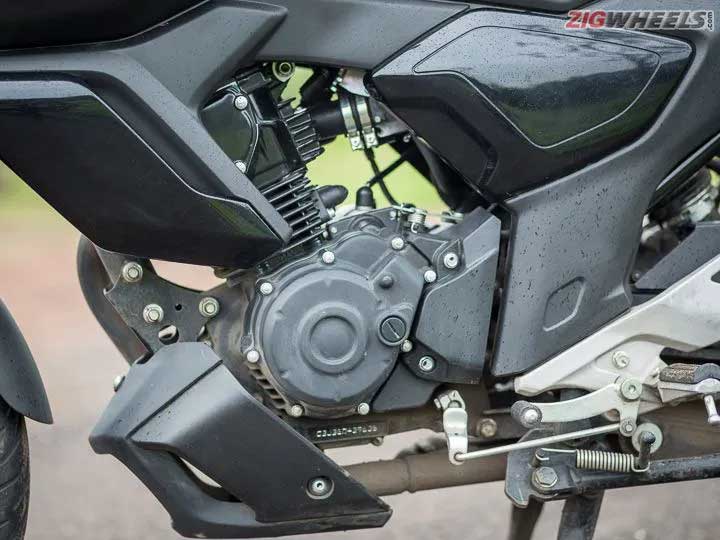 Right off the bat, things don’t look too good for the FZ. When Yamaha downsized the engine from 153cc to 149cc in the v2.0 update, even with the shift to fuel-injection, the bike lost out on both power and torque. And sadly, the engine has remained untouched for the V3.0 update. So the numbers are the same 13.2PS and 12.8Nm as before. 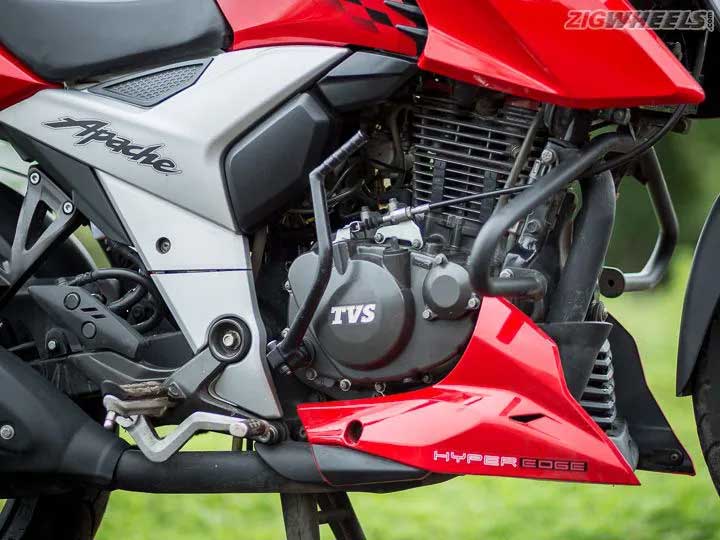 TVS on the other hand really upped the small Apache’s game last year. The 160cc Apache carries over the 4-valve setup from the larger RTR 200 4V and has the bore/stroke figures of the older 160 but with a higher compression ratio.  This RTR 160 4V delivers 16.5PS and 14.8Nm making it the most powerful bike in the air-cooled 150-160cc segment. 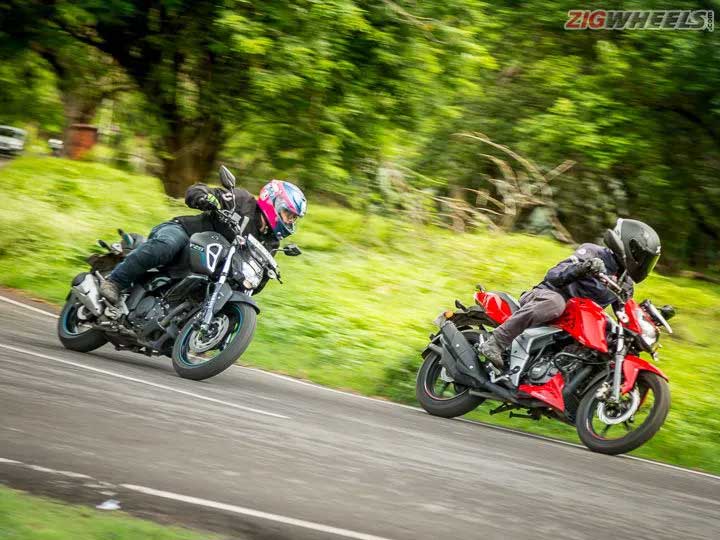 In 2019, the FZ is one of the least powerful motorcycles in its class. In the acceleration runs to 60kmph and 100kmph, the Yamaha is not just outclassed by the Apache but by every other bike in its segment. Thankfully though, it does pack a punchy mid-range, so it manages to be fractionally quicker in the third gear roll-on acceleration test than the Apache. 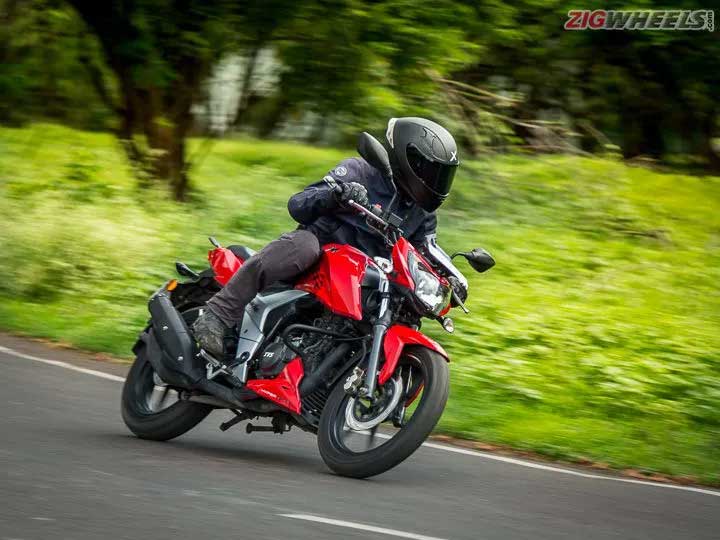 The Apache has the livelier engine with a linear power delivery. The drive is not focused in the mid-range like the FZ or its other 160cc rivals, but spread across the rev range all the way to its redline at 11,500rpm. Hence, the Apache is quick to shoot off the line, posting significantly quick 0-100kmph times. And it is tractable too, pulling away from speeds as low as 30kmph in fifth gear. 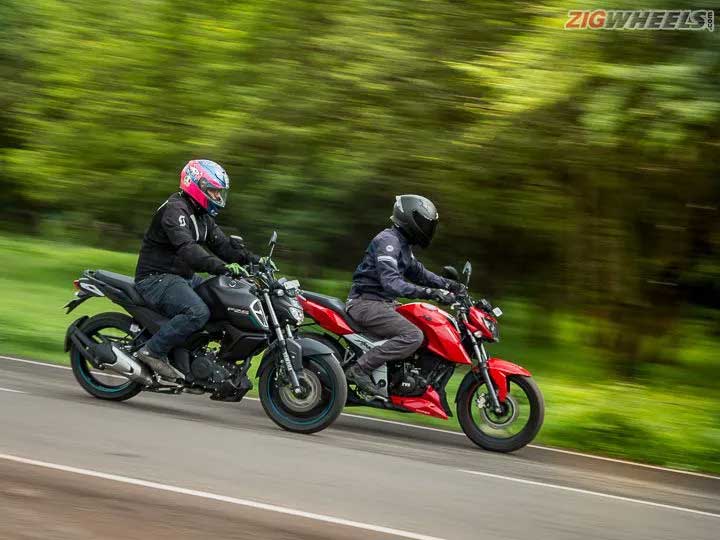 Engine refinement was one area where we thought the Yamaha could have the edge but that is not the case either. The 4-valve equipped motor on the RTR 160 is super refined, with some buzz experienced only close to the redline. The FZ feels gruff in comparison. It sounds rough right from 4500rpm and then at 6500rpm, you are met with few vibes at the tank and pegs. 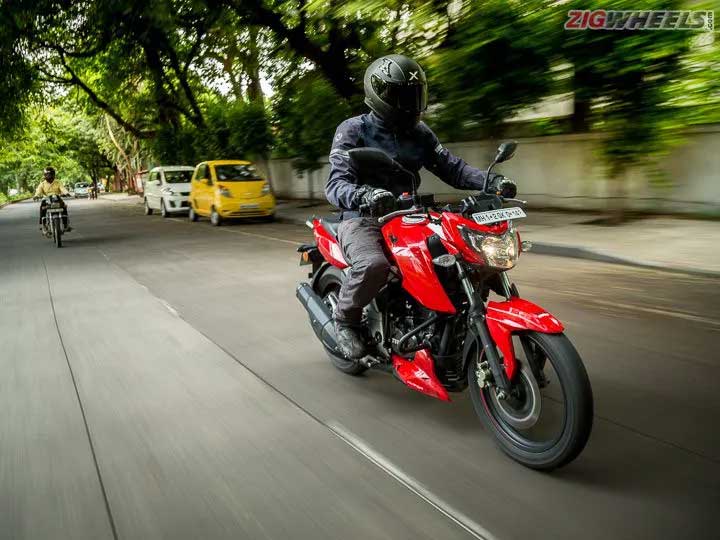 Also, the Apache’s five-speed gearbox is ultra-smooth. The effort required to change cogs is minimal, just a slight tap does the job. Gear shifts on the FZ are positive but no where as slick as the Apache’s. 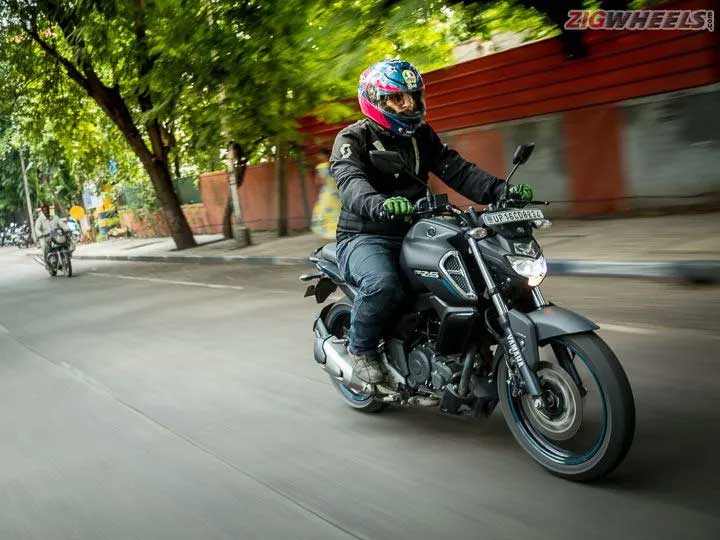 Yamaha’s ploy to extract more fuel efficiency from the FZ’s mill by reducing its capacity and dropping its power might have worked when compared to other 160s, but not against the Apache. It is extremely commendable that despite having more power on tap, the 159.7cc mill found on the Apache is the most efficient engine of all 160s we have tested so far. 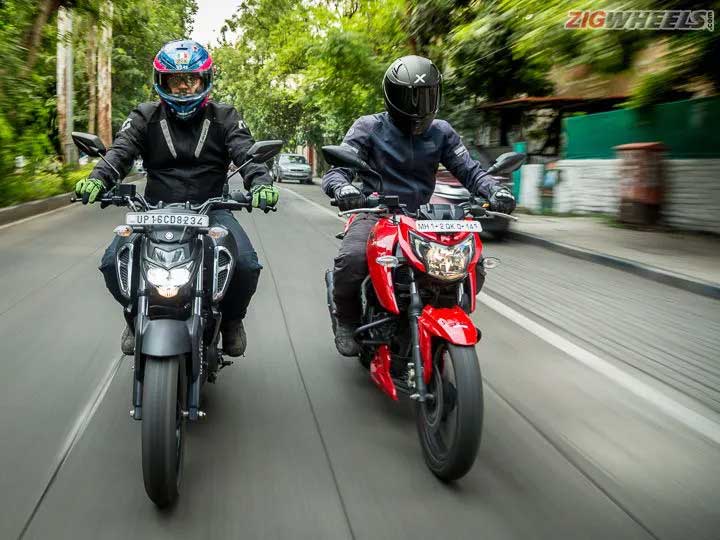 And mind you, this is the carburettor version of the Apache that we have tested. Expect these figures to improve with a fuel-injected motor, thanks to crisper throttle response and precise fueling. 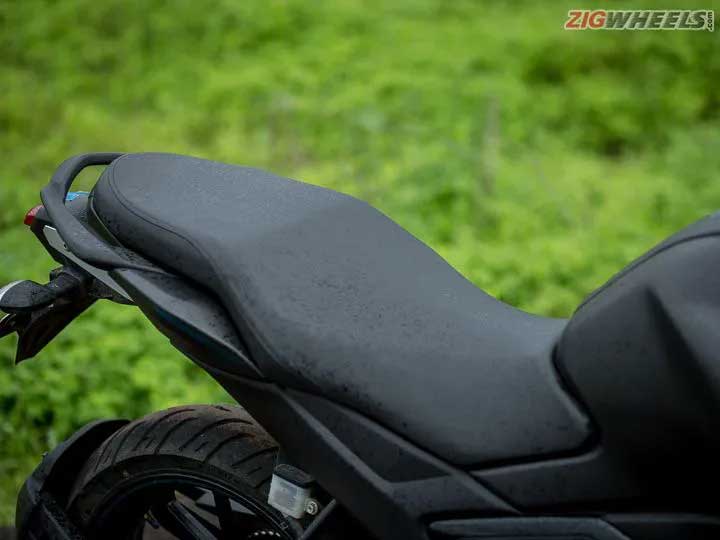 On this new FZ, the split-seat setup has made way for a single-piece unit which is wide and comfy. Yamaha has raised the wide handlebars by 22mm and pulled it slightly closer to the rider. Add to it the fairly neutral set pegs, and the overall posture is in no way taxing on your body. Surprisingly though, the FZ’s saddle is still a very familiar place to be in. 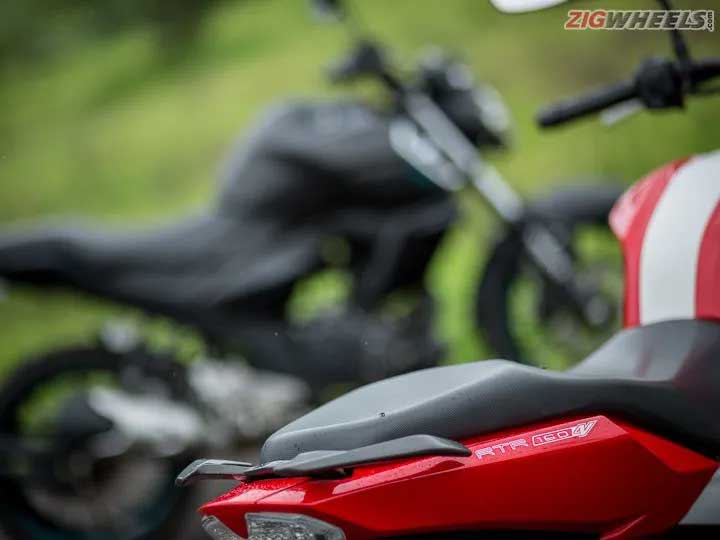 Switch over to the Apache and you will notice that the riding position is a bit on the sportier side. You lean forward a bit  as you have to slightly stretch to get to the wide bars due to the long fuel tank. The footpegs are on the higher side which can cause your legs to feel cramped if you’re not used to sporty ergonomics, though this will be more of an issue for those with large or long limbs. Considering that these are primarily urban motorcycles, the FZ just has the edge in this regard. 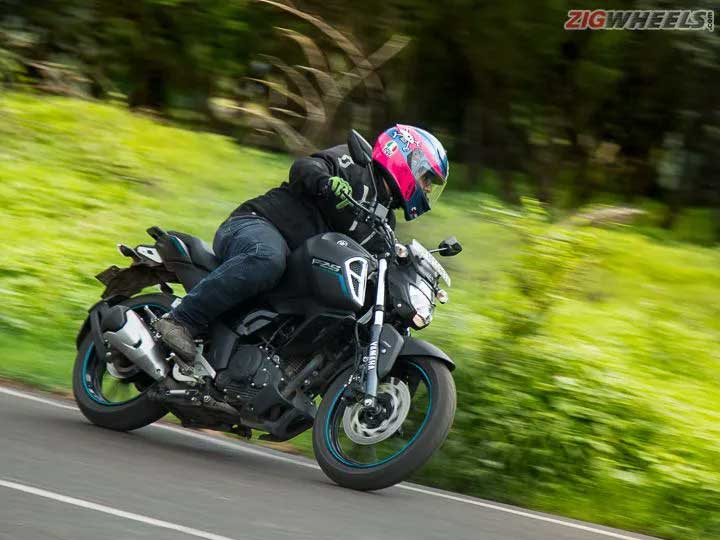 And in the urban jungle, both motorcycles fare well in terms of ride and handling. Both soak in bumps with ease and are agile enough for when you need to wade through traffic. The FZ feels the livelier bike of the two. It is 8kg lighter, has a strong mid-range and the wheelbase is nearly 30mm shorter. Couple that with the upright ergos and you are looking at a nice city slicker. 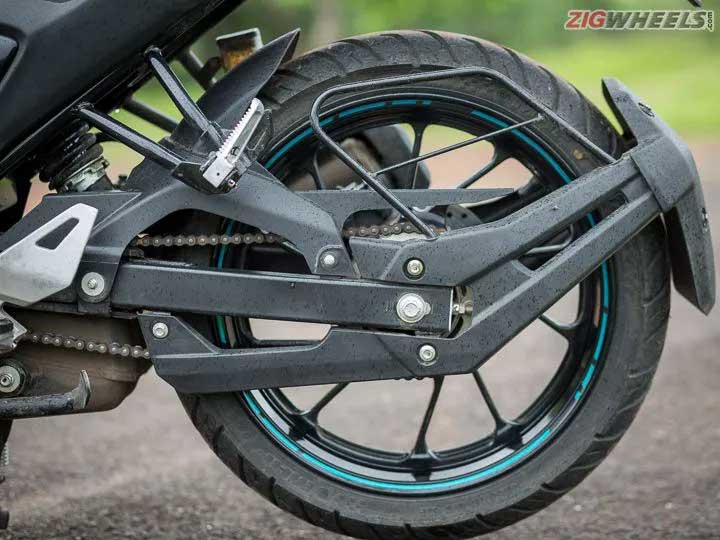 However, it is slightly let down by the rear suspension. When going over sharp bumps, the slow compression tune of the shock does make you feel the thuds. It is not a back, or a deal breaker but the reason we are mentioning it is because the Apache’s suspension setup makes you feel like you are just gliding over everything. 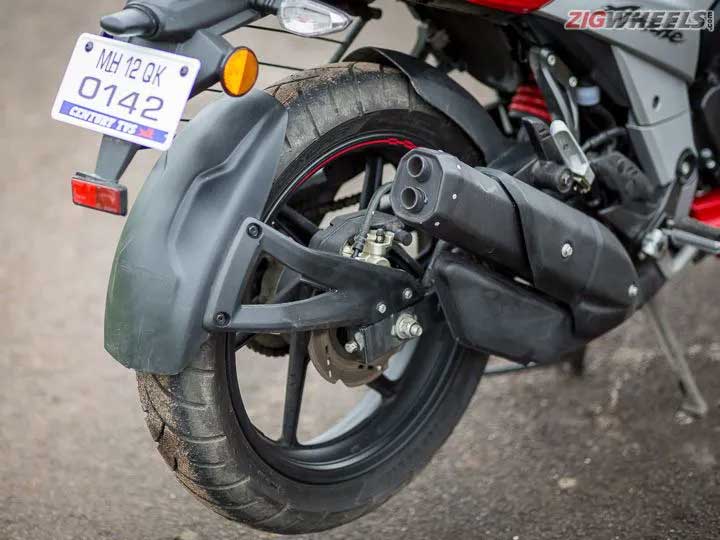 After all, the units used on the Apache have been tuned by suspension tuning experts at Showa. In fact, you’ll be hard pressed to find bumps where the RTR 160 actually feels unsettled. 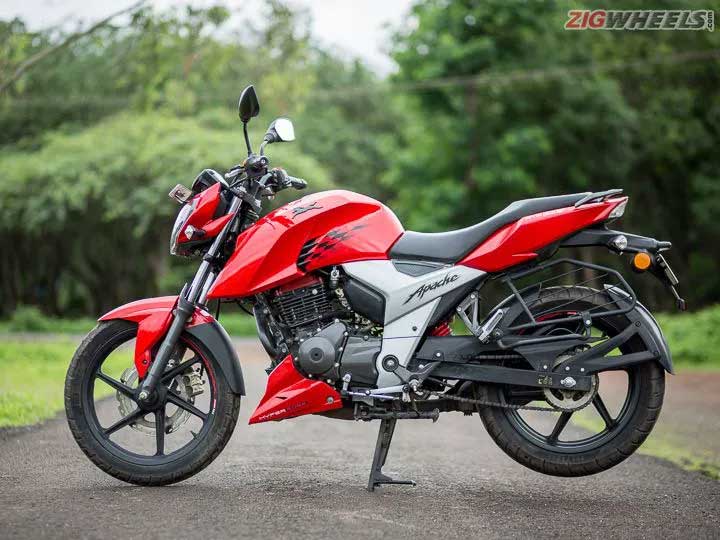 On the weekends, you will have more fun on the Apache. It tips in effortlessly into corners and holds its line quite well. The narrow tyre dimensions are one of the main reasons why the RTR 160 feels so nimble while the long-ish wheelbase provides enough mid-corner stability. And it goes without saying which one of these will keep you engaged once you exit the bend. 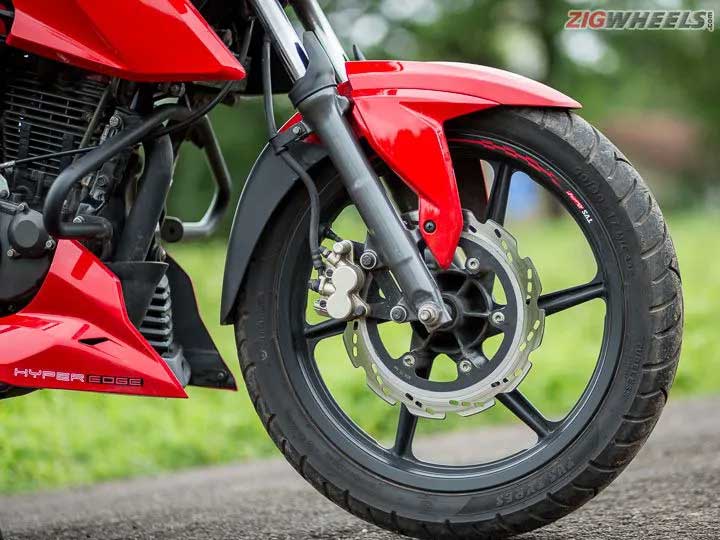 The letdown on the RTR 160 4V has to be its brakes. Stopping power is severely lacking with little feedback provided. The figures above are of the non-ABS version we tested earlier. While we are yet to test the new single-channel ABS equipped version, we hope that TVS has improved on this front. 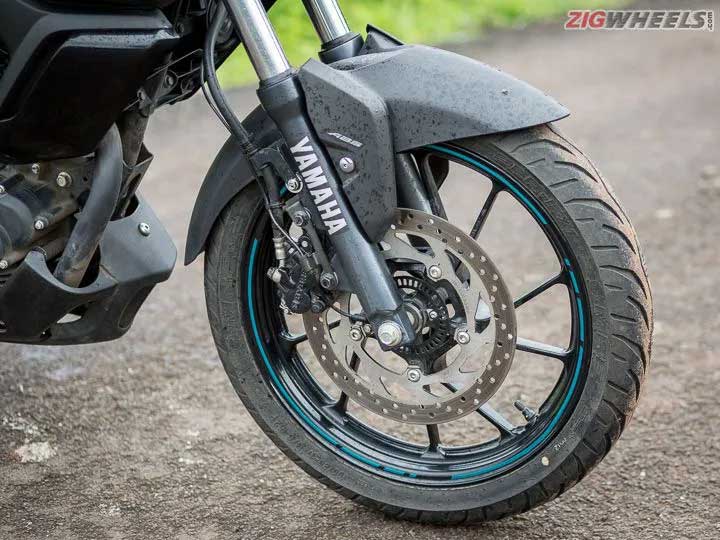 In comparison, the Yamaha excels in braking. Not only does it prove to be the stronger one on the brakes, it also provides the better braking experience. It sheds speed in an instant, providing great feedback at the lever. Even ABS intervention is almost non-existent unless you are riding over gravel or other slippery surfaces. The TVS Remora tyres on the RTR 160 4V provide decent grip but they are not as good as the MRFs on the FZ. The latter provides great stability even as you stamp on the rear brake. 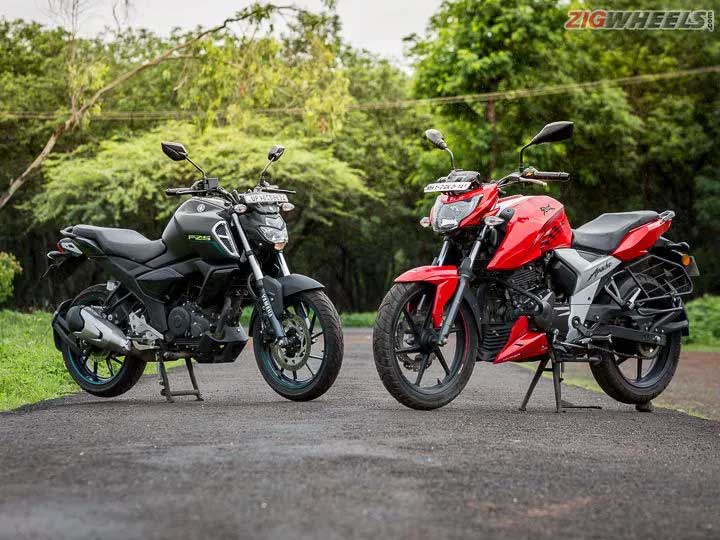 We are split when it comes to the styling of the two. These two motorcycles look just like their larger cubic capacity siblings, the FZ25 and the Apache RTR 200 4V. The Apache RTR 160 4V in particular looks just like the RTR 200 4V. From afar, it is hard to differentiate between the two Apaches, and it’s only when you get closer that the one-piece flat seat, flat handlebar and slimmer proportions of the 160 become obvious. 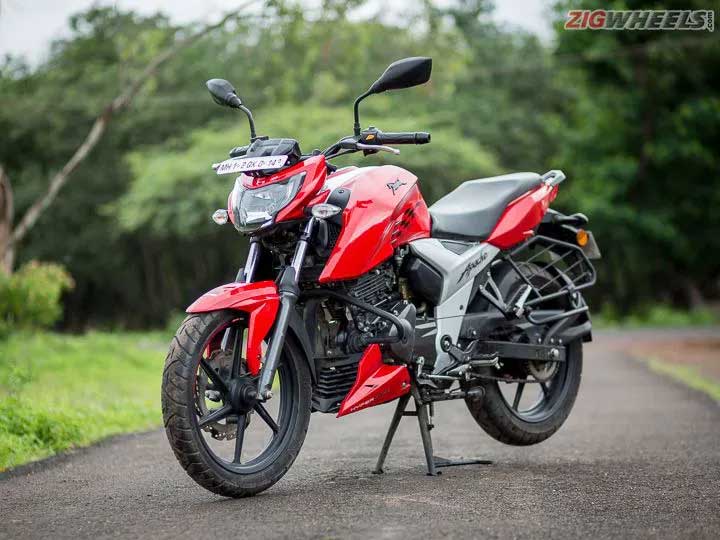 Even though this new design language of the Apache has been around for the better part of four years, it has aged quite well, and looks quite pleasing thanks to the three bright colours to choose from. 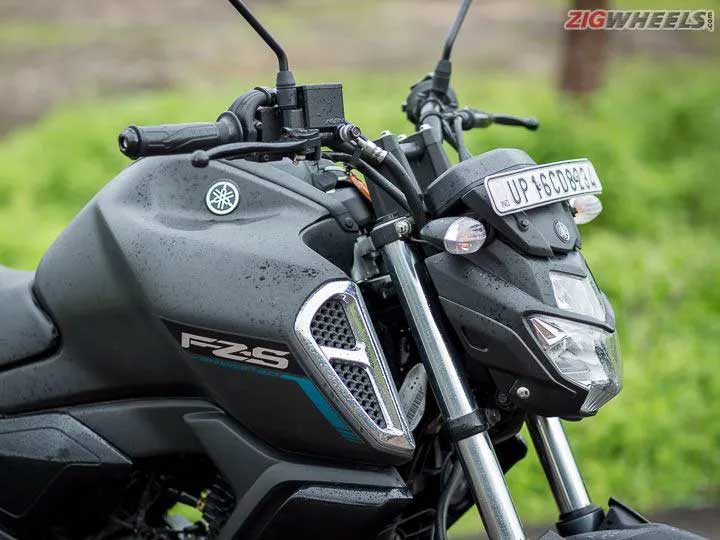 We have two major grouses with the FZ. Firstly, the LED headlamps offer very little in the way of illumination. On badly lit roads, you’ll struggle to see what’s at a distance and even the spread of the beam is nothing to write home about. Then there’s the issue of overall quality. 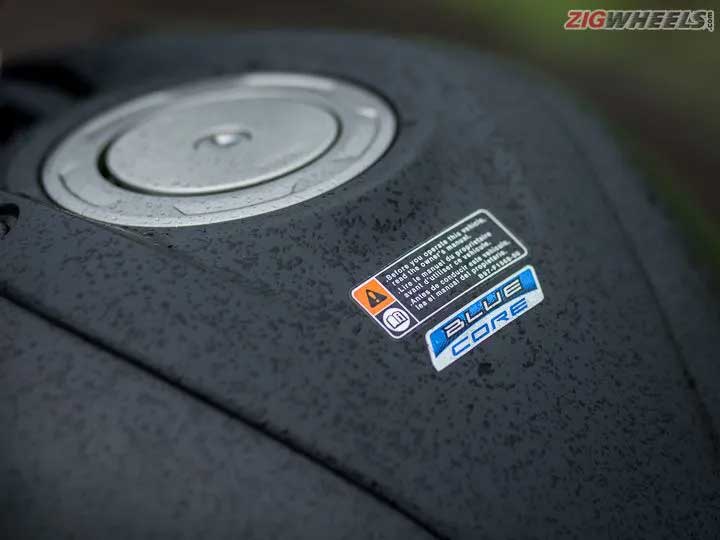 While the bike does still feel fairly solid, the quality of the plastics has taken a serious dip from the bikes the company made up until a couple of years ago. Its predecessor, the FZS-FI v2.0, felt significantly better made. Cheaper feeling plastics are the last thing you’d want to see on a bike that’s supposed to be an evolution, especially one that’s also gotten more expensive. 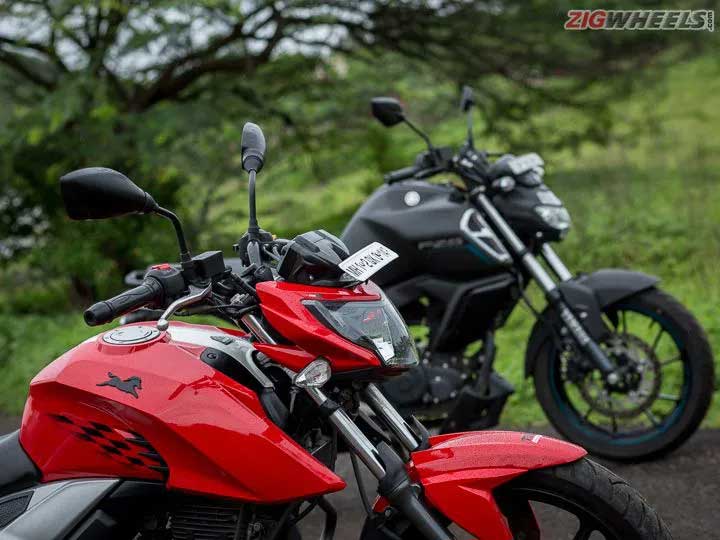 In nearly every aspect, except maybe ergonomics and braking, the Yamaha FZS-FI v3.0 fails to outshine the Apache. It still delivers better fuel efficiency compared to other 160s, but the Apache has this aspect in the bag too. When you factor in that Yamaha has now priced this FZS-FI at Rs 98,180 - a whole Rs 5,000 more than the carburetted variant of the TVS Apache RTR 160 4V (and just Rs 1,000 less than the fuel-injected version) - the FZ immediately starts feeling rather difficult to justify. 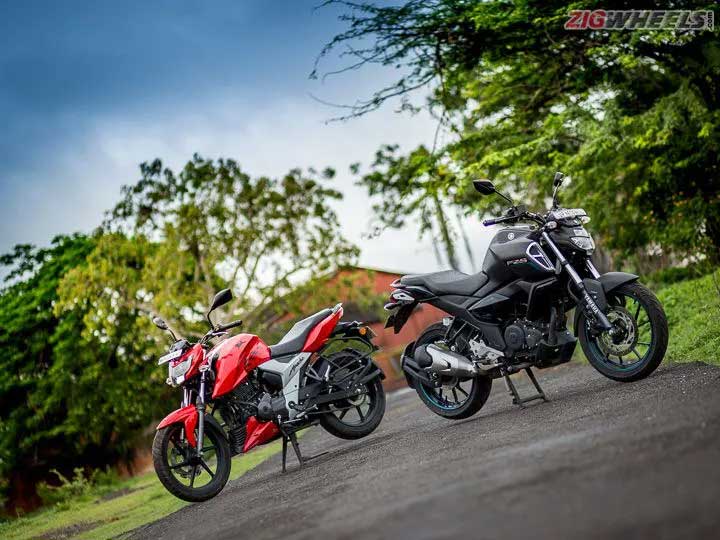 You could save yourself a couple of thousand bucks by going for the regular FZ-FI v3.0 over the FZS, but as a complete package, the Apache offers much more and feels like it’s worth every penny. Thanks to its sweet engine and supple ride quality that’s great for everyday riding, the RTR 160 4V still remains our choice in this segment. That said, our previous favourite in this segment, the Suzuki Gixxer, has just received a major update. Can it shake our faith in the Apache? Well, that’s a story for another day.