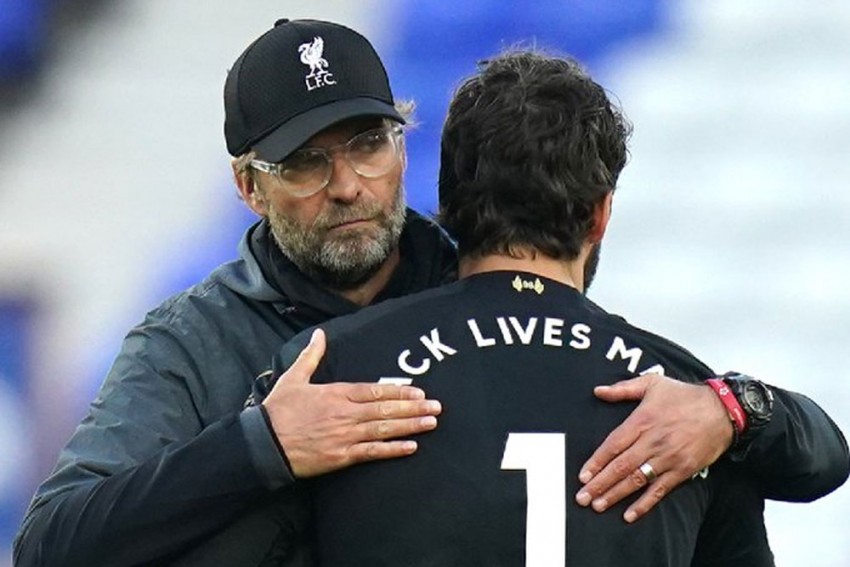 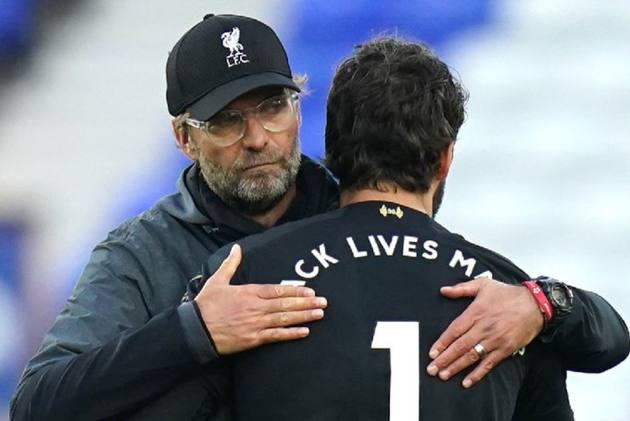 It's getting closer, and that's about the best Liverpool can say about the 236th Merseyside derby.

Yes, they dropped points in the Premier League for just the third time this season, but Liverpool always draw at Everton. It's seven times in the last eight meetings in the competition now that the Goodison game has ended in stalemate.

That elusive Premier League trophy is nevertheless edging its way towards Anfield, and that means this latest visit across Stanley Park can be chalked up as a successful mission.

Had Dominic Calvert-Lewin converted the chances that came his way in the second half, or Tom Davies buried a glorious match-winning opportunity, then the elbow bump followed by an attempted bear hug from Carlo Ancelotti for Jurgen Klopp at the final whistle might not have been so gladly received.

For Everton were Liverpool's equals in this first match back for both sides since the league was suspended in March, and that should provide cheer for those on the blue side of the city fence.

Klopp's Reds, whose lead over Manchester City has been clipped slightly to 23 points and could drop to 20 when Pep Guardiola's men face Burnley on Monday, ought to have nothing to worry about.

They, as much as Everton, could have won this game, which was not a classic by any means. They rarely are: with tempers raging and tackles flying in, football can come second to animosity and score-settling in the derby.

But unusually this was tepid, akin to pre-season fodder, one to chalk off probably as a settler for the rest of the games that will rush by over the next five weeks.

The coronavirus effect on football has inevitably cast a dampener on Liverpool's special campaign, and empty seats at the home of their rivals were a sorry sight.

Everton and Liverpool have not traditionally done social distancing particularly well, with Goodison Park and Anfield being uncomfortably close.

The boys in blue have been in their neighbours' shadow for the past 35 years too, and seeing Liverpool carry off the title this season will sting.

Yet in the league table, these teams have unmistakably been keeping their distance from one another this season.

Everton began the game with just 37 points, a full 45 fewer than Liverpool, the greatest gulf between the sides for a Merseyside league derby in their histories.

For a while, the contest was a great advert for a points-per-game resolution and an abandonment of the campaign - the resolution many of those without an eye on football's finances have thought wise all along.

But then came the flashes of excitement you remember from when football stadiums were packed, and supporters would chide one breath, cheer the next, and when players would respond and the energy would grow, sending the temperature of these occasions soaring.

Roberto Firmino burst forward and drove his shot wide, Trent Alexander-Arnold went for goal with a free-kick from 35 yards that could have embarrassed Jordan Pickford, and then Liverpool lost James Milner to an apparent hamstring problem, a dose of first-day-back-at-school glumness for the midfielder and Klopp.

Naby Keita shot just off target after a neat one-two with Firmino before Everton began to hog the chances, Richarlison squandering a big opening when he blazed high and wide of Alisson's goal, his composure still in lockdown.

11 - Liverpool manager Jurgen Klopp has managed more games against Everton in all competitions without defeat than versus any other opponent in his managerial career (P11 W7 D4). Bragging. #EVELIV pic.twitter.com/rXRH6EEz6g

Calvert-Lewin almost made the breakthrough when he produced a delicate backheeled flick to divert Richarlison's cross from the left towards goal.

Alisson made the save but the ball still reached Davies at the far post, the 21-year-old seeing derby glory before him but sending his shot against the foot of the left post.

Calvert-Lewin headed wide for Ancelotti's men moments later, with the visitors clinging on.

Liverpool might be about to anti-climax their way through the final leg to glory, but glory all the same is surely still coming.