Kapi Dev, who famously led India to their first Cricket World Cup title in 1983 against all odds, claimed that Virat Kohli & Co will win seven out of ten matches against Pakistan. The two arch-rivals face off in a group match of ICC CWC 2019 at Old Trafford, Manchester on Sunday 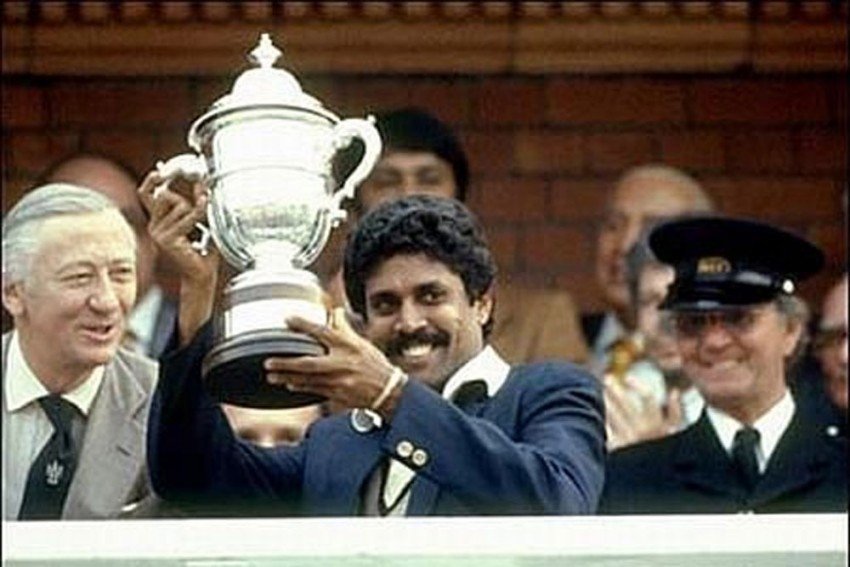 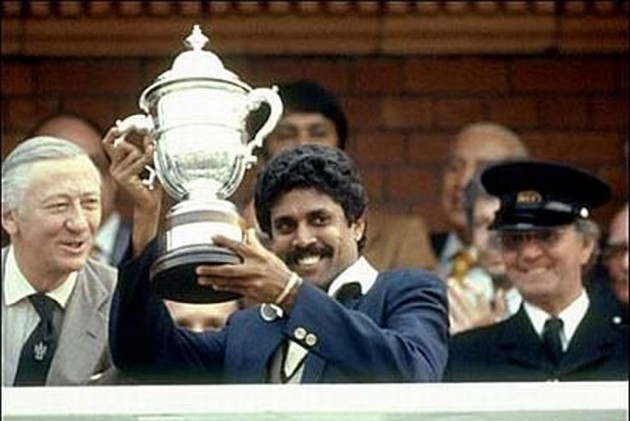 In the 2019 ICC Cricket World Cup's marquee clash, former champions and fierce rivals India and Pakistan will face in a group match at Old Trafford, Manchester on Sunday. Ahead of the high-voltage match, legendary Kapil Dev said that India are a far better side than Pakistan, and he doesn't see Virat Kohli's team losing to Sarfaraz Ahmed's Pakistan.

"The India-Pakistan match, I have to keep my fingers crossed about it... I hope the players don't keep their fingers crossed... (laughs)... Just keep on playing. Looking at both the teams, [this] Indian team is definitely far better. I am not saying because I am Indian," said Kapil in Chennai on Friday.

Also Read: Kohli Warns Pakistan In The Most Subtle Manner

India are undefeated so far in the tournament, and five points from three matches -- two wins, against South Africa and defending champions Australia and one abandoned match against New Zealand. 1992 champions Pakistan have lost two of four matches. They beat England but lost to West Indies and Australia, while their match against Asian rivals Sri Lanka was abandoned to share the spoils.

Historically, Pakistan have dominated India. But in the World Cup, India have a perfect record against Pakistan. They have won all six of their previous World Cup matches against Pakistan, with five of those victories coming while defending.

In 131 ODI meetings, Pakistan lead the head-to-head record 73-54 with four no-results. But again, India have managed to turn the table on their fierce rivals since losing five matches on the trot in 2005-06. In the last 30 meetings, India have won 19 times.

"But I feel when I was playing, the Pakistan team was much better than us. Today, I can say that if they play 10 matches, India will win 7. India are far better than Pakistan... What happens that day God knows."

Also Read: Will IND Vs PAK Match Be Washed Out?

On the rise of Indian fast bowling over the years, Kapil said if an Indian (Jasprit Bumrah) is the number one fast bowler in the world, it shows that "we have come a long, long way".

"When you don't have something and you get it, you feel proud about that. That is what has happened to the Indian team in the last 15 years, bowlers started coming up. Often, all cricketers say bowlers win matches."

"When I saw him (Bumrah) the first time, I thought that he will not have such ability. I changed my word and I say God, he is really fantastic. From such a short run-up, he can produce so much pace. I just want him to be fit for the next five years."

Asked to compare his captaincy with that of the current skipper Kohli, he said: "Virat Kohli... He is too good. I don't think I can compare myself with him. He is really good. He is the no.1 player in the world."

Also Read: How Effective Amir Has Been Against Kohli's Team?

Queried if he felt the catch of Viv Richards in the 1983 World Cup final against the West Indies was the best he had taken, he said: "I don't think so. I can say an important catch, not the best. It was very important according to the situation. The important catch was that of Clive Lloyd, the next wicket because we started believing that we could win after that dismissal."

Kapil also backed former captain MS Dhoni following the controversy over his gloves which had an Army insignia embossed on them. The ICC turned down BCCI's request to let Dhoni wear the same gloves, saying it was against its regulations.

"It is not a controversy and he showed a feeling within him to put a logo there and we have to go with the system. I don't think he realised that it is going to be such a big thing.... you have to go through the system or the law.

"I respect Dhoni and he showed passion and love for his country and Army people and that is nothing wrong."

Kapil led India to their first ever World Cup victory in 1983 against all odds, thus sparking a cricketing revolution in the country.