Mohammad Bashir was bowled over by MS Dhoni's benevolence when India's World Cup-winning captain went out of his way to arrange a ticket for him in 2011, and now he's landed in Manchester for India vs Pakistan match of ICC Cricket World Cup 2019 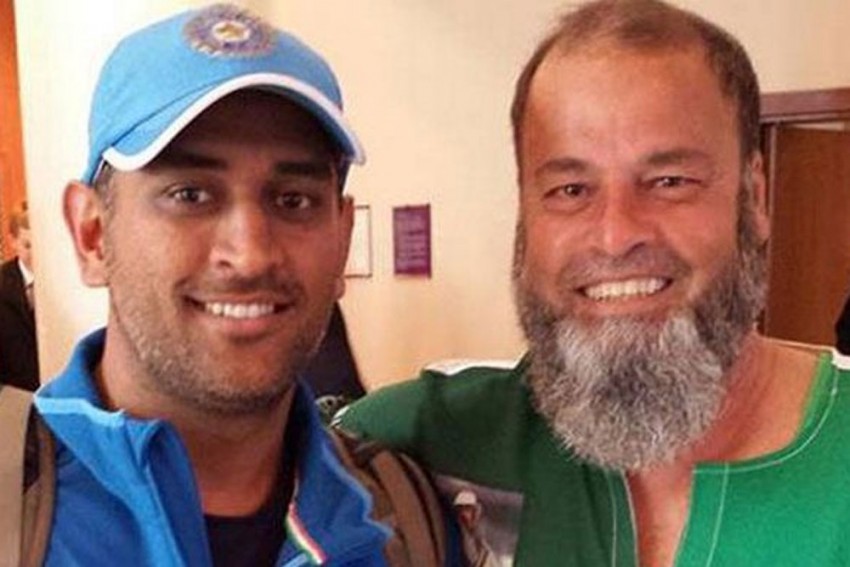 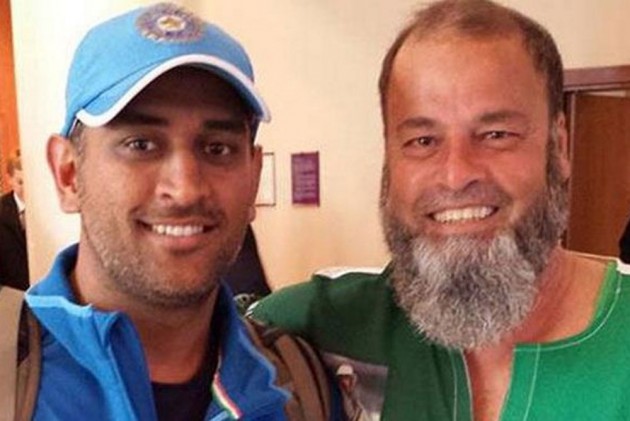 The bond between MS Dhoni and Karachi-born Mohammad Bashir aka 'Chacha Chicago' blossomed during the 2011 World Cup semifinal between India and Pakistan and it has only grown stronger since then.

Such is the bond that Bashir has flown into Manchester from Chicago (approximately 6000 kms) for Sunday's high-octane Indo-Pak contest without a match ticket. He knows that Dhoni will ensure that he is it at the Old Trafford when the first ball is bowled.

"I arrived here yesterday and saw that people are ready to pay as much as 800-900 pounds for a ticket. A return ticket from Chicago costs the same. Thanks to Dhoni, I don't have to struggle for a match ticket," the 63-year-old, who owns a restaurant in Chicago and is an American passport holder, told PTI.

Also Read: Kohli Warns Pakistan In The Most Subtle Manner

The connection goes back to 2011. Bashir was bowled over by Dhoni's benevolence when India's World Cup-winning captain went out of his way to arrange a ticket for him for the marquee clash in Mohali, a showdown for which most fans would pay an arm and a leg to watch in person.

Eight years later, the heartwarming story of Bashir and Dhoni continues. It is not a surprise anymore that Bashir supports Dhoni's team over the country of his birth whenever the two sides clash.

Also Read: Will India Vs Pakistan Cricket World Cup Match Be Washed Out?

Dhoni might not be easily accessible for even his teammates at times but has never disappointed Bashir.

"I don't call him as he is so busy. I keep in touch only through text messages. Long before I came here, Dhoni assured me of the ticket. He is a great human being. I can't think of anyone else doing what he has done for me since that 2011 game in Mohali.

"Imagine I get the ticket for free when most would pay a fortune for it. I have got a surprise gift for him this time and I hope to give it to him later today," said Bashir.

After arriving in Manchester, he checked into Pakistan's team hotel where he met most of the squad members including captain Sarfaraz Ahmed, Mohammad Amir, Mohammad Amir and Hassan Ali.

One of his selfies was with Shoaib Malik and Indian tennis star wife Sania Mirza, an Indo-Pak union just like him and his wife. He checks into the Indian team hotel later on Friday.

His love for his homeland is understandable but the reason for his affinity towards India is his Hyderbadi wife, besides Dhoni of course. His match-day uniform has both India and Pakistan colours and Bashir calls himself an ambassador of peace.

While watching Indo-Pak games all-around the World, Bashir has made lifelong Indian friends and one them is the well-known superfan Sudhir, who mainly relies on funding from cricketers to support the team from stands. In fact, both are staying together in Manchester.

"I book the room and we stay together. Thanks to allah, I am doing okay (financially) and that is the least I can do for a friend. I just gifted Sudhir a phone and it made him really happy. These are the little things in life that give you happiness."

Bashir, who has overcome three heart attacks, carries as many 12 medicines when he is travelling. Before coming to the UK, he was in Saudi Arabia with his grandson during the holy month of Ramadan.

"It is not easy with my medical condition. Ab toh aisa lagta hain jab tak cricket chal rahi tab tak saasen chal rahi hain (May be I am alive only for cricket)," Bashir added.

No prizes for guessing that he is backing India to maintain their unbeaten run over Pakistan on Sunday.

India Vs Pakistan In Cricket World Cup: How Effective Mohammad Amir Has Been Against Virat Kohli's Team?