The Cricket World Cup encounter between India and New Zealand at Trent Bridge, Nottingham was abandoned without a ball being bowled. 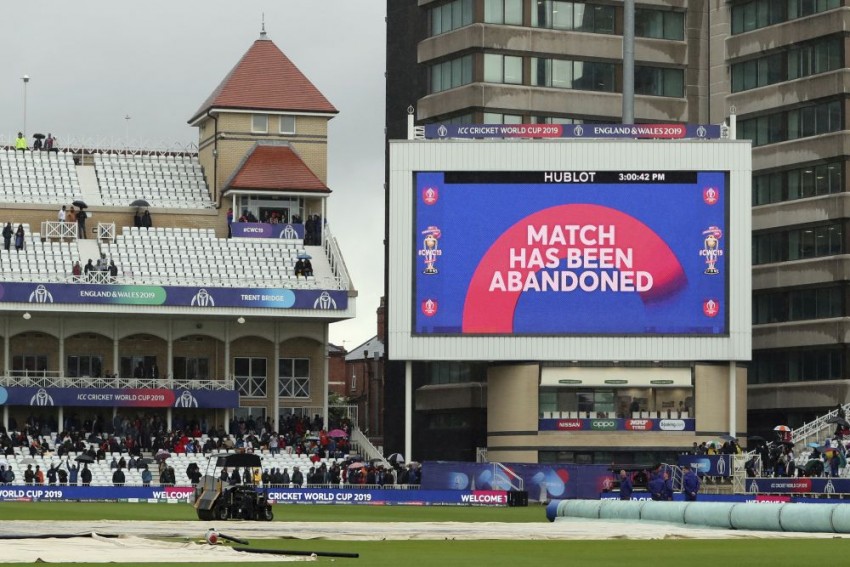 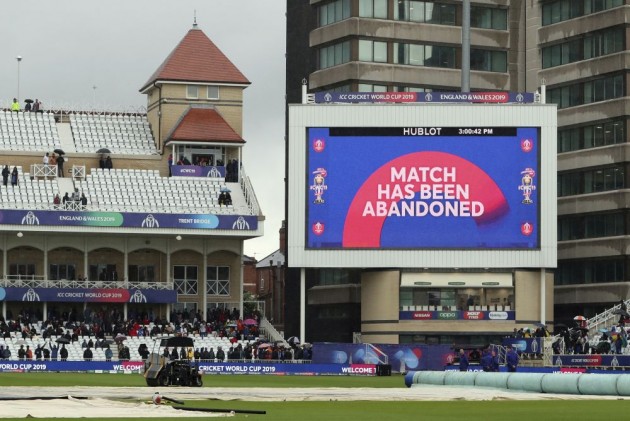 The frustrating English weather finally caught up with the Indian team as their third Cricket World Cup game against New Zealand was called off without a ball being bowled at Trent Bridge, Nottinghan on Thursday. (HIGHLIGHTS | POINTS TABLE | FULL SCHEDULE)

New Zealand have seven points from four games while India now have five from three with the next game against Pakistan in Manchester on Sunday.

Incidentally, the weather Gods are threatening to play spoilsport over there too.

The toss was delayed due to inclement weather and in the end it never took place. An inspection was to happen at 3 pm IST, the scheduled start time, but was put off after it started raining again.

The outfield was pretty wet after heavy showers in the past two days.

The umpires had one last inspection at 7:30pm IST before taking the decision to abandon the match.

This was the fourth such game in the ongoing tournament that has not yielded any result, something that will certainly increase ICC's worry.

While both the teams share a point each, the practical difficulties of not having a reserve day as stated by the ICC CEO David Richardson is certainly leaving the fans, especially the Indians high and dry.

The ICC refunds tickets if a single ball is not bowled but the hundreds of fans who have bought overpriced tickets from a third party are certain to lose money.

"I have paid 800 GBP (more than 70k INR) for a ticket. I am losing a lot of money. The black market rate for a Pakistan game is 2000 GBP. I can't afford that," said a software engineer who has come all the way from Singapore.

The broadcasters, however, can heave a sigh of relief as all the matches are insured and they can make up for losses.