India Vs New Zealand, ICC Cricket World Cup: Respected commentator Harsha Bhogle, always the one to see the intriguing drama in a cricket field, noticed the muddle the ground staff are in as they continuously labour to make the Trent Bridge ground play-worthy 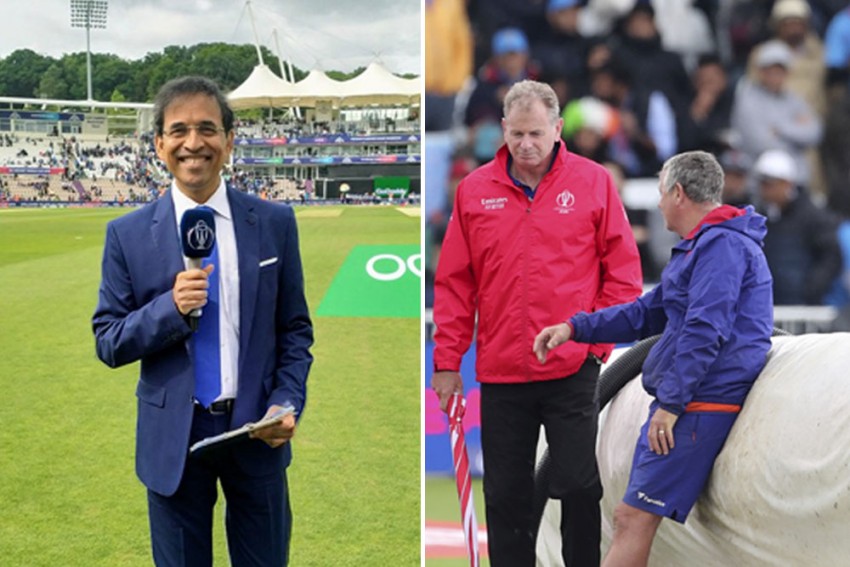 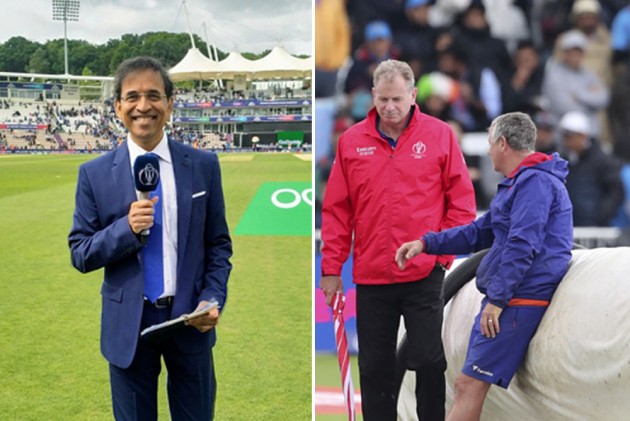 With the rain showing no mercy to cricket and scores of fans around the world on Thursday at Trent Bridge, Nottingham, the 18th match of the ICC World Cup 2019 between India and New Zealand became the third abandoned fixture. If players were frustrated with the waiting game, fans were left trolling the organizers, the all-powerful International Cricket Council. But not many spared a thought for the ground staff.

Respected commentator Harsha Bhogle, always the one to see the intriguing drama in a cricket field, noticed the muddle the ground staff are in as they continuously labour to make the ground play-worthy. It sure reminded him the predicament of mythical Greek king Sisyphus, who was ordered to push a large boulder up on a hill, only to find it rolling back, for eternity.

Also Read: Here's How Much An Abandoned Match Will Cost

Like Sisyphus, the ground staff here take the covers off and almost immediately begin the process of putting them on. Covers now coming off for 6th or 7th time

The sympathetic statement pretty much summed up the plight of a sport which has a love-hate relationship with the rain God.

Yesterday (Thursday) also witnessed an abandoned match between Asian rivals Bangladesh and Sri Lanka at County Ground, Bristol. Strangely enough, Lankans were also involved in the first abandoned match of the tournament, against Pakistan on June 7 at the very same ground. That’s not all. There was also a no-result between South Africa and the West Indies on June 10 at Rose Bowl, Southampton.

Meanwhile, the ICC has sought to justify no having reserve days, citing logistical concerns.