The artist Danish is associated with a local theatre group and has been playing the character of Lord Ram in Ramlila for the past six or seven years. 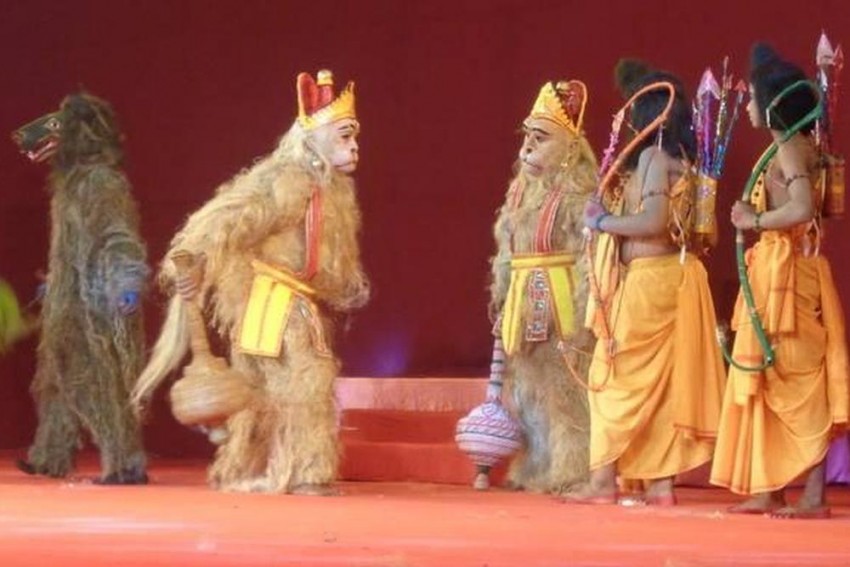 A Muslim theatre artist, who has been playing Lord Ram in 'Ramlila' in Uttar Pradesh’s Bareilly for a long time, has been threatened that he would be excommunicated and killed.

In a complaint to Bareilly’s Senior Superintendent of Police Rohit Singh Sajwa, 30-year-old theatre artist Danish, a resident of the old city area, has said that he got threats from a man of his own community.

Danish has said his tenant, who too belongs to his community and with whom he has some dispute, has tried to make an issue out of a Muslim playing the character of a Hindu god.

On Danish’s complaint, SSP Sajwan has ordered the Kotwali inspector of police to conduct a thorough inquiry and besides extending him necessary security.

Danish is associated with a local theatre group and has been playing the character of Lord Ram in Ramlila for the past six or seven years and he has got recognition for his feat.

Like previous years, he said, he was preparing for the Ramlila this time too but one of his tenants and his associate did not like it and tried to pressurise him over it.

When he did not relent, the tenant started threatening him that if he goes ahead with playing the character, he will be excommunicated and killed.

Danish alleged that when he tried to oppose them, the tenant and his associate attacked him with a knife. He, however, managed to save himself somehow with the help of his cousin.

Regarding the dispute, Danish said the tenant is neither paying him the rent nor vacating the two shops that he had hired from him.

Now he has started threatening him on the pretext of a Muslim man playing a Hindu god’s character in Ramlila, only to ensure that no rent is asked from him and he does not have to vacate the shops, Danish said.

The Kotwali police said directives have been received from the SSP and security will be extended to the theatre artist and investigations will be done.

It is a matter of dispute with the tenant and shows the wrong intentions of the tenant, police said.

Danish said that he is an artist and respects all religions.

“I play the role of Ram in Ram Lila, this time also the preparations are on but the tenant is making it a communal issue out of it and instigating people against it,” Danish added.