Standing Up To Be Counted

A few damaging witnesses, who the CBI claimed could not be traced, have surfaced in the last few days to say, that they are ready to depose against the high profile accused Congressmen if they are assured of rehabilitation and some protection. 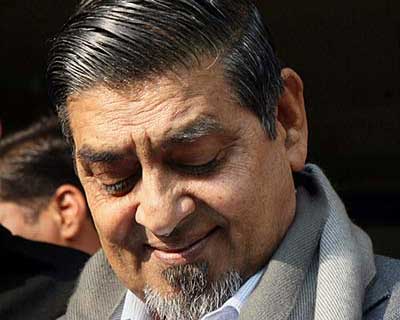 Last September when the CBI gave a clean chit to Jagdish Tytler for his alleged role in the 1984 carnage of Sikhs and sought closure of the cases against him on the ground that it could not get any witnesses, it was déjà vu for the Sikh community in Punjab. But anguish at yet another setback in the two decades old would was soon replaced by ennui and the Sikh leadership went back to its now familiar state of indifference towards a cause which moves few to action. Not so within the expatriate community in the US though, which has decided to take things into their hands and push the agenda for getting the perpetrators of history's worst carnage against Sikhs convicted.

Result: a few damaging witnesses, who the CBI claimed could not be traced, have surfaced in the last few days to say, that they are ready to depose against the high profile accused Congressmen if they are assured of rehabilitation and some protection. This is mainly due to the efforts of the US based 'Sikhs for Justice' (SFJ) led by advocate Gurpatwant Singh Pannu, a coordination of committee of gurudwaras in the US which is currently raising funds and mobilizing community leaders to join hands for this cause. Says its spokesman in India, Karnail Singh Peermohammed, "On November 5th we took a vow to mobilize the Sikhs and drum up support for the beleaguered witnesses so that they can depose fearlessly. We have managed to bring out three of them and have identified another 17 of them in different parts of the country who had earlier resiled from their testimonies due to pressure but are now prepared to speak the truth. They are eyewitnesses to the involvement of not only Tytler but Kamal Nath and Sajjan Kumar too."

That expatriate Sikhs have been setting the agenda for Punjab based Sikh organisations in religious and temporal matters in recent times is a well acknowledged fact. Consequently, the SFJ's appeal to the highest temporal body of Sikhs the Akal Takht and the Shiromani Gurudwra Prabandhak Committee (SGPC) both of whom are facing considerable flak for not giving the right leadership to the community, responded immediately.

The SGPC has made a public offer to protect and give succor from harassment to all such witnesses in the larger interest of the Sikh community. Surinder Singh, (see interview linked at the bottom of this page) the head granthi of a gurudwara in Delhi is the one of the first to respond to the appeal, followed by Gurcharan Singh a bed ridden 60 year old living in Mohali and his two brothers who had filed an FIR against Sajjan Kumar for allegedly being instrumental in throwing him into a burning truck along with others in 1984.

Following Surinder Singh's declaration at a press conference some days ago that he is ready to tell the truth the CBI, a few days ago, recorded his five hour long testimony in which he has reportedly dwelt at length on Tytler's involvement . It relates to a case of rioting and killing of three persons in Gurudwara Pul Bangash on November 1st, 1984 soon after the then PM Indira Gandhi's assassination. Interestingly, in 1992, 31 persons were acquitted in this matter after a trial and though Surinder Singh was named as a witness he was never called by the police for investigation. Later he deposed before the Nanavati Commission which in 2005 referred this, and six other cases to the CBI for reinvestigation. Surinder Singh is currently in Punjab and wants the SGPC to keep its word and help him re-settle here. "I cannot go back to Delhi because that will be suicidal for me. Tytler's henchmen will not leave me", he told Outlook.

Another witness traced by the SFJ is Jasbir Singh now living in the US. When the CBI sought closure of this case against Tytler and told a Delhi court that it could not locate Jasbir, he appeared on a news channel saying he is ready to depose. Following this, the Additional Chief Metropolitan Majistrate Sanjiv Jain rejected the CBI's appeal and directed further investigation in the case. However, Jasbir Singh who had earlier told the Nanavati Commission on August 31st , 2002 that "he had overheard Tytler rebuking his men on the night of November 3red 1984….. for nominal killing of Sikhs in his constituency", has expressed apprehensions about coming to India to depose. His counsel Navkiran Singh told Outlook, "Jasbir wants the CBI to record his testimony in the US either through video conferencing or by sending an official as he fears for his life."

That no one of note has been punished for the carnage is a festering sore for the Sikhs as a whole, even today. It crops up in public discourse and in private conversations, and was most starkly visible when last year a Chandigarh court convicted the assassins of then Punjab chief minister Beant Singh who was killed in a bomb blast outside the Chandigarh secretariat in 1994. The popular mood as articulated at that time by the Jathedar of the Akal Takht, Joginder Singh Vedanti, was that these youth should not have been given the death penalty for a crime which they had committed in the heat of the moment. Most felt that when the accused in the 1984 carnage against Sikhs are still scot-free why should these Sikh boys be convicted.

Equally palpable is a strong resentment against the Sikh political leadership in Delhi and in Punjab for its failure to pursue these cases doggedly and avenge the wrongs done to the entire community. Says Navkiran Singh, "There is a realization now that the cases have not been handled properly by the Sikh politicians of Delhi many of whom have played a negative role by not ensuring the protection of witnesses. Even the SGPC, which has offered to help the witnesses is even now not playing a constructive role. Look at how Surinder Singh is running from pillar to post to get rehabilitated in Punjab. Yes, we Sikhs are feeling let down by our own leaders but who cares?"

This week HS Phoolka, Delhi advocate and co author of When a Tree Shook Delhi who has doggedly pursued 1984 carnage cases for the last two decades, wrote a letter to the Punjab chief minister Prakash Singh Badal seeking Punjab Police security for the witnesses who are coming out of the woodwork. He told Outlook, "The security provided by the Delhi police is counterproductive as it is designed more to keep an eye on the witnesses. The Punjab government should depute its own policemen. We strongly feel that this is an issue which affects Punjab directly even today because by not ensuring punishment for the accused you are increasing resentment. Militancy increased in Punjab mainly after the 1984 carnage and the resultant sense of outrage. Militancy may have died down but remove the underlying causes too, we say."