IND Vs AFG, Football Live Streaming: When And Where To Watch India's 2022 FIFA World Cup Qualifier 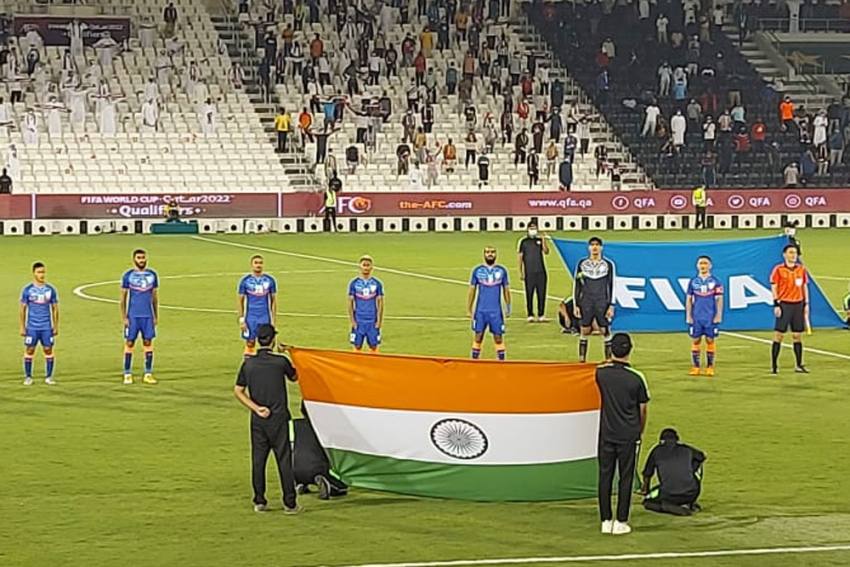 India need a draw against Afghanistan to secure a place in the third round of 2023 AFC Asian Cup qualifiers.
File Photo
Outlook Web Bureau 2021-06-14T20:17:53+05:30 IND Vs AFG, Football Live Streaming: When And Where To Watch India's 2022 FIFA World Cup Qualifier 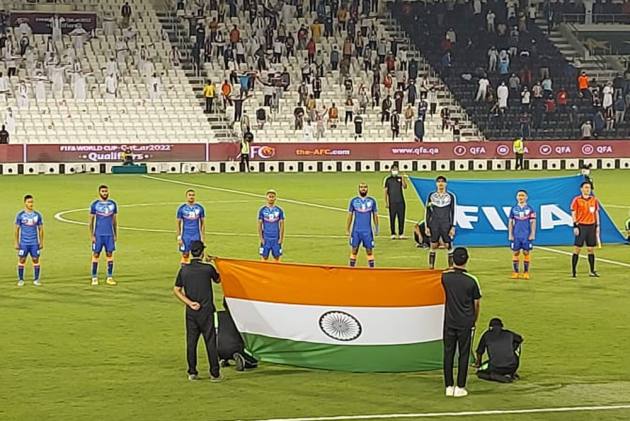 India are already out of contention to progress further in the 2022 FIFA World Cup qualifying campaign, but the Blue Tigers can certainly book their place in the 2023 Asian Cup. And they now face Afghanistan in the final match of their joint World Cup and Asian Cup qualifiers in Doha, Qatar.

The Doha-leg of the qualifiers started with India suffering a 0-1 defeat at the hands of Asian champions Qatar. Igor Stimac's boys fought valiantly despite playing the majority of the match with 10 men after Rahul Bheke saw a second yellow.

But the return of Sunil Chhetri spurred the team and they defeated Bangladesh 2-0, with the skipper netting both the goal. In the process, the 36-year-old once again reaffirmed his status as one of the most clinical strikers in the game.

He now has 74 international goals, which makes him the third-highest scorer among active players, ahead of Lionel Messi, whom he loves to see in action. A goal and Chhetri will enter the all-time top-10 list of goal-scorers. A hat-trick, and he will equal Pele.

For the team, a simple draw would be enough to secure a place in the third round of AFC Asian Cup qualifiers thanks to Oman's 2-1 win over Afghanistan on Friday.

And of course, India enter the match as clear favourites, despite Afghanistan's superior physical game. But the warning signs are there. India were held to a stalemate at home by Afghanistan in 2019. If the Blue Tigers can avoid defeat, they will finish third in the group, an improvement over the fifth-place result during the last campaign.

So, it's a shoot-out between India and Afghanistan for the prized third spot, which guarantees a spot in the Asian Cup qualifying third round.

Head-to-head: India and Afghanistan have played each other nine times, with the first match in 1951. The last meeting was in 2019. India lead the head-to-head record 6-1. Two matches have ended in draws. India's lone defeat was in 2013, in the South Asian Football Federation (SAFF) Championship final at Dasarath Rangasala Stadium, Kathmandu, Nepal.

France Vs Germany, Live Streaming: When And Where To Watch UEFA Euro 2020, Group Of Death Match