The fire brigade personnel rushed to the spot and have rescued six persons so far. 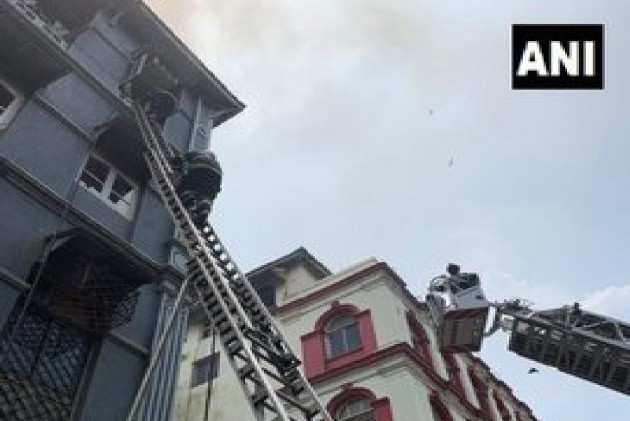 One person has lost his life, one seriously injured, while several remain trapped after a fire broke out on the 3rd floor of Churchill Chamber building on Merryweather Road near Taj Mahal Hotel in Colaba today, officials said.

The deceased has been identified as 54-year-old Shyam Aiyar.  Meanwhile, a search operation is underway for those still trapped in the building.

"Some persons are trapped. Fire fighting and rescue operations are on," a fire official said, adding that the cause of the fire was yet to be ascertained.

After a fire broke out on the third floor of a building on Sunday, firefighters rushed to the spot and managed to rescue 14 people, including some senior citizens, with the help of ladders, the official said.

The fire brigade got a call around 12.17 pm of the blaze in Churchill Chamber building, located in south Mumbai. Some of those rescued complained of breathing problems due to inhalation of smoke and were admitted to a state-run hospital, he said.

"The level-2 blaze was confined to the ground plus four-storey structure which was engulfed by thick smoke," the fire brigade official said.

The cause of the fire was yet to be ascertained, he said, adding that four fire engines and as many water tankers were at the spot and efforts were still on to douse the flames.