Mishra was also served a show-cause notice after likening the Delhi Assembly elections to a contest between India and Pakistan. 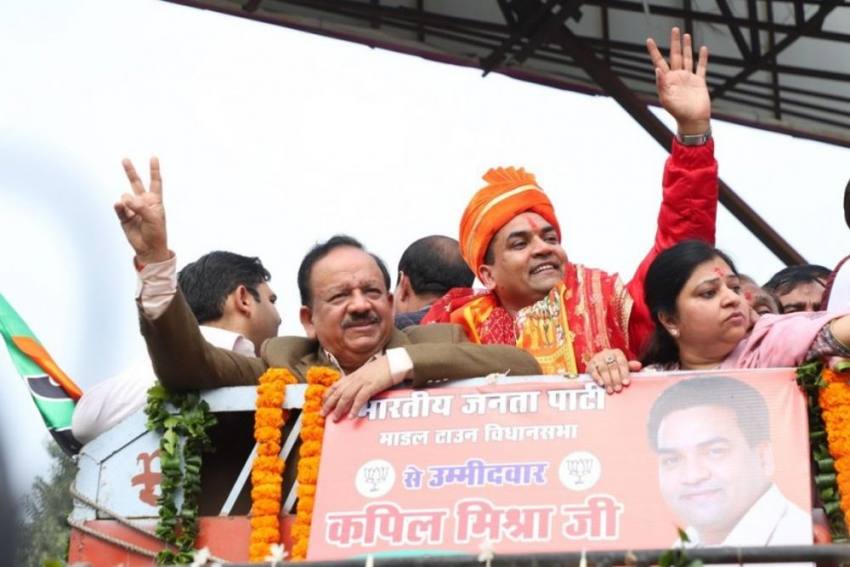 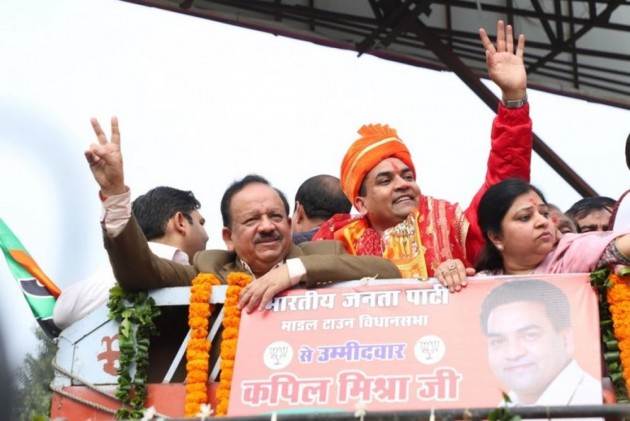 The Election Commission on Saturday imposed a 48-hour campaigning ban on BJP's Model Town candidate Kapil Mishra after he tweeted likening the Delhi Assembly elections to a contest between India and Pakistan, officials said.

Delhi Police on Friday lodged an FIR Mishra over his controversial tweet following directions of the poll authorities.

The FIR was lodged at the Model Town Police Station under Section 125 (promoting enmity between classes in connection with election) of the Representation of the People Act, 1951, PTI reported.

"India vs Pakistan 8th February Delhi. There will be a contest on Delhi Roads between India and Pakistan on February 8," Mishra, a former minister in the Arvind Kejriwal Cabinet, had tweeted on Thursday.

Twitter, meanwhile, said it has "withheld" the controversial tweet following the directions of the Election Commission. The tweet was, however, not removed and could be seen on the platform.

The Election Commission had on Friday asked Twitter to "take appropriate action" as the controversial tweet aroused communal sentiments. The EC had also said that Twitter should intimate it about the action taken.

A show-cause notice was also issued to Mishra by the Delhi poll authorities for "violation of the model code of conduct and the Representation of the People Act," officials said earlier.

Delhi CEO Ranbir Singh said, "We took cognisance of the tweet and wrote to the EC last night seeking its removal. The EC then asked Twitter to remove his tweet. The tweet is a violation of the model code of conduct and the Representation of the People Act, so we have taken action."

However, Mishra, despite the show cause notice slapped on him, remained defiant and claimed that his remarks were "general opinion" and "do not fall under the ambit of the model code of conduct and the Representation of the People Act".

In a series of tweets in Hindi on Thursday, Mishra had also lashed out at the anti-CAA protesters in Shaheen Bagh and other places in the city.

Is Ghost Of Emergency Raising Its Head In Kashmir?