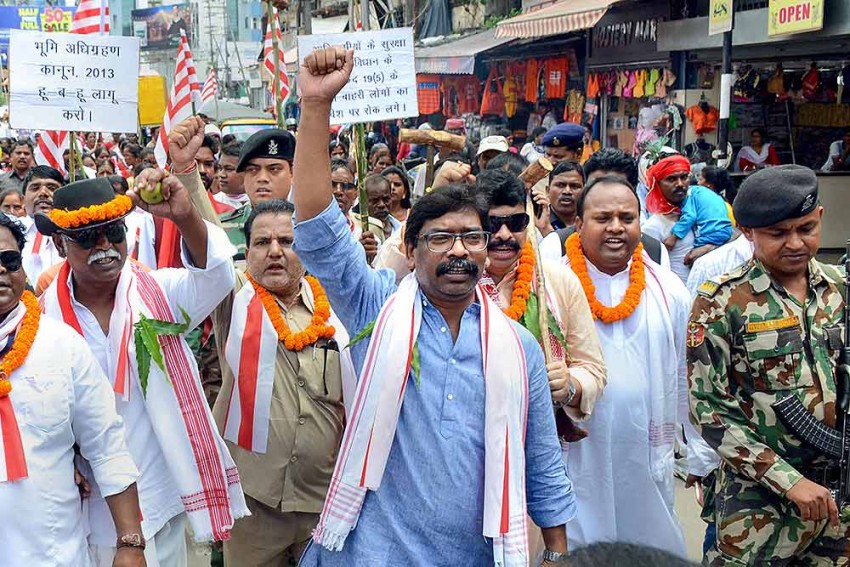 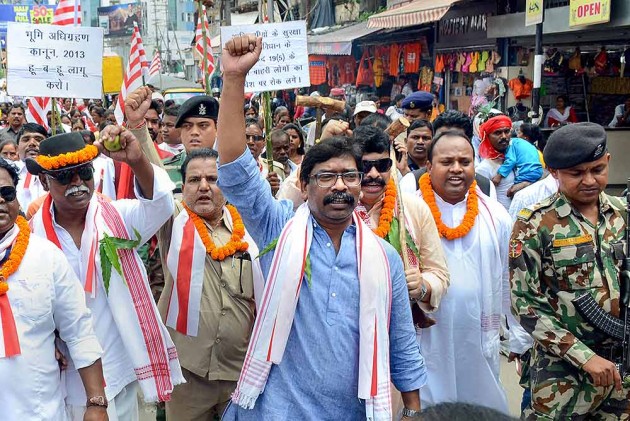 In this interview with Outlook's Preetha Nair, Soren discusses Jharkhand polls, BJP, and the grand alliance's prospects in the state.

Your meeting with Lalu Prasad Yadav has triggered speculation about the grand alliance. What was the outcome of the meeting?

Laluji was positive about the alliance, and he wants it to work. We will share more details soon.

Have you discussed seat-sharing with the Congress? How many seats is JMM going to contest?

We have reached an agreement with Congress in the seat-sharing formula except for two or three seats. That, too, will be sorted soon. We have always maintained that JMM will contest in a minimum of 42 seats. This understanding was reached during the Lok Sabha elections.

Are you going to be the Chief Ministerial face of the alliance?

That is a difficult question to answer. We won’t go to the election without leadership. We have already discussed this issue in several meetings.

Who are the other alliance partners? Is Babulal Marandi’s Jharkhand Vikas Morcha Prajatantrik (JVM-P) a part of the alliance?

We are holding discussions with JVM too. These are parties with different ideologies and agendas. We have put forward our proposal. All the parties have to reach an agreement as we have only 81 assembly seats. We are hopeful that Left parties will be joining the alliance this time, apart from RJD.

Have Haryana and Maharashtra results rekindled the opposition’s hope in the state?

The state election results indicate that people are unhappy with BJP’s performance. They have given a clear mandate for a change. The opposition parties will have to come together and fight against the BJP. Everyone wants an alliance; the question is whether parties are ready to make compromises.

There is criticism that Congress approached the elections with a "defeatist mindset". What are the lessons learnt from the results?

Congress went to the elections with a "lazy mindset". They would have got a better result if they worked better. In Jharkhand, we have to get our act together to throw BJP out of power. I am hopeful about this election.

There were defections from opposition camp to BJP. Will it have an impact?

We are not affected by it. The BJP has been doing it all along. They didn’t have a majority even in last elections and they poached MLAs from other parties to form the government. The role of EVMs is also in question.

The Supreme Court will pronounce the Ayodhya verdict soon. Do you think BJP will use it to their advantage? How will you counter it?

Ram Mandir verdict is going to be BJP’s trump card in this election. Everyone has to respect the Supreme Court verdict. Why would BJP get the credit for Ram Mandir? We have our counter-strategy ready. We are very well aware that BJP will put their entire government machinery to work on this.

There is wide discontent among the tribal community with the Raghubar Das government… Will you capitalize on that?

Land acquisition and tweaking of the Forest right Act are major issues in the state. We have been fighting for tribal rights for years. The recent WhatsApp snooping case revealed that Dalit and tribal activists are being targeted across the country. Why are they scared of Dalits and tribals?

What is your stand on the contentious issue of Godda power plant?

We are not against development or employment opportunities. When people are displaced for any developmental work, they should be rehabilitated or offered alternatives. There should not be forced displacement.

The government has recently ordered a probe against your family. Do you think BJP is playing vendetta politics?

It’s the modus operandi of the BJP government. They use ED, CBI and IT department to harass the opposition parties. They manipulate the entire system including the judiciary. Let them put me in jail. The government had earlier formed an SIT against me. Interestingly, a lot of BJP leaders also figured in the report along with my name. Now, there’s no mention of that report.