BJP IT Cell Head Amit Malviya shared a collage of pictures of Nehru with women, with the caption ‘seems Hardik has more of Nehru’s DNA’. 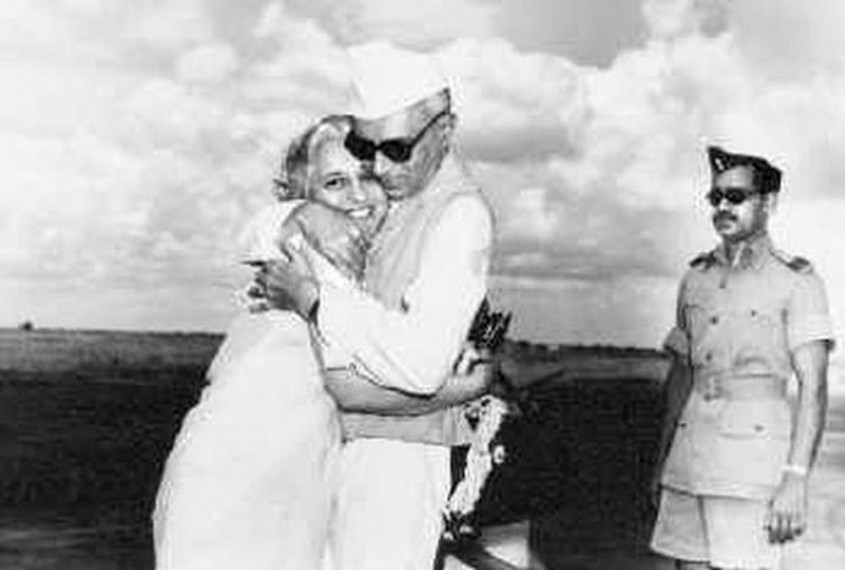 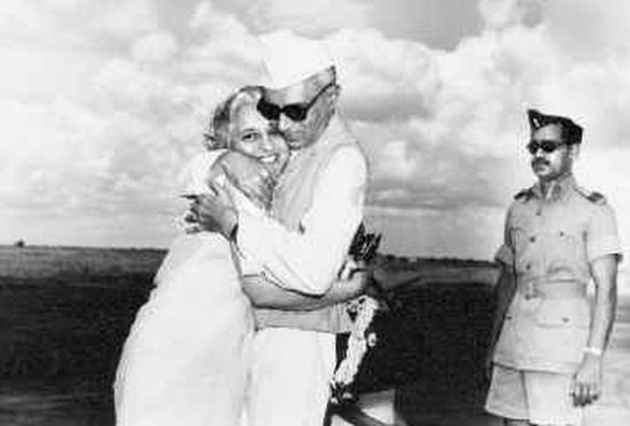 BJP IT cell head Amit Malviya, in his haste to portray Hardik and Nehru as womanizers, goofed by tweeting a picture collage showing Nehru with women, which included one in tight embrace with …his sister Vijayalakshmi Pandit.

After Sambit Patra, BJP’s national spokesperson, told a news channel that if he is told that Hardik Patel and Pandit Jawaharlal Nehru share the same DNA, he woulg agree 'keeping in mind what he(Hardik Patel) is doing these days,  BJP IT Cell Head Amit Malviya went one step ahead, sharing a collage of pictures of Nehru with women, with the caption ‘seems Hardik has more of Nehru’s DNA’.

It seems Hardik has more of Nehru’s DNA, contrary to what @shaktisinhgohil claimed.. pic.twitter.com/YHzvbLOZwU A sex-less ‘sex’ video of Hardik Patel, the young Patidar leader who is a thorn for the BJP, had recently gone viral.

Malviya perhaps forgot to look for facts behind those pictures he shared, where two of the pictures happen to be of Nehru with his sister Vijayalakshmi Pandit. The picture (see above) was clicked by photographer Homai Vyarawalla when Vijayalakshmi, the ambassador to Russia, met her brother Jawaharlal Nehru at the Delhi airport. In another picture (see above) shared by Malviya, Nehru is greeting Vijayalakshmi Pandit on his 1949 US visit. Nehru is seen congratulating Mrinalini Sarabhai, in another picture (see above) of the collage.

Mrinalini, daughter of Nehru's family friend Ammu Swaminadhan who was also a freedom fighter, had performed Manushya, a dance-drama, in New Delhi when the picture was shot. Nehru, she said was very encouraging. “In those days, Kathakali was not approved of and not many people appreciated it, especially in Delhi. But Jawaharji came for the performance and afterwards he came to see me. He hugged me and congratulated me," Mrinalini told Livemint.

But, she adds,  the photograph was published in a Swiss paper with a caption which read that the image was forbidden for publication in India.

“Vikram Sarabhai (Mrinalini’s husband) was very amused and even wrote to Jawaharlalji telling him about the ‘foolish caption,” she said.

The remaining pictures are that of Nehru with Edwina Mountbatten and Jackie Kennedy. It is true that Nehru won over everyone he met, including women.

Acharya Kripalani once said: “It is difficult to compete with the prime minister. For he is a darling of the masses, and to women he is Prince Charming.”

Nehru had close emotional and platonic relationship with Edwina, confirms her daughter, nixing speculations that their relationship was sexual. “The love Pandit Jawaharlal Nehru had for Lady Edwina Mountbatten was chivalric and it was not physical,” says the book witten by Lady Pamela Mountbatten, the daughter of Lord Mountbatten.

There has been quite a few books dissecting Nehru’s relationship with women beginning with one written by MO Mathai.

“Mathai, at one time his (Nehru’s) most trusted and powerful aide, was sacked for a lot of wrongdoing in 1958 — speaks of his protracted romance with Padmaja Naidu, daughter of the nation’s “nightingale”, Sarojini Naidu, who was a poet as well as president of the Congress.

READ: "If I Weren't A Sanyasin, He Would Have Married Me"

Khushwant Singh is one of the many authors who insist that Nehru also had a torrid affair with beautiful Shraddha Mata, whom many worshipped as a “godwoman.”

Welcome Alphanumeric Digital Address: Something Like This -- XYO24D -- Will Soon Become Your Postal Address