The inspection was postponed twice during the 16th match of the ICC Cricket World Cup between Bangladesh and Sri Lanka at County Ground, Bristol on Tuesday, then the match was officially abandoned 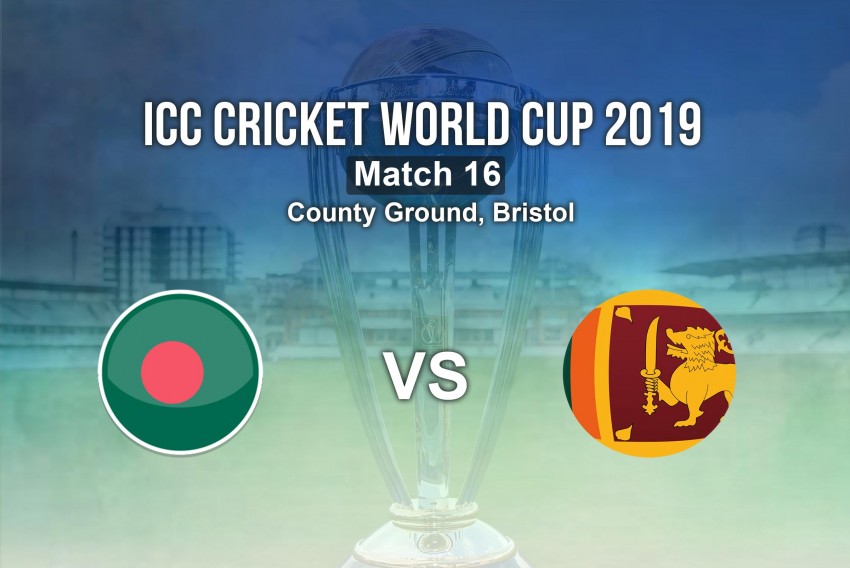 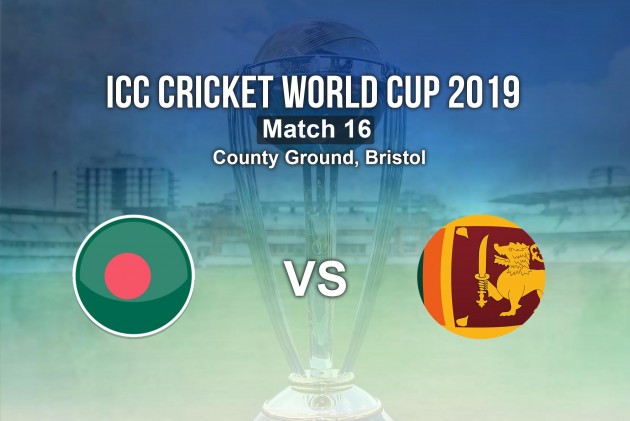 Sri Lanka were forced to split points for the second successive time in the ongoing ICC World Cup 2019 after their match against Bangladesh was abandoned without a ball being bowled due to persistent rain at County Ground, Bristol on Tuesday.

6:53 PM IST: Both the teams came into the match with one win from three matches and now each will get a point for the washout. Both Bangladesh and Sri Lanka were left staring at the sky, waiting for some divine intervention after the start of their key match was delayed due to heavy rains.

The rain eased a couple of times but only to return and thus the inspection was postponed twice. The groundsmen, meanwhile, tirelessly worked on draining out the water on the covers with the sucking brooms and mops.

At 13:57 local time, the umpires finally decided to officially abandon the match.

6:45 PM IST: But, we still have a record alert. This edition has become the World Cup with the most abandoned games - two, with both the matches involving Sri Lanka, vs Pakistan on June 7 and today. And with yesterday's no result in the South Africa vs West Indies match, this World Cup has become a Water Cup, for sure. By the way, if the toss has not happened, it's called abandoned. No result is for the matches which have the toss happened, but not completed.

6:30 PM IST: The has been called off due to the inclement weather. Not even the toss.

6:22 PM IST: Umpires have a look. Don't know what's there to inspect. Water inspection, probably? This World Cup is turning into a Water Cup.

4:39 PM IST: Another injury update! Marcus Stoinis is ruled out of tomorrow's Australia vs Pakistan clash with a side strain.

3:21 PM IST: Meanwhile, you can have a good read on how the Cricket World Cup started.

The scheduled inspection has been postponed as the rain has unfortunately returned âÂÂÂÂÂÂÂÂÂÂÂÂÂÂÂÂÂÂÂÂÂÂÂÂÂÂ pic.twitter.com/s2wWcfekFB

2:41 PM IST: Huge development in the Indian camp. A big star is out for three weeks.

The Bangladesh Tigers, after making a perfect start to their campaign against South Africa, faced back to back defeats against New Zealand and England and are low on confidence. And a good performance against their Asian rivals will not only put a stop to the losing run but also boost their confidence as the tournament enters a crucial phase.

The Sri Lankans will be looking for two crucial points after their last encounter was washed out against Pakistan. The Dimuth Karunaratne-led side started its campaign on the worst possible note, conceding a 10-wicket defeat to New Zealand. Then, an inspired bowling performance helped them beat Afghanistan in a rain-curtailed match which they just managed to win.

Lankan pacer has already been ruled out of the match with a dislocated finger, which he sustained in a practice session on Sunday.

Both the sides could be frustrated by the weather. Rain is forecast in Bristol a day after the clash between West Indies and South Africa was abandoned, with just 7.3 overs bowled at the Rose Bowl.

"There is still a lot of hope. The boys are really hungry to win matches. Pressure will be there, but we have to cope with the pressure and make sure we deliver," Bangladesh captain Mashrafe Mortaza.

"Our focus will be on us and us being positive on ourselves, and we'll believe even though we know it is a strong opposition, and an opposition that probably has the right to be confident because of the way they have played so far, we'll still be backing ourselves very strongly," Sri Lanka batting coach Jon Lewis.