Home  »  Website  »  National  »  Earthquakes Rattle Delhi's Nerves, Experts Not Sure When The Big One Is Going To Strike

Earthquakes Rattle Delhi's Nerves, Experts Not Sure When The Big One Is Going To Strike

Delhi and its neighbourhood have been rocked by 10 low to moderate intensity tremors in less than two months. Some geologists are definitely alarmed. 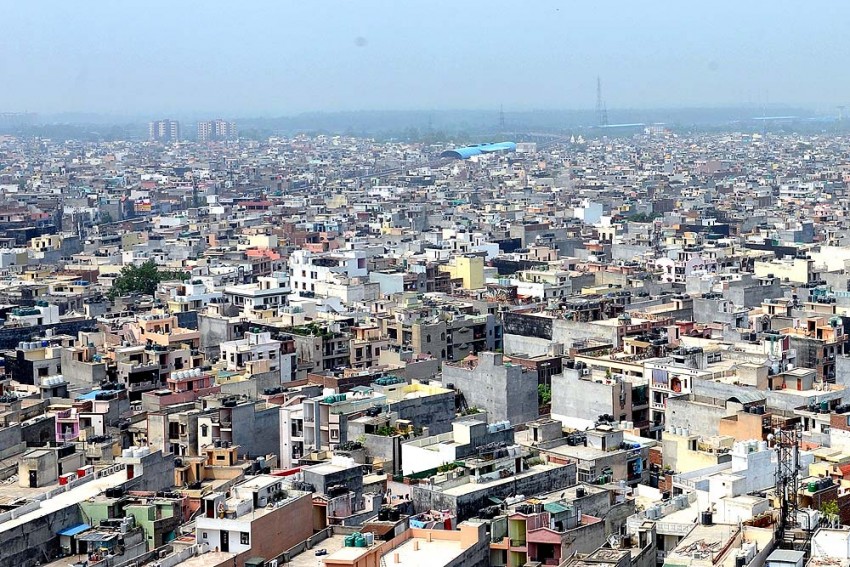 Image for representational purposes only
Jitender Gupta
Soumitra Bose June 05, 2020 00:00 IST Earthquakes Rattle Delhi's Nerves, Experts Not Sure When The Big One Is Going To Strike

Hit by no less that 10 tremors in the past two months, residents of Delhi have more reasons to be worried other than the Covid 19 pandemic they are battling. Many have begun to nurse doubts that the spate of tremors could be a prelude to a bigger quake - a possibility that geologists are unable to either confirm or reject outright.

"The occurrence of 10, mostly micro-tremors is now becoming a cause of concern and some seismologists cautiously suspect these to be fore shocks of a bigger impending near-field earthquake! All of these tremors originate from very shallow depths of less than 10 km, suggesting that only the upper crust is in a state of tectonic flux," explained Dr Prabhas Pande, a former Additional Director General of Geological Survey of India and an expert of seismology.

Agreeing that there is enough reason for concern for the common man, Dr Pande tells Outlook: "This near-surface activity makes me believe that the frequent strain release, is genetically, unrelated to the strained segments of deeper crustal levels, and so, may not be the precursors of a bigger event. However, this view is just an optimistic assumption since I refrain from making any sort of prediction."

But not all experts are as optimistic and some have indeed warned that a cataclysmic quake could be in the offing.

"We cannot predict time, place or exact scale, but do believe that there is a consistent seismic activity going around in the NCR region and can trigger in a major earthquake in Delhi," Dr Kalachand Sain, Chief of Wadia Institute of Himalayan Geology, was quoted as saying in sections of the media.

Unlike a cyclone or a hurricane that can be seen on a radar or satellite images and necessary precautions can be taken to meet any eventuality, earthquakes are like an unseen threat. In simple language, the earth's crust (lithosphere) is in a continuous dynamic motion. The heat generated from the core of the earth produces molten rock to move up and force the movement of these tectonic plates.

The sub-continent sits on the great Indian plate which is in a perpetual northward motion with a convergent boundary along the Himalaya and Hindukush mountains. Collision of plates generate fault lines or fractures along which blocks of earth can slip.

Given its proximity to the Himalayas, large parts of northern India and Nepal have remained vulnerable to major earthquakes. In the last 86 years, India have been rocked by several strong quakes. .

Keeping in view the importance of the NCR and its seismic status that is classed in high damage risk zone IV, it was considered necessary to closely monitor the earth’s perturbations on a continuous basis. Thus, the India Meteorological Department established a seismic telemetry network of 16 field observatories during 1998-2000.

According to former vice-chairman of the Delhi Development Authority Balvinder Kumar, a major earthquake will be disastrous for the city.

"There are many unauthorised colonies in Old Delhi, Mehrauli and Chattarpur areas. Over 100, 200 square yard plots, seven-eight storey houses have been built without proper regulations. All these houses have people packed like sardines. Imagine what will happen if a major earthquake strikes," Kumar tells Outlook.

The unpredictable nature of earthquakes will forever keep Delhi-NCR guessing. Although disaster management norms have improved, lakhs will continue to remain vulnerable to a major shake-up, feel experts. Fingers crossed.