Polls in Chhattisgarh, Madhya Pradesh, Mizoram, Rajasthan and Telangana will be held between November 12 and December 7. 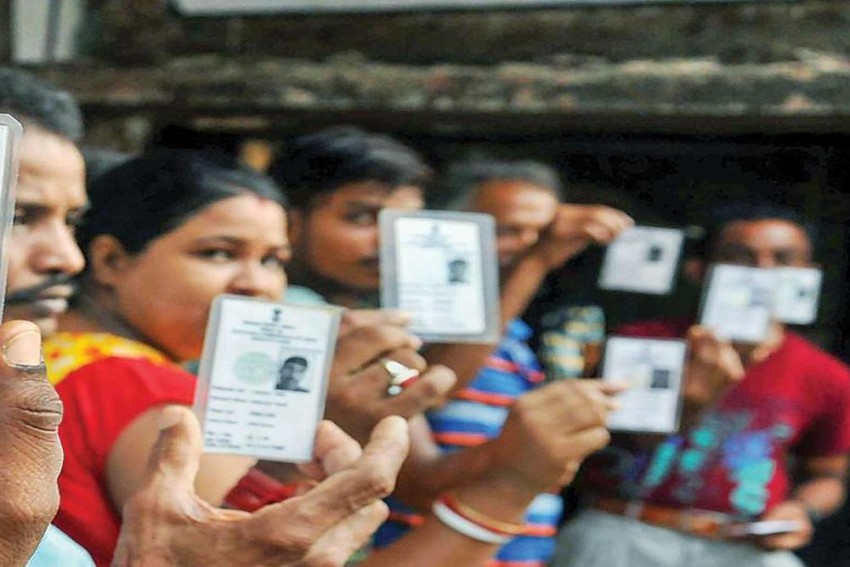 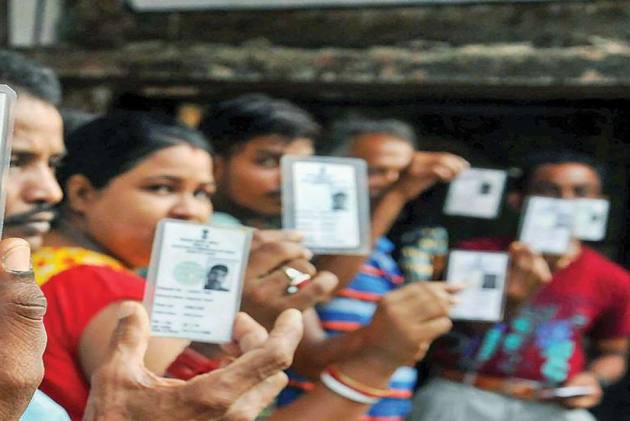 With election campaign in full swing in five poll-bound states, an opinion poll by C-Voter has projected a thumping majority for the Congress with 145 seats in Rajasthan and a simple majority in Madhya Pradesh.

The Center For Voting Opinions and Trends in Election Research (C-Voter), in its November (week 2) poll has also projected a clear majority of 64 seats to the Congress-TDP combine in Telangana and a very close fight in Chhattisgarh with a slender edge for the BJP.

Polls in Chhattisgarh, Madhya Pradesh, Mizoram, Rajasthan and Telangana will be held between November 12 and December 7. Counting of votes will be taken up together in all the five states on December 11.

The survey in Rajasthan gave the ruling BJP only 45 seats with 39.7 per cent vote share, against 47.9 per cent of the opposition Congress.

In Madhya Pradesh, the C-Voter poll projections gave the BJP 107 seats with a vote share of 41.5 per cent, against Congress' vote share of 42.3 per cent and a simple majority of 116 seats.

The opinion poll did not give a clear majority to any party in Mizoram, with the Mizo National Front projected to lead with 17 seats, followed by the Congress with 12 seats and Zoram People's Movement (ZPM) with nine seats.

For Madhya Pradesh, the agency has claimed the CNX poll survey projected 122 seats for the BJP and 95 for the Congress, with CSDS giving 116 to the saffron party and 105 to the Congress.

In Chhattisgarh, the CNX poll survey has projected that the BJP could get 50 and Congress 30 seats, with others getting 10 seats, while the CSDS poll gave 56 to the BJP, 25 to the Congress and nine to others.

Congress chief spokesperson Randeep Surjewala said while the C-Voter survey is heartening and interesting, the situation on the ground is that the party is winning in Chhattisgarh, Madhya Pradesh, Rajasthan and also in Telangana in a resounding manner.

"We hope to cross the two-third mark in Rajasthan and hope to get close to 140 seats in Madhya Pradesh and over 50-mark in Chhattisgarh. The coalition of Congress will romp home confidently, trouncing the BJP stooge TRS in Telangana. Congress will also retain Mizoram," he told PTI.

BJP spokesperson Bizay Sonkar Shastri rejecting the opinion polls, which gave Congress an edge in some poll-bound states, asserted that his party will not only form governments in the three states ruled by it, but also be a part of the ruling dispensation in Telangana and Mizoram.

He said the BJP is heading for a "big victory" in Madhya Pradesh, Chhattisgarh and Rajasthan, and that the campaign by "our magic man", a reference to Prime Minister Narendra Modi, will give further boost to the party's prospects.