We Might Leave Ayodhya: Muslim Leaders Ahead Of VHP Gathering

“The motive is political and there is no doubt about it. The ground is being prepared for the 2019 Lok Sabha polls,” said All India Muslim Personal Law Board members. 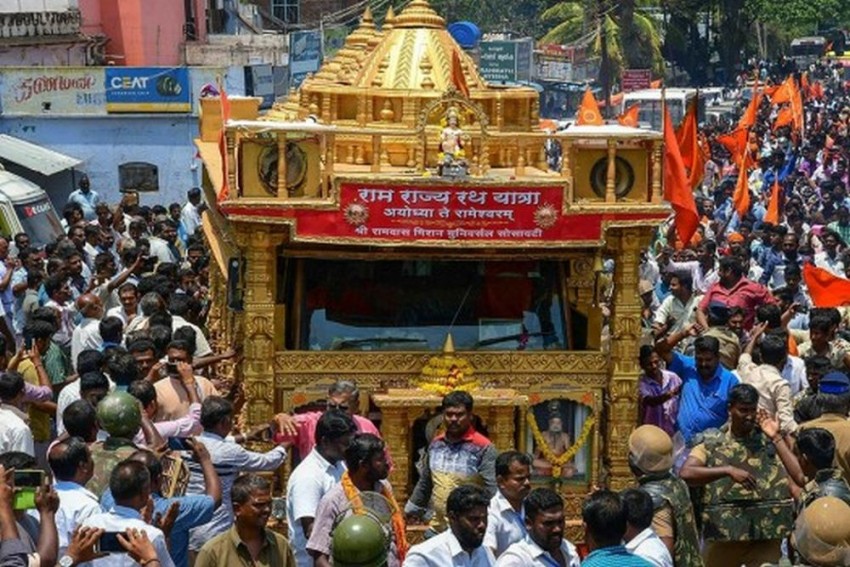 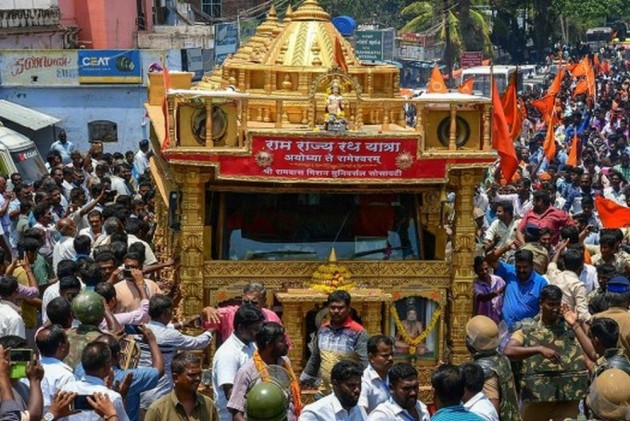 As the Vishwa Hindu Parishad (VHP) gears up to hold on Sunday what it is touting as the largest congregation of `Ram bhakts’ in Ayodhya since the 1992 ‘kar seva’ when the Babri Masjid was demolished, Muslim leaders see a design to woo voters.

“The motive is political and there is no doubt about it. The ground is being prepared for the 2019 Lok Sabha polls,” All India Muslim Personal Law Board (AIMPLB) member Zafaryab Jilani told PTI.

As activists gather in Ayodhya, some Muslim leaders have also expressed fears over the safety of their community in Ayodhya during the Vishwa Hindu Parishad ‘Dharma Sabha’.

Shiv Sena workers too are expected in Ayodhya around this time.

"Even a small child knows that there is an attempt to spoil the atmosphere in the country to reap benefits at the time when assembly elections are being held in some states, and the Lok Sabha elections are due early next year," he said.

Zafaryab Jilani said as it becomes certain that the Ayodhya verdict will not be delivered before the Lok Sabha polls, there is an attempt to keep intact the vote of the people who participated in the last elections hoping for a Ram temple.

"People were getting disenchanted with those who had promised a temple in Ayodhya, and this is yet another attempt to keep their hopes in such forces alive and befool them for some more time," Jilani said.

Both leaders said the government should ensure the security of Muslims and Hindus living in Ayodhya when the VHP event takes place, keeping in mind the `kar seva’ in 1992 which ended with the demolition of the Babri mosque on the disputed site.

"It is the responsibility of the government and the administration to make foolproof arrangements for the security of the common people in Ayodhya to ensure that no untoward incident like that in 1992 takes place again," Farangimahli said.

He said some statements ahead of the Dharma Sabha had created apprehension among the Muslims in Ayodhya, but did not elaborate.

"As the VHP and Shiv Sena gather their activists in large numbers in Ayodhya, the Muslim community here is feeling very insecure. We might leave Ayodhya," Ansari had said.

"We demand from the government to deploy special forces to protect the lives and properties of Muslims against the hooliganism of VHP and Shiv Sena activists. They may attack us to serve their hidden agenda of making Ayodhya free of Muslims," he said.

"The Muslims of Ayodhya still remember December 6 when they were attacked,” Haji Mahboob said.

“It is a fact that the Muslim population here is in the grip of fear over a possible attack by activists of the two outfits. They are feeling quite insecure," he said.

"We do not want any disturbance here as we want to live in peace,” he said.

“Ayodhya is our birthplace, we are here since generations. But we still remember how the VHP and Shiv Sena activists attacked Muslims after the demolition of Babri Masjid here on December 6, 1992," he added.

"No one needs to be afraid of anything. We are arranging heavy security on the days of the proposed functions," he has said.

The VHP has said it expects a crowd of over one lakh people for the Dharma Sabha.

In a similar event later in New Delhi, over five lakh people are expected, the VHP has claimed.

Shiv Sena chief Uddhav Thackeray is visiting Ayodhya a day before the VHP event to pay obeisance to Ram Lalla.

VHP vice president Champat Rai recently said that Hindus have faith that the Supreme Court will rule in favour of construction of the Ram temple in Ayodhya.

"The struggle for the construction of Ram temple in Ayodhya has been going on for 500 years and now the wait is unbearable," Rai said.

The Supreme Court had on November 12 declined early hearing of petitions in the Ram Janmabhoomi-Babri Masjid title dispute case.

I Take Back My Comment, Says Ram Madhav After Omar Abdullah’s Dare On ‘Instruction From Pak’ Remark