Pakistan pulled off a dramatic three-wicket win over Afghanistan at Headingley, Leeds on Saturday. Imad Wasim remained unbeaten on 49 off 54 balls as the former champions kept their hopes alive for a spot in the ICC Cricket World Cup 2019 semi-finals. 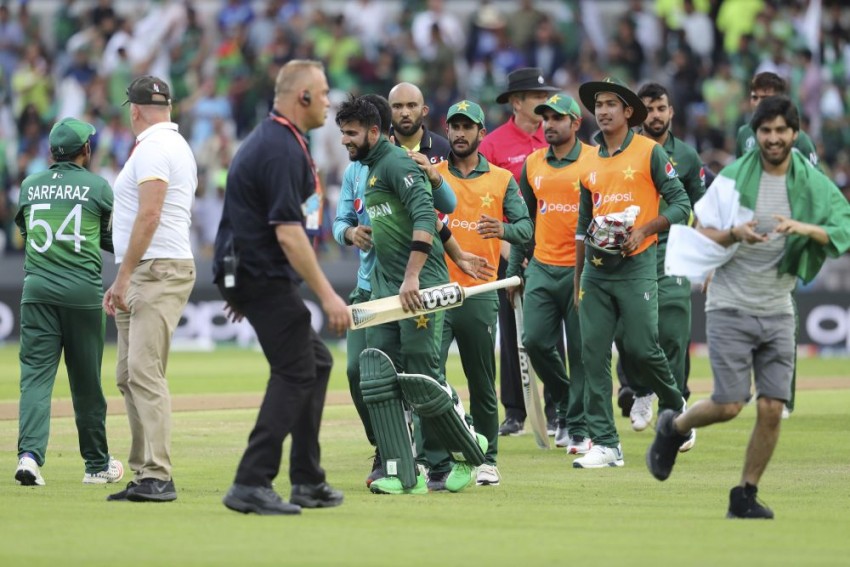 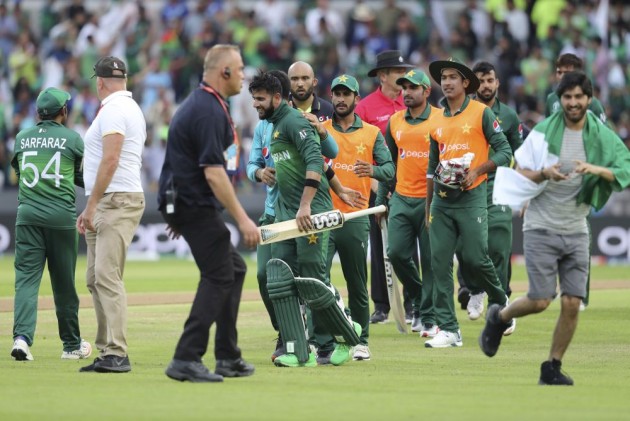 Nervy Pakistan survived a huge scare to beat Afghanistan by three wickets in an enthralling Cricket World Cup contest and pile the pressure on their rivals for a semi-final spot. (HIGHLIGHTS | SCORECARD | POINTS TABLE | FULL SCHEDULE)

Shaheen Afridi's return of 4-47 was instrumental in helping restrict Afghanistan to 227-9, a total that looked below par on a day marred by clashes between spectators inside and outside the ground at Headingley.

But a scratchy middle-order showing with the bat from Pakistan, coupled with a fine bowling effort from Mujeeb Ur Rahman, Mohammad Nabi and Rashid Khan, had the 1992 champions reeling at 156-6.

Imad Wasim (49 not out) provided the steadying influence Pakistan needed as they edged over the line with two balls to spare, meaning winless Afghanistan fell narrowly short of a famous victory just as they did a week ago against India.

Pakistan move up to fourth and raise the tension on hosts and pre-tournament favourites England ahead of their Sunday showdown with India, while Bangladesh now face an uphill task to make the last four.

Pakistan recovered from losing Fakhar Zaman second ball to Mujeeb thanks to Babar Azam (45) and Imam-ul-Haq's (36) partnership of 72.

Yet they began to rock when Nabi sent both men packing in quick succession and Samiullah Shinwari put Sarfraz Ahmed down after Mujeeb removed Mohammad Hafeez.

There was bad luck for Afghanistan, who had already lost their review, when Imad was given not out when replays showed he was plumb lbw to Rashid Khan, but Pakistan's nerves were jangling when Sarfaraz was run out.

Naib gave up 18 runs in an expensive 46th over, though, and Imad's cool 49 off 54, along with 15 off nine from Wahab Riaz, left Pakistan breathing a huge sigh of relief.

Shaheen earned a slice of history by becoming the first teenager to claim a four-wicket haul in the men's World Cup.

Funnily enough, Shaheen's first breakthroughs came in a scratchy fifth over that saw him knocked for 4-2-4 before Naib (15) nicked behind and Shahidi (0) played a leading edge to mid-off from consecutive balls.

He finished with 2-14 in that over alone, but his variation ended Najibullah's enterprising knock and Rashid (8) also fell to the paceman as Shaheen set the tone for a decent bowling effort.

Pakistan would have been fearing the worst when the wickets started to tumble, having been coasting with Imam and Babar in the middle.

But Imad, bar the fortuitous lbw call, steadied the ship – hitting five boundaries in a measured knock that frustrated Afghanistan.

While the scenes on the pitch were thrilling, those off it were less savoury.

Social media footage showed supporters clashing outside the ground at Headingley, leading to ICC condemnation, while there were also disturbances inside the stadium.

Several supporters then encroached onto the pitch at the culmination of the game.

WATCH | Scuffle Breaks Out Between Afghanistan, Pakistan Fans Outside Headingley