WATCH | Scuffle Breaks Out Between Afghanistan, Pakistan Fans Outside Headingley 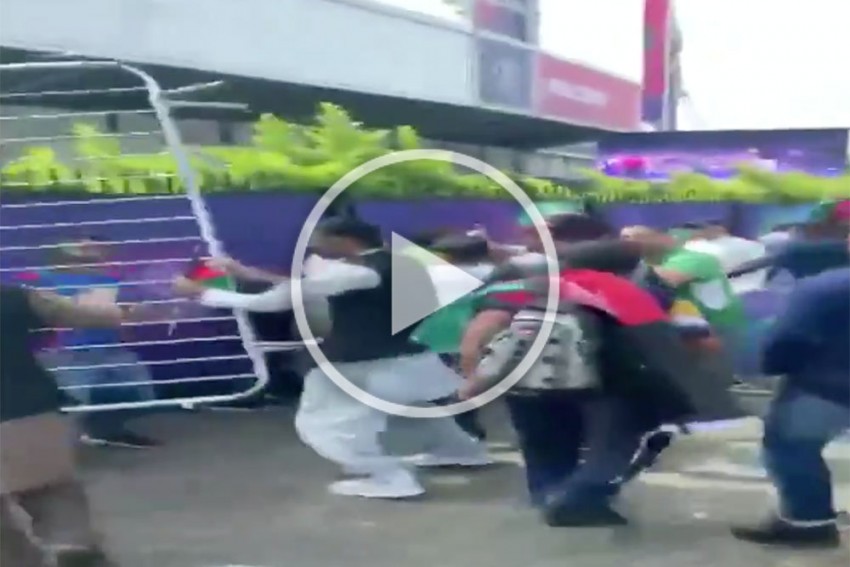 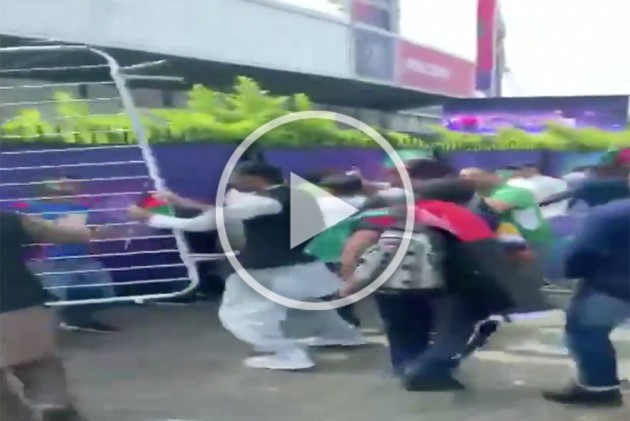 A scuffle broke out between Pakistan and Afghanistan fans outside Headingley Cricket Ground in Leeds on Saturday during an ICC Cricket World Cup 2019 group match between the two countries after an aircraft was spotted flying in the area that unfurled a 'Justice for Balochistan' banner in the sky.

An ICC source told ANI that the "aircraft was an unauthorised" and said that Leeds air traffic will investigate the matter.

"A fight broke out between Pakistan and Afghanistan fans in Leeds after a plane was flown over the stadium which had Balochistan slogans. Apparently, it was an unauthorised plane that flew over the stadium and political messages were hung from the plane which were visible. Leeds air traffic will now investigate the matter," the ICC source said.

Before the start of the match, a few fans were seen entering into the stadium by jumping the boundary wall.

#WATCH: A scuffle breaks out between Pakistan and Afghanistan fans outside Headingley Cricket Ground in Leeds after an aircraft was flown in the area which had 'Justice for Balochistan' slogan. Leeds air traffic will investigate the matter. pic.twitter.com/mN8yymQOP5

Human rights activists from the World Baloch Organisation and the Baloch Republican Party continued their campaign to highlight the dire human rights situation in Pakistan.

In their earlier initiative, roadside billboards were put up around the city of Birmingham with slogans "Help end enforced disappearances in Pakistan".

The billboards had gone up on major roads and junctions around the city including highways. This came after the city had hosted a World Cup match between Pakistan and New Zealand on June 26.

In the ongoing match between Pakistan and Afghanistan, the latter won the toss and opted to bat first.

Afghanistan has been losing wickets at regular intervals and while filing this story, the team had reached the score of 177/6 in 37.4 overs.

India Vs England: We Can't Be Complacent, Anyone Can Beat Us, Says Virat Kohli