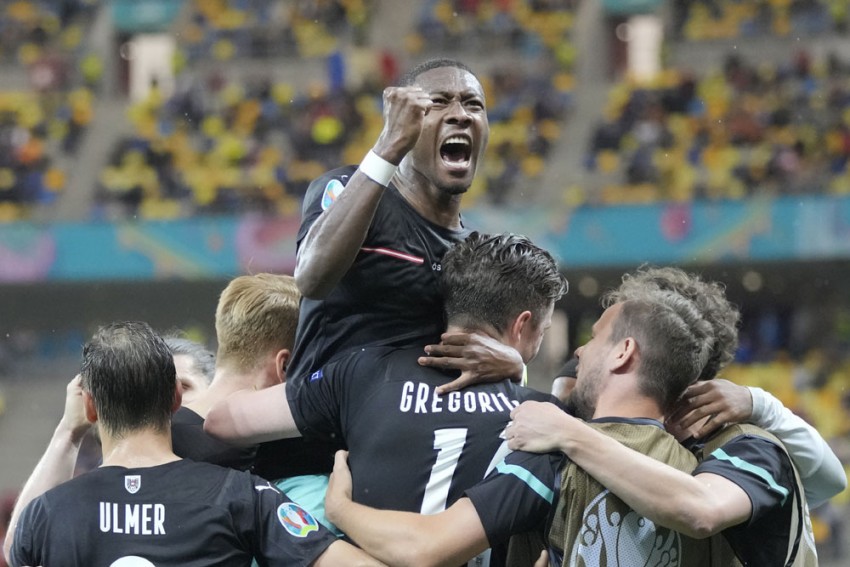 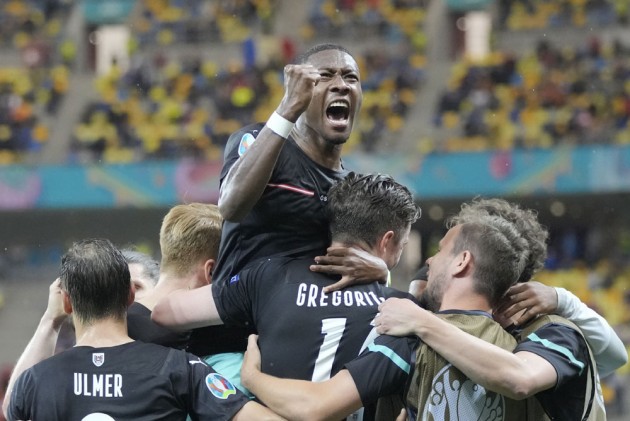 The Austrians finally earned a victory at the European Championship, getting the goals they needed from the bench.

Michael Gregoritsch and Marko Arnautovic both came on as substitutes and scored late to help Austria beat North Macedonia 3-1 on Sunday in Group C.

"The substitutions were important, that's why you have players on the bench.

"Gregortisch and Arnautovic gave the team a new impulse."

It was Austria's first win at a major soccer tournament in 31 years and its first ever at the European Championship.

Austria captain David Alaba set up the winning goal for Gregoritsch, curling in a perfect cross in the 78th minute. Arnautovic then collected backheel flick from Konrad Leimer before calmly rounding goalkeeper Stole Dimitrievski and scoring the final goal with a minute to go.

Both forwards came on in the 59th minute with the score even at 1-1.

Foda said he didn't use the 32-year-old Arnautovic, his best scorer with 27 international goals, as a starter because he was recently injured and looked sharp as a substitute in a goalless warm-up match against Slovakia.

Austria is playing at the European Championship for the third time, but it's the first victory they have managed to secure — including when playing as co-host at Euro 2008.

The country's last win at a major tournament dates back to the 1990 World Cup in Italy when the Austrians beat the United States 2-1.

Austria defender Stefan Lainer scored the first goal in the 18th minute, and then grabbed a white shirt from the bench to deliver a message to Christian Eriksen, the Denmark midfielder who collapsed on the field on Saturday in Copenhagen. Gregoritsch did the same thing after his goal.

North Macedonia captain Goran Pandev equalized 10 minutes later, making the 37-year-old veteran the second oldest player to score in the tournament's history. Only Ivica Vastic was older when he scored for Austria against Poland at Euro 2008 at the age of 38.

The goal was Pandev's 38th for his country.

Despite his age, Pandev has recently scored the most crucial goals of his international career, including the one that earned qualification to Euro 2020.

Austria had more possession throughout the match but the team's relatively slow play didn't lead to scoring chances until Lainer struck.

Alaba, who is normally used as a midfielder when playing for his national team, instead formed the middle of a three-man defense.

"We're flexible. We can play in several formations," Foda said, noting Alaba's many years as a defender at Bayern Munich before his recent move to Real Madrid.

"In the second half, we did a better job. We played faster with more courage, we were more clinical and in the end were were awarded."

The Austrians will next travel to Amsterdam to face the Netherlands while North Macedonia stays in Bucharest to play Ukraine.