North Macedonia will be up against much stronger teams including Ukraine, former champions the Netherlands and Austria in Group C. Here's team preview 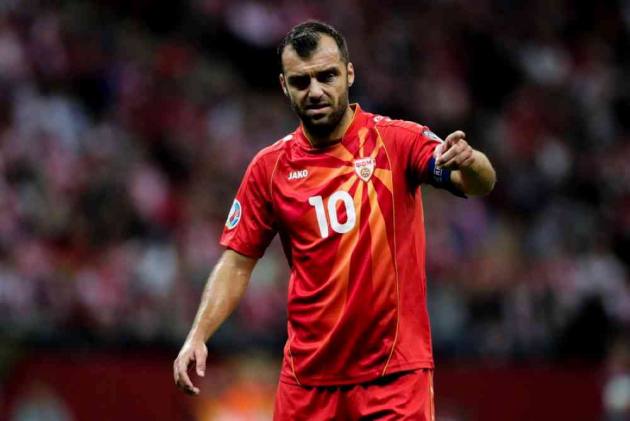 Shortly after getting a new name, North Macedonia qualified for a major soccer tournament for the first time. (More Football News)

The former Yugoslav republic became an independent member of FIFA and UEFA in 1994, took the name North Macedonia in 2019 and reached this year's European Championship via a new qualifying format in November.

Ukraine and Netherlands highlight Group C with Austria and North Macedonia being the weaker sides.  The Dutch also have the home the advantage in Group C, playing all three of their matches in Amsterdam in front of fans. North Macedonia start against Austria on June 13, followed by  Ukraine on June 17. They face mighty Netherlands on June 21.

UEFA has a guaranteed tournament place for a lower-ranked country that wins a group in the bottom tier of the Nations League. The four Nations League tiers fed into four playoff brackets, giving second chances to teams which did not advance through traditional qualifying groups.

North Macedonia won its group in League D, the lowest division, to secure promotion to League C and qualify for the playoffs. It then eliminated Kosovo 2-1 before overcoming Georgia 1-0 on Nov. 12.

The playoffs were originally scheduled to be played in March but were postponed — like Euro 2020 itself — because of the coronavirus pandemic.

North Macedonia captain Goran Pandev was the one to score at the 54,000-seat national stadium in Tbilisi in a game played without the fans. At home, the goal sparked wild celebrations and made Pandev a national icon.

Pandev spent most of his career in Italy. He was on the Inter Milan team that became the first Italian club to win the treble in 2010, claiming the league title, the cup and the Champions League. Among other teams, he also played for Lazio, Napoli and, since 2015, Genoa.

Back home, the national team has a reputation of being capable of pulling off occasional upsets.

The team held England to a 2-2 draw in qualifying for Euro 2004 and earned another draw on English soil in Euro 2008 qualifying. That campaign saw North Macedonia's first victory over a top-10 team in the FIFA rankings, a 2-0 upset over eventual group winner Croatia.

North Macedonia's biggest victory so far came on March 31 when it shocked Germany 2-1 in Duisburg, the host country's first loss in World Cup qualifying in 20 years. At 37, Pandev proved his scoring instincts are still alive, scoring his 37th international goal in that match.

When North Macedonia coach Igor Angelovski took over in 2015, one of his key decisions was to make Goran Pandev come out of international retirement. So far, that has worked wonders.

Previously known as the Former Yugoslav Republic of Macedonia, or simply Macedonia, the country adopted the new name in 2019 after solving a long-term dispute over the name with Greece.  (with inputs from AP)