Passed Without Exam: Will ‘Corona Degree’ Hold Weight In Future?

The COVID-19 lockdown prompted several states to rearrange their academic curriculum and cancel final-year college exams, deciding instead to award degrees to students through internal assessments and other evaluation mechanisms. 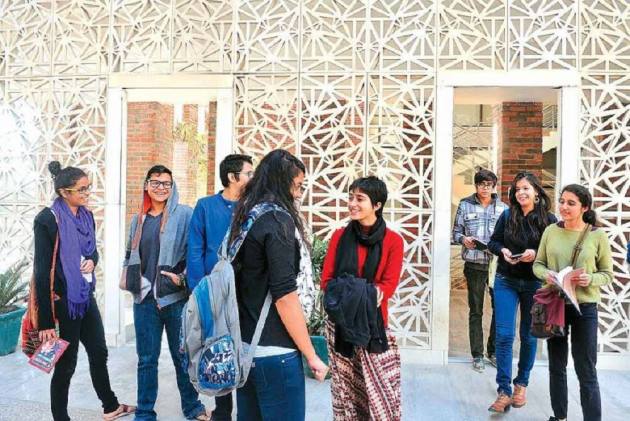 The COVID-19 pandemic and months-long lockdown prompted several states to rearrange their academic curriculum and cancel final-year college and university examinations, deciding instead to award degrees to students through internal assessments and other evaluation mechanisms such as calculating the average of marks obtained in tests/semesters held before the coronavirus outbreak. Difficult times, desperate measures? Perhaps. But such unconventional graduations—a “corona degree”—may have serious downsides. Like, a post-Covid graduate’s certificate would mention that his final marks were averaged out. Effectively meaning he didn’t take the final exam. So, in such a scenario, how much weight would such a degree carry at a future job interview? Besides, is such a degree legal?

Outlook asked Bhushan Patwardhan, vice chairman of the University Grants Commission (UGC), for an answer. “It may appear as the best way of awarding degrees today as it’s an easy route, but it will put the future of students at stake. Mark-sheets and transcripts have to be issued, mentioning that average marking was done. And, the degrees awarded to students in such a manner will always be known as ‘corona degree’ for the rest of their life,” he says.

For its part, the UGC is not in favour of cancelling exams and awarding degrees through average scores from past semesters. It issued a directive on July 8 that mandates all universities to conduct final-year examinations by the end of September, either offline (pen and paper), online, or blended (online plus offline). What could have driven the UGC to such a decision? A plausible reason could be that a degree without an exam could undermine a student’s “professional credibility”—especially the bright ones. Former UGC chairman Ved Prakash says as much. “If a degree is awarded with average marking, a student who has been toiling hard to improve his performance, scores and grading will be deprived (of a fair assessment),” he explains.

Authorities also need to look at aspects such as legality—whether the decision to award degrees without examination is legally tenable or not. Prakash asks: “What if a student challenges the average-marking formula in court and claims that it destroyed his future? What if he says he would have got much better scores and grades if final-year examinations were conducted?”

The debate over cancelling exams and awarding degrees came to the fore after the Delhi government’s decision on Saturday, which was against the UGC directive. Deputy CM Manish Sisodia announced that all eight universities under the Delhi government’s jurisdiction will not hold examinations in view of the COVID-19 pandemic. The universities were directed to promote their students to the next semester based on their past performance or any other assessment, and award degrees to final-year students based on similar internal assessment without a written examination.

Earlier, Maharashtra, Punjab, Haryana, Rajasthan, Madhya Pradesh, Kerala and West Bengal had decided to cancel final-year examinations in their universities because of the academic disruptions caused by the pandemic. But most of them later indicated that would review their decision after the UGC issued its directive on July 8. The Maharashtra government, however, remained firm on its decision, saying it was not possible for it to conduct examinations. This prompted Dhananjay Kulkarni, a retired teacher in Pune, to file a PIL against the state government’s decision in the Bombay High Court.

In Delhi, which is one of worst-hit in terms of Covid, chief minister Arvind Kejriwal wrote to Prime Minister Narendra Modi and requested him to ensure that the examinations in universities across the country are canceled “in the larger interest of the students”. With the Delhi government refusing to abide by the UGC directive and Kejriwal writing to the PM, West Bengal chief minister Mamata Banerjee and her Punjab counterpart Captain Amarinder Singh have also joined the chorus against holding examinations till the pandemic wears down. Both Banerjee and Singh have urged PM to review the UGC’s directive.

The UGC is in no mood to change its stand. “I have not gone into its legal aspects but even if they (state governments) are using their powers under the national disaster management act to cancel the examinations, they should take decisions keeping the students’ interest in mind,” UGC vice chairman Patwardhan says. Clause 6.1 of the UGC (Minimum Standards of Instruction for the Grant of the First Degree through Formal Education) Regulations, 2003, stipulates that universities “shall" adopt the guidelines issued by the UGC and other statutory bodies concerned from time to time in respect of conduct of examinations. “The UGC stands by its guidelines. It is also monitoring the (Covid) situation to ensure students don’t lose out,” Patwardhan says.