The Fairview residence of Mehbooba Mufti, now a makeshift jail, was also known Papa-2, the infamous torture center in Kashmir. 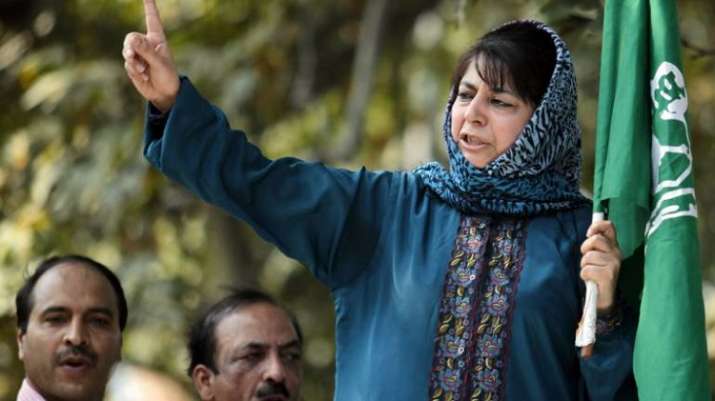 The Jammu and Kashmir administration on Tuesday shifted former chief minister Mehbooba Mufti to her residence, Fairview, at the posh Gupkar Road in Srinagar, turning part of the residence into subsidiary jail.

The authorities said her detention under the controversial Public Safety Act (PSA) will continue. The order issued by the home secretary Shaleen Kabra says that powers conferred to him under section 10 (b) of Public Safety Act, 1978, the government has changed Mehbooba Mufti’s lodgment from present Transport Yard building to subsidiary jail, Fairview, her residence.

Mehbooba was initially taken into “preventive custody” on August 5. Minutes before she was taken into custody, she had managed to tweet that after the revocation of Articles 370 and 35A India will be seen as “occupational force” in Kashmir. Along with former Chief Minister Omar Abdullah, she was detained under 107 of the CrPc.

On the expiry of six months of the preventive detention, the administration invoked PSA against former Mufti and Omar. Omar was, however, released in March.

While the government charged Omar with trying to stoke public anger, the charges against Mufti looked rather odd.  In the dossier, Mufti is described as “a hard-headed and scheming person.” Her dossier said genesis and the approach of her party, People’s Democratic Party, has been of a dubious nature.

Incidentally, the Fairview residence of Mufti, now a makeshift jail, was also known Papa-2, the infamous torture center.  It is believed that hundreds of Kashmiris have been tortured at the Papa-2.

Till 1989, the building was used as an official guest house and known as Fairview Guest House. Later, it was taken over by the security forces. The building was occupied by the Border Security Forces in 1990 who named it Papa-2 in an attempt to keep the compound’s new purpose nominally confidential. It continued to function till 1996 as an interrogation and torture centre.