Prime Minister Modi announced a special economic package of Rs 20 lakh crore for the country to become 'self-reliant' and deal with the COVID-19 pandemic. 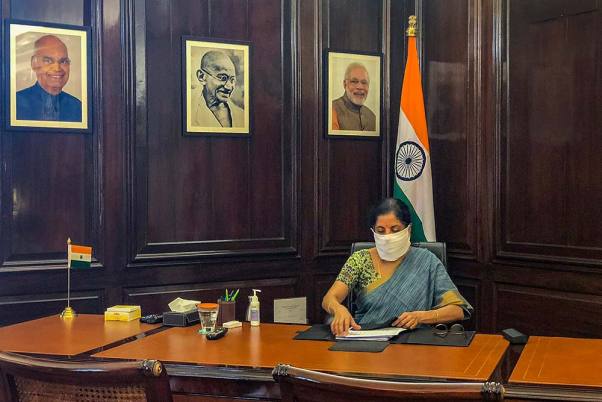 Union Finance Minister Nirmala Sitharaman will address the media at 4 PM on Wednesday to share the details on economic package that was announced by Prime Minister Narendra Modi on Tuesday.

Sitharaman's press conference comes a day after Prime Minister Narendra Modi announced $265 billion fiscal stimulus to deal with COVID-19 situation in the country. The package is the second largest in Asia after Japan.

"I announce a special economic package today. This will play an important role in the 'Atmanirbhar Bharat Abhiyan.' The announcements made by the government over COVID, decisions of RBI and today's package totals to Rs 20 lakh crore (USD 265 billion). This is 10 per cent of India's GDP," the Prime Minister said in his address to the nation on Tuesday.

Also Read: PM Modi's Push For Self-reliance Is A Step In The Right Direction

Prime Minister Modi announced a special economic package of Rs 20 lakh crore for the country to become 'self-reliant' and deal with the COVID-19 pandemic.

He had announced that the fourth phase of the nationwide COVID-19 induced lockdown would be in "new form with new rules."

'Headline And A Blank Page': P Chidambaram On Economic Package