These are clear signs that the Prime Minister had China, India’s biggest trade partner, in mind when he discussed the idea of self-reliance. 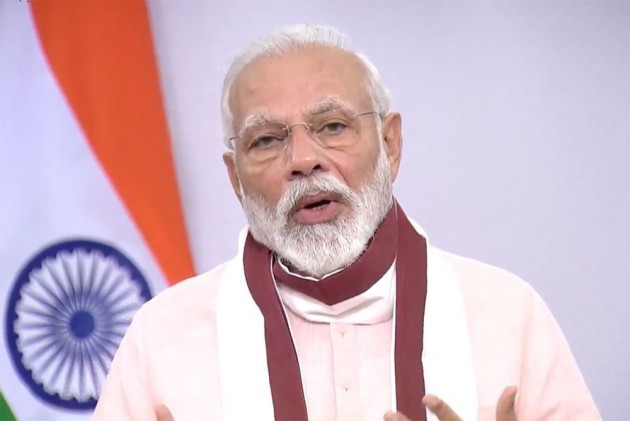 Prime Minister Narendra Modi on Tuesday unveiled two slogans which could soon gain wide coinage in the political scene. He emphasized the need for "Atmanirbhar Bharat Abhiyan", a campaign to make the country self-reliant and become “local mein vocal” (vocal about local).

These are clear signs that the Prime Minister had China, India’s biggest trade partner, in mind when he discussed the idea of self-reliance. No one doubts that a strong and self-reliant India will have greater international prestige than the one that relies heavily on imports.

“In this hour of crisis, local suppliers have met our demand; Indians have to be “vocal about local” and buy products from them,” the Prime Minister said. He was referring to the Personal Protection Equipment (PPE) kits for medical personnel and masks which were manufactured en masse by Indian industry at a short notice. Besides, many local companies have started manufacturing ventilators.

Modi emphasised the importance of self-reliance throughout his speech, which included the announcement of Rs 20 lakh crore economic package, equivalent to 10 per cent of the country’s Gross Domestic Product (GDP).

We need to dwell a little on his second slogan, “local mein vocal”, before discussing the five pillars. The slogan is clearly meant to encourage people to choose locally made goods and reduce the craving for foreign brands. This is similar to the campaign carried out by the RSS-backed outfit, “the Swadeshi Jagaran Manch” and the views expressed by yoga guru and businessman, Baba Ramdev.

This has opened up a strong possibility for the government to encourage substitution of imports of low-technology goods from different countries, particularly China. The government may be considering a sharp rise in custom duties on a range of imports to encourage manufacturers to produce them locally at lower prices.

Estimates by the India China Economic and Cultural Council (ICECC) indicate that nearly 30 per cent of low-tech imports from China can be replaced by local manufacturers, if they are given the right opportunity. Much of these goods were earlier produced in India before the manufacturers closed their factories and switched to imports over the last decade.

India has already successfully experimented with high custom duty on imports of mobile phones and their parts. Chinese companies like Xiaomi, which had been importing its products from China, were forced to establish manufacturing facilities in India after the government hiked import duties.

Modi’s five pillars of self-reliance include the words “demand”, which refers to consumer demand for goods and services, and the crucial word “infrastructure”.

China, the world’s biggest player in the infrastructure construction business, has been desperately trying to persuade New Delhi to endorse its Belt and Road Initiative (BRI) and allow its construction companies to build linkage infrastructure connecting China, India, Bangladesh and Myanmar. Far from endorsing, India is the only major country to openly oppose it, resulting in loss of image for the Chinese program.

The latest announcement shows that the government will encourage local construction companies to take up the infrastructure building challenge on a massive scale, instead of depending on foreign firms.

The big question is whether the government has an elaborate plan to support the Prime Minister’s self-reliance plan. If not, it will remain political sloganeering with the industry getting no opportunities to take forward the dream of self-reliance.