Ten persons were killed and over 24 injured in clashes over a land dispute in Sonbhadra district on Wednesday. 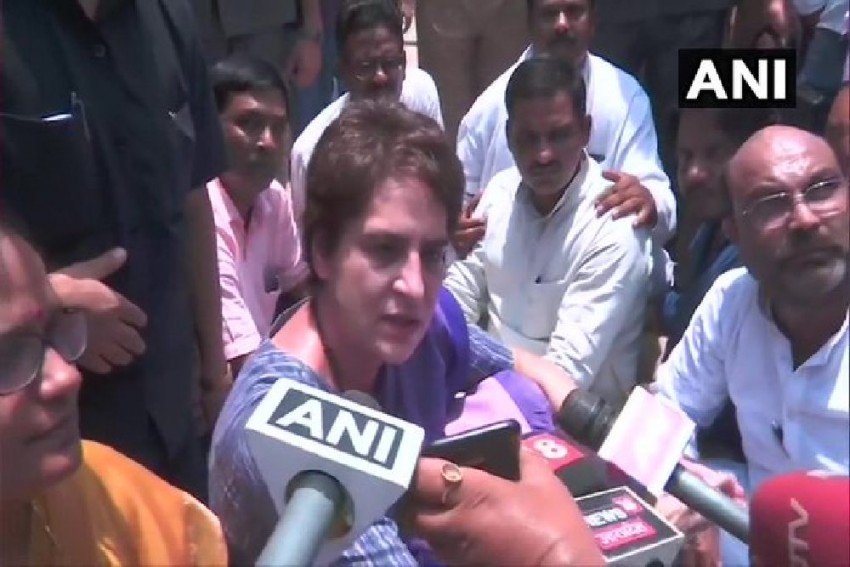 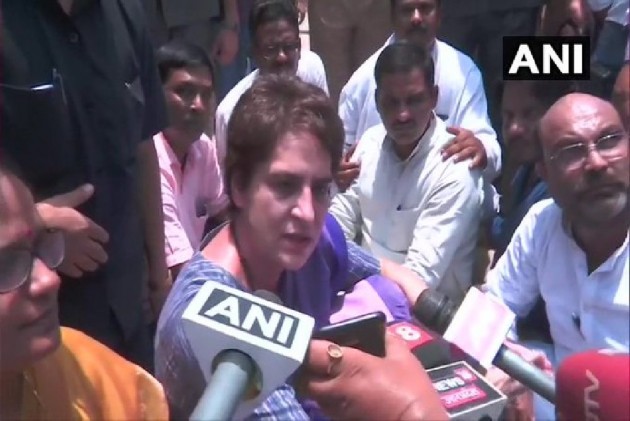 Priyanka Gandhi Vadra was on Friday stopped from proceeding towards Sonbhadra district in Uttar Pradesh to meet families of those injured in a clash that claimed 10 lives.

The Congress General Secetary, who was scheduled to go to Sonbhadra after meeting the victims at Varanasi, was stopped in Mirazapur, following which she staged a sit-in along with party workers and leaders.

Priyanka Gandhi Vadra in Narayanpur: Just want to go and meet families of victims(Sonbhadra firing case),I even said will take only 4 ppl with me.Yet administration is not letting us go there.They should tell us why we are being stopped.We will continue to sit here peacefully pic.twitter.com/ICkI2AZAEH

Priyanka and her party workers demanded that they should be shown the order under which she was stopped.

"I want to peacefully meet the family members of the victims who had fallen to the bullets in the clash. I want to see the orders under which I have been stopped to meet them," she said while sitting on the dharna .

"I can move ahead only with four people. I want to meet the victims ," she said.

"The illegal arrest of Priyanka in Sonbhadra, UP, is disturbing. This arbitrary application of power, to prevent her from meeting families of the 10 Adivasi farmers brutally gunned down for refusing to vacate their own land, reveals the BJP Govt’s increasing insecurity in UP," Rahul said in a tweet.

Priyanka and other members of the Congress were stopped at Narainpur in Uttar Pradesh's Mirzapur district while they were on their way to Sonbhadra, and they sat on a dharna, Deputy Inspector General (DIG) of Police Piyush Kumar Srivastava said.

"They were pacified after sometime and taken to the Chunar guest house," a senior police official said.

However, the Congress claimed that Priyanka had been taken into police custody.

Ten people were killed and over 24 injured in clashes over a land dispute in Sonbhadra district on Wednesday. The incident took place when a dispute arose over a piece of land between the Gujjar and Gond communities.

Not Delaying Trust Vote, I Don't Have To Be Partisan: Karnataka Speaker