'Balochistan Is Bleeding': On I-Day, Baloch Activists Exhort India To Raise Issue In All Forms

Balochistan is a volatile region in the southwestern borders of Pakistan that considers itself under Pakistani occupation. The Baloch people say that they got independence from the British on August 11, 1947 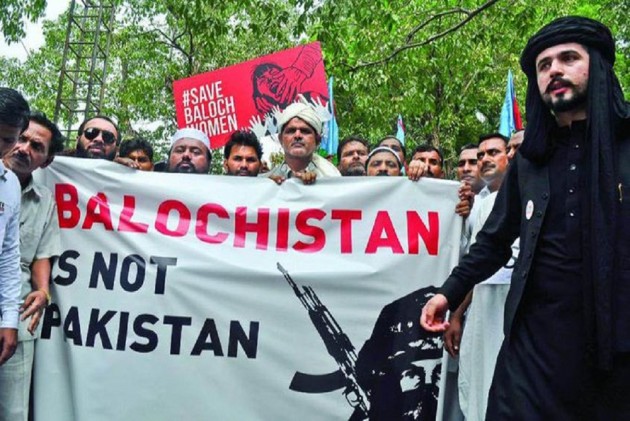 The people of Pakistan's province Balochistan expressed their solidarity with Indians on India's 73rd Independence Day on Thurday even as Pakistan observed the day as 'Black Day' in protest against India's decision to abrogate Jammu and Kashmir's special status and its decision to turn it into a union territory.

"I want to wish my Indian brothers and sisters a very happy Independence Day. The success they have made in the last 70 years makes Indians proud. Today, Indians are proud all around the world. We Balochs are thankful for their solidarity and help. We want them to raise their voice for a free Balochistan. We need their support. Thank you and Jai Hind," said Baloch activist, Atta Baloch.

Balochistan is a volatile region in the southwestern borders of Pakistan that considers itself under Pakistani occupation. The Baloch people say that they got independence from the British on August 11, 1947.

Another Baloch activist, Ashraf Sherjan, also after wishing India on this occasion urged the latter to "raise Balochistan officially in all forms, including the United Nations."

"I wish a very happy Independence Day to all my Indian brothers and sisters. We appeal to India to raise Balochistan officially in all forms, including the United Nations. The people of Balochistan are suffering genocide at the hands of Pakistan and its military establishment," Sherjan said.

"Balochistan is bleeding," he added.

The activist further requested India to be "the voice of the voiceless."

The Balochistan province is rich in natural gas fields and has accused China of plundering their economic wealth especially after the construction of modern transportation networks, numerous energy projects, and special economic zones under the China Pakistan Economic Corridor.