Real Madrid head coach Zinedine Zidane says his side will go until the final minute in the LaLiga title race with leaders Atletico Madrid two points ahead. 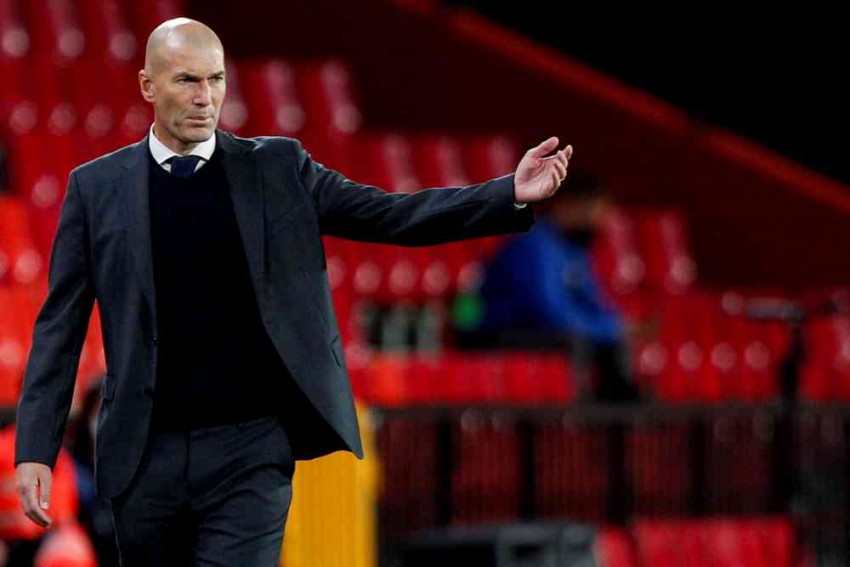 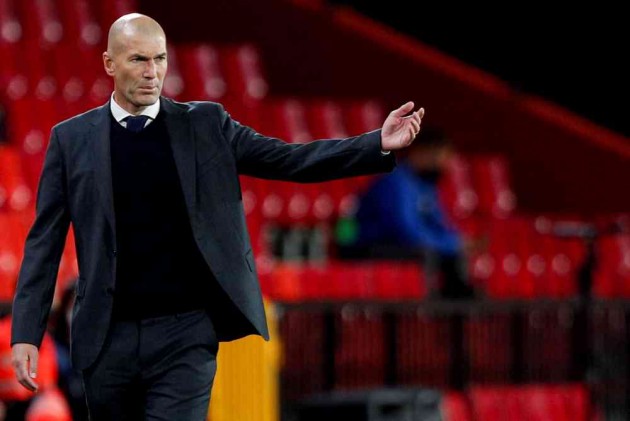 Real Madrid head coach Zinedine Zidane says his side will go until the final minute in the LaLiga title race after closing within two points of leaders Atletico Madrid on Thursday. (More Football News)

Madrid won 4-1 away to Granada to keep the pressure on the leaders with games to go, while moving ahead of third-placed Barcelona who are a further two points back after their 3-3 draw at Levante earlier in the week.

Atletico remain in the box seat to clinch their first LaLiga title since 2013-14, but Zidane's side remain in the hunt should there be any slip-ups.

"We'll keep going; there are two games left and we'll go to the end, until the final minute, we'll give it our all," Zidane said post-game.

Atletico's final two league games are at home to 11th-placed Osasuna and away to 18th-placed Valladolid, while Real go to ninth-placed Athletic Bilbao and host seventh-placed Villarreal on the final day.

Los Blancos are unbeaten in their last 16 games in LaLiga (W11 D5), the best current unbeaten run in the competition. In addition, they have equalled their best unbeaten run in a single league campaign under Zidane, achieved in 2016-17 (P16 W12 D4).

Zidane was delighted with the win at Granada which loomed as a tricky assignment in the run home.

"It's not just about the goals," the Frenchman said. "We played very well, defensively too.

"We started the game very well, it was a complete performance. I say that because at 2-1 we didn't let our intensity drop, we scored again quickly and that shows our character.

"Thibaut [Courtois] made two or three saves, as he has been doing lately, but it's all good. In general terms it was a good win against a decent side at a tough place to come, because Granada are a side who have had a fantastic year."

Zidane: "It’s not just about the goals. We played really well. We were good in defence. We started the game well, and played a complete match. At 1-2 we didn’t lower the intensity and we scored soon after. This shows the team’s character."#HalaMadrid pic.twitter.com/GzaRjLMtBo

Marvin was substituted at half-time after a hamstring issue, while Marcelo did not play due to a minor injury concern as Zidane fielded his youngest starting XI all season.

"Marvin picked up a knock. I hope it's nothing serious but yes, he felt something in his hamstring," Zidane said.

"Marcelo didn't play because of an injury and we didn't want to take any risks, as always. The injury is the reason why he didn't come with us."