The Ashes 2019: Jofra Archer Not About To Ease Up On Australia, Warns Ben Stokes 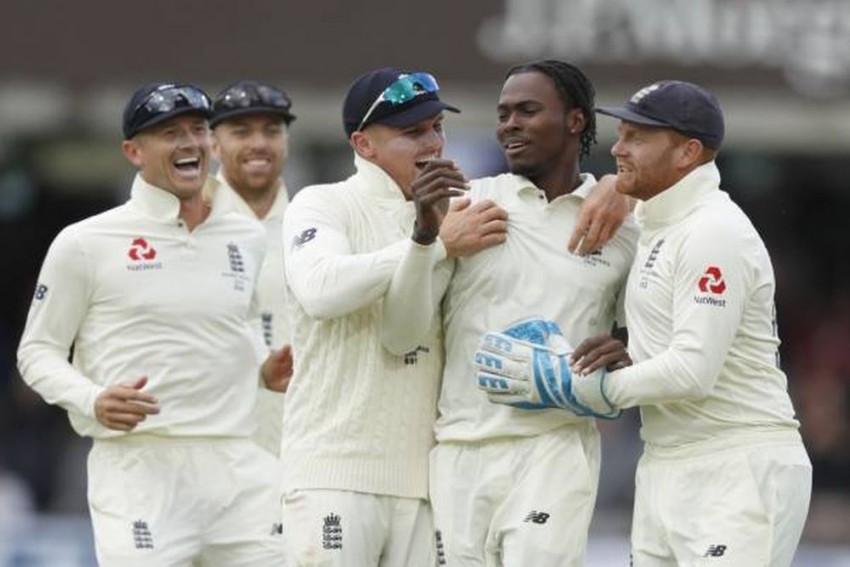 Jofra Archer (second from left) bowled 44 overs in the second Ashes Test at Lord's, taking two for 2/59 and 3/32 in the first and second innings respectively.
AP
Omnisport August 20, 2019 00:00 IST The Ashes 2019: Jofra Archer Not About To Ease Up On Australia, Warns Ben Stokes 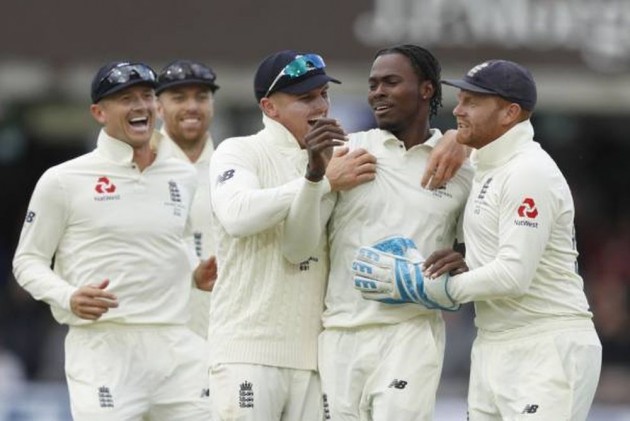 The visitors' star batsman Steve Smith will face tests to ascertain whether he can take part in Leeds, having worn a vicious bouncer from Archer at Lord's.

The delayed onset of concussion symptoms led to Smith having to sit out an absorbing final day – his replacement Marnus Labuschagne also copping some Archer punishment before helping to save a draw after Stokes' superb unbeaten 115 put England in command.

"It's part of the game and a big part of Jofra's game, being aggressive, not letting batsmen settle. That bouncer of his is a huge asset and he's going to keep on doing it," the all-rounder told reporters.

"When someone takes a nasty blow, no bowler is going to say, 'I'm not going to bowl that again because I don't want to hit them again'. The concern is always there when someone takes it. But next ball, when you get back to the mark, it's [a case of], 'I'm going to keep doing it'.

"We've seen Mitchell Johnson do it to us, especially in 2013-14, but Jofra just makes it look so easy, like he's walking in to bowl. And I'd rather have him on my team than have to face him. He's a frightening talent."

Jos Buttler was fielding at short leg when Smith was felled by the blow to his neck, making him first on the scene to check his opponent's wellbeing.

Along with Buttler, Archer and Stokes were also team-mates of Smith's with the Rajasthan Royals in the Indian Premier League.

"We've got a good relationship from playing together and so does Jofra," Stokes said. "I messaged him [that evening] and had a little giggle with him, which was good, saying, 'Jofra's a good shot to hit that pea-head'. I think he was in as good fettle as he could have been.

"I was leg slip when it happened. It just hit flesh – not one of the nicest things to see on a cricket field. Someone going straight down like that was a pretty scary couple of minutes for everyone out there. It was great seeing him get back up."