Steve Smith, who was removed from the second Ashes Test at Lord's due to concussion, hopes to return at Headingley. 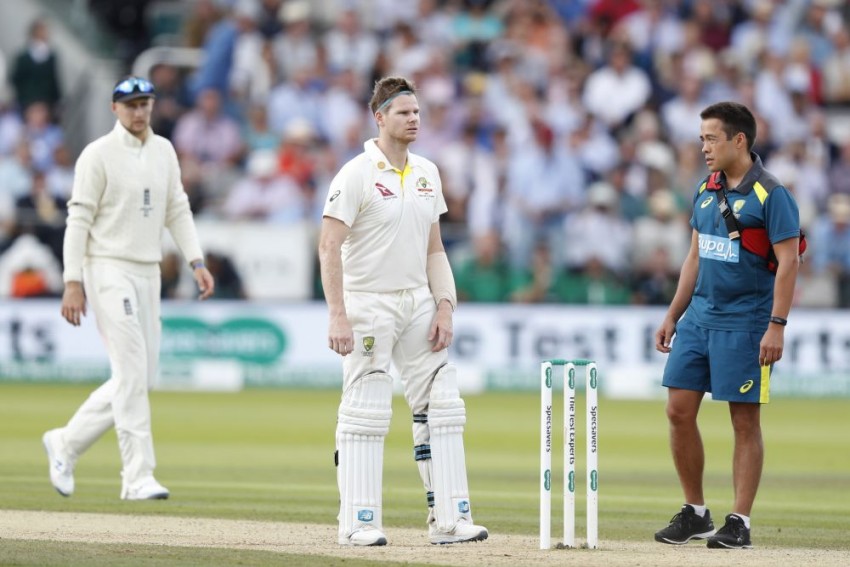 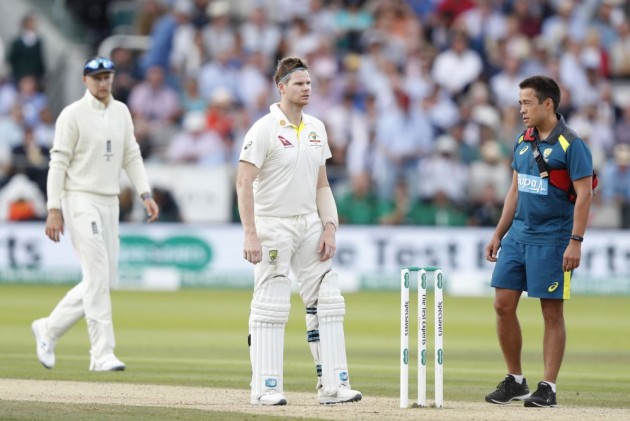 Steve Smith is "hopeful" of being fit for the third Ashes Test after being ruled out of the final day at Lord's following symptoms of concussion. (LORD'S TEST HIGHLIGHTS | SCORECARD)

Smith was hit on the neck by a Jofra Archer bouncer during Saturday's play in the second Test and, after being assessed by medics, he walked off the field of play. (CRICKET NEWS)

The former Australia captain came back to the crease after Peter Siddle was dismissed but an erratic return ended when he left a Chris Woakes inswinger and was trapped in front for 92.

Smith therefore missed out on the chance to make a third successive century after he inspired Australia to victory by reaching three figures in both innings of the opening clash at Edgbaston.

With the next match of the series starting at Headingley on Thursday, Smith is targeting a rapid return.

"It's a quick turnaround between Test matches," said the 30-year-old. "I'm going to be assessed over the next five or six days, each day probably a couple of times a day, to see how I'm feeling and progressing.

"I'm hopeful I will be available for that Test match. It's certainly up to the medical staff and we'll have conversations, but it's certainly an area of concern, concussion, and I want to be 100 per cent fit.

"I think I've got to be able to train probably a couple of days out then face fast bowling to make sure my reaction time and all that sort of stuff is in place.

"There's a few tests I'll have to tick off and I guess time will tell."

Smith, who was also struck on the arm by Archer during a spell of searing pace from the debutant, revealed the neck injury is causing him discomfort and explained his condition has worsened since on-field tests were conducted.

"I started to feel a little bit of a headache last night, probably as the adrenaline came out of my system," he explained.

"I was able to get a good sleep, rare for me, but woke up a little bit groggy and with a headache again. Had some tests done and after further assessments it was deemed to be a mild concussion so I've been ruled out for the rest of this Test match.

"When I came off the ground the [concussion] tests were normal. I passed all the tests and felt fine, felt normal, so I was allowed to go back out and bat. Upon discussions with the doctor and the team coach, they were both happy and I was comfortable.

"The neck didn't have any real pain [on Saturday] when I touched it or when anyone else touched it. [Now] I do have a bit of pain there – whether that's some swelling or what, I'm not sure, so perhaps that’s leading to me having a headache and feeling a bit groggy.

"The arm feels pretty good, actually. It's quite a good bruise and bump I have on it but it's feeling a lot better. The movement I have on it is far greater than I had [on Saturday] and that feels really good."

As part of new concussion protocol rules, Australia were permitted to replace Smith with Marnus Labuschagne for the remainder of the Lord's Test.

"With the tests that I've done and how I've felt this morning it's the right decision," said Smith.

"I'd obviously love to be out there trying to keep performing and help Australia win another Test match but I think the right decision has been made.

"I'll obviously be monitored pretty closely with the quick turnaround between Test matches and I'm hopeful I can make a recovery for that."

Smith bats without a neck guard on his helmet but indicated he will reconsider what protection he uses before he returns to action.