India Vs South Africa: Our Intent Has Always Been Honest, Says Virat Kohli

India ticked all boxes with ease as they deservingly completed a 3-0 rout of an out of sorts South Africa with a comprehensive innings and 202 runs victory in the third and final Test at Ranchi, on Tuesday. 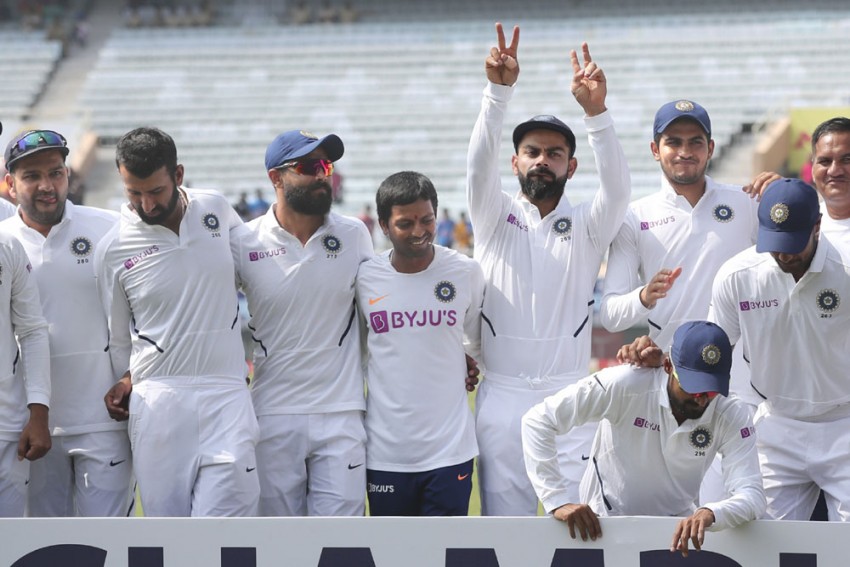 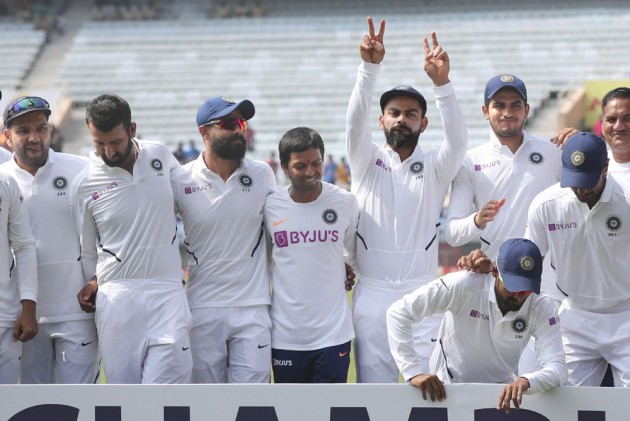 The intent has always been honest and that precisely is the reason for the stupendous results that the Indian cricket team is currently delivering, skipper Virat Kohli said on Tuesday after a thumping 3-0 whitewash of South Africa.

India had two innings wins in three Test matches and have now won 11 successive series at home under Kohli's leadership.

"As long as we keep working with honest intent, those things will follow. We have wanted to be the best team in Test cricket, and as long as we compete, things will work out well for us," Kohli said at the post-match presentation ceremony.

The best part about the win was taking the conditions out of the equation, said Kohli.

"Amazing. You guys have seen how we're playing. Making things happen on pitches that don't seem to offer too much, is something we're very proud of," the skipper said.

While spinners got 34 wickets, the pacers, in conditions which were not exactly bowler-friendly, snared 26 scalps with Umesh Yadav and Mohammed Shami doing bulk of the damage.

"Even when we travelled away from home, we wanted to compete. Getting into the right kind of mindset is something these guys have worked really hard to get into... To be the best side in the world, you have to be multi-dimensional," skipper said.

"Spin was always our strength, batting was never a problem for us. Ishant (Sharma) was the only experienced bowler for us. We said we can play an extra bowler, and as batsmen we said we'll get the job done.

"We've got runs in every Test match, our catching has been good too. (Goal) As I said, even without much experience, we travelled very well. We believe we can win anywhere," the skipper added.

His counterpart Faf du Plessis also agreed that it was high quality pace bowling from India.

"I think it's the skill of the bowlers. They have a skiddy nature and they hit the right spots and the stumps at all times. Those are the things we talked about before we came here, but naturally the length in South Africa has to be a little shorter, and that takes time to adjust," Du Plessis said.

The fight tapered off after the first Test in Visakhapatnam and du Plessis acknowledged that his side wasn't up to it.

"That's the frustrating part of the tour. There were some really good signs, but it went the other way," the Proteas skipper said when dissecting performance on the tour.

"Every Test, we made more mistakes. But we have to give credit to the Indian team. They were ruthless and they were better than us in every department - spin bowling, fast bowling, batting and even the fielding. They are a difficult team to overcome.

"The mindset after 2015 was to prepare ourselves for really spinning tracks, but it's been the opposite. Really sporting tracks - fantastic for fast bowlers and even for batsmen. There's a lot to learn for us," he added.

The visiting skipper said that this is a young team which would learn to fight its way out of trouble in adverse conditions.

"It's important that we have some young guys, and they'll experience this in 3-4 years ago. It was important for us to take something back again.

"We have to learn to compete the next time again. This is the toughest tour on the circuit... (India's) 11 series wins in a row bears testament to that."