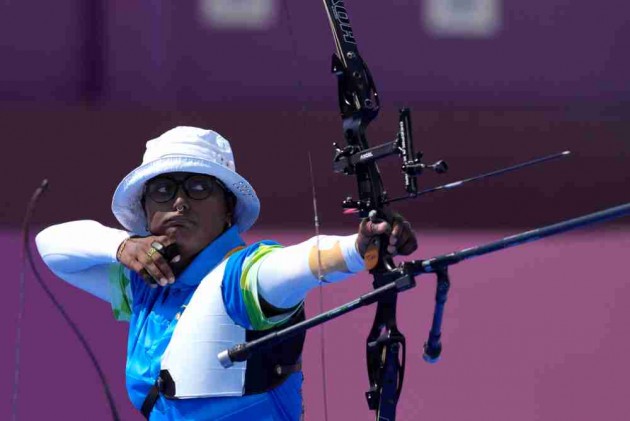 PV Sindhu and Deepika Kumari remained on course to win a medal at Tokyo Olympics. Sindhu, the Rio 2016 badminton silver medallist, topped her group on Wednesday and advanced to the pre-quarterfinals where the tournament will get more competitive. Deepika Kumari, the world No. 1, was the only Indian archer to progress to the round of 16 after veteran Tarundeep Rai and Pravin Jadhav made good starts but fizzled out in the individual competition. Pooja Rani became the third women after Mary Kom and Lovlina Borgohain to win her first-round boxing match as she moved to the quarters with a tactical win against a rookie from Algeria. But bad news continued from the women's hockey camp as Rani's team crashed to their third successive defeat, this time against Great Britain. So far, India have a lone silver medal won by Mirabai Chanu in weightlifting on Saturday. (MEDAL TALLY | Day 6 HIGHLIGHTS)

Round of 32: Deepika Kumari beat Jennifer Mucino-Fernandez  (US) 6-4 to reach Round of 16

Round of 32: Tarundeep Rai lost to Itay Shanny (ISR) 6-5 after a shootoff