MS Dhoni, who was stumped for the first since 2011 during India's against Afghanistan, was on a suicidal mode during their ICC Cricket World Cup 2019 match against the West Indies at Old Trafford, Manchester on Thursday. But he survived thanks to a botched-up effort from Shai Hope 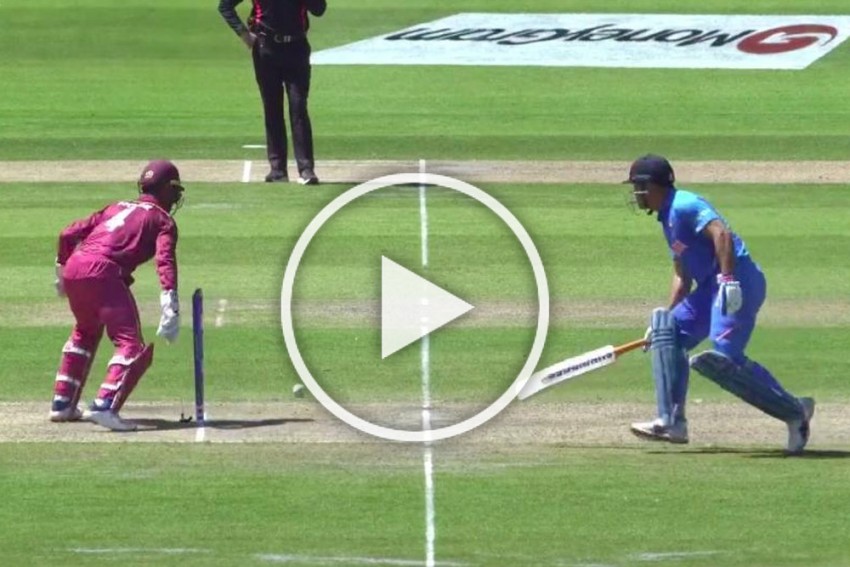 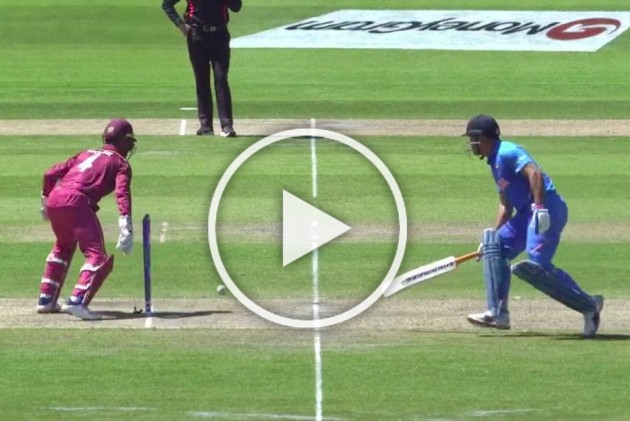 MS Dhoni, once an epitome of self-assurance and one of the toughest batsmen to dismiss, has become the proverbial walking wicket. On Thursday, the former India captain almost gifted away his wicket in a bizarre manner, only to be saved by a botched-up work from the West Indies wicket-keeper Shai Hope during their ICC Cricket World Cup 2019 group match at Old Trafford, Manchester.

Batting first, India lost opener Rohit Sharma (18) early in the innings courtesy a controversial caught behind decision from the third umpire. Then skipper Virat Kohli, who became fastest to 20000 international runs,  and KL Rahul (48) steadied the ship, only to find themselves ar 140/4 inside 29th over with Rahul, Vijay Shankar (14) and Kedar Jadhav (7) making a hasty return. Then entered Dhoni, to a warm welcome from the Old Trafford crowd.

But Dhoni, who was stumped for the first since 2011 during India's last match against Afghanistan, was on a suicidal mode. In the 34th over, the 37-year-old came down, way down the pitch to play the first delivery off Fabian Allen and completely missed the ball.

Hope got two chances to send Dhoni back, but the Windies wicket-keeper missed out on both the occasion, resulting in a bye. It was so strange that the LED stumps were lit up and Dhoni still survived. Hope's attempt, or the lack of it, will go down as one of the worst crimes ever committed in a World Cup match.