Sarfaraz Ahmed's Pakistan missed out on a spot in the ICC Cricket World Cup 2019 semi-finals as they finished fifth despite being tied on points with fourth-placed New Zealand. Pakistan couldn't progress due to an inferior net run rate. 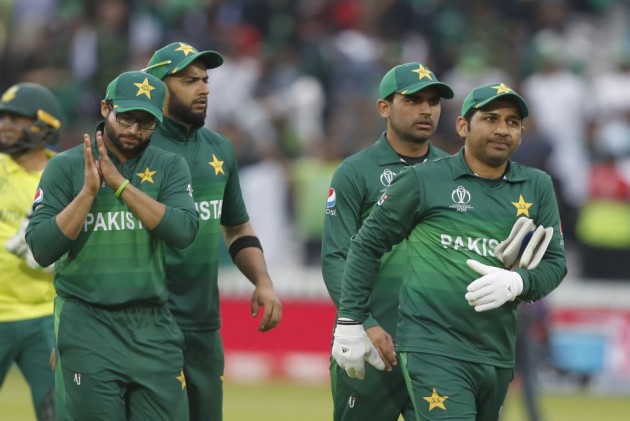 Neither ashamed nor in a mood to quit after Pakistan failed to qualify for the ICC Cricket World Cup 2019 semi-finals, skipper Sarfaraz Ahmed on Sunday said he can take his young team to the "next level". (SEMIS LINEUP)

Addressing a press conference, hours after returning from London, the wicketkeeper-batsman said the team did not fare poorly and was close to making the knockout stage.

"I don't think we need to be ashamed of anything. We had a tough time in the first five matches specially after the defeat to India but I am proud of the way the team fought back to win the last four matches," Sarfaraz said.

ALSO READ: A World Cup Of 'Ifs And Buts,' Coach Mickey Arthur Says Pakistan Can Leave With Their Heads High

He flatly refused suggestions that it's time that he gives up captaincy.

"The Pakistan Cricket Board will decide on who will be the captain. But personally, since you asked me, I know these players very well now. Most of them are young and if we learn from our mistakes in the World Cup, I can take this team to the next level, especially with the World T20 Cup coming up next year in Australia," he said.

Pakistan finished fifth in the World Cup after they lost the semifinal race to New Zealand on Net-Run-Rate.

"I am satisfied with our performance and we should have reached the semis but in overall context and given the tough conditions we faced in England I think we did respectably well. I have not thought about leaving the captaincy.

"I know that if I get a chance to continue, we as a team will make more progress," he said.

Sarfaraz said Pakistan had not only encountered tough conditions but the criticism and reaction of some people after the defeat to India was very hurtful.

"There were some incidents with the players including myself in London which we reported to the Board. They were not needed and it hurt and shook the players. We were upset at losing to India but we didn't expect such reactions, even though isolated."

He said that after going through so much after first five matches, the team had really fought back well to win four matches on a trot.

"It was a great performance and I think the washout against Sri Lanka and the performance against West Indies in the end kept us out of the semis. But the pitches variation was something which we didn't expect in the tournament. We were tested and we played badly against Australia and India."

The Pakistan captain made it clear he had no problems or differences with either head coach Mickey Arthur, chief selector Inzamam-ul-Haq or any players.

"The teams we selected in the World Cup, it was the three of us doing it. There was no dispute. There was no interference in my authority. I think we did our best but yes mistakes were made."

Sarfaraz said after the defeat against India, the team had a week-long break and he had called all the players and had a frank talk with them on every issue.

He also defended the decision to not play young bowler Mohammad Hasnain.

"There were senior bowlers available and we did not get a match, where we could give him an opportunity. We picked Wahab Riaz after the bilateral series with England and realising we needed some pace and experience in our bowling attack."