Success Of ‘Saubhagya’ Scheme Would Depend On How It Addresses Gender

Recent policies and programmes such as the draft National Energy Policy (NEP), 2017 and Pradhan Mantri Ujjwala Yojana have attempted to fill the critical gender gap by recognising the linkages of women to energy access. 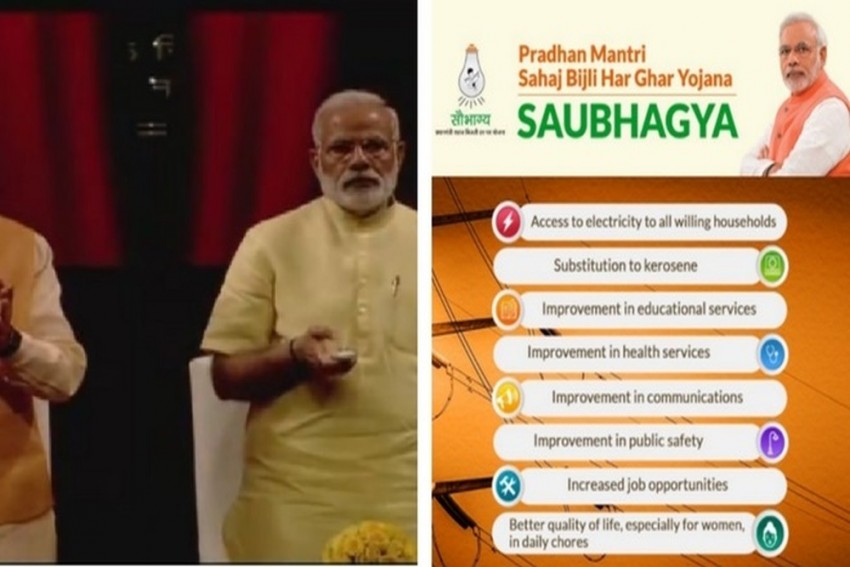 File Photo
Aparna Roy April 10, 2019 00:00 IST Success Of ‘Saubhagya’ Scheme Would Depend On How It Addresses Gender 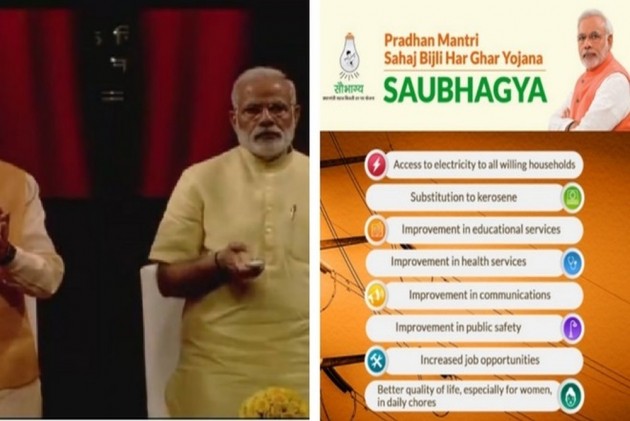 The Modi government is all set to meet its ambitious target of ‘power to all’ through its flagship programme- the Pradhan Mantri Sahaj Bijli Har Ghar Yojana or ‘Saubhagya’. The Centre claims to have already achieved 100 per cent electrification in 99.93% or 26.02 million households with only about 0.07% remaining in Chhattisgarh as on March 31. While India makes progress towards Sustainable Development Goal 7 or the provision of affordable, sustainable, reliable and equitable access to modern energy by 2030, the question we must ask is: do merely providing electricity connections to households ensure a meaningful and effective electricity access to all and lead to subsequent socio-economic benefits that it must accrue?

Electricity policies and programmes impact women and men differently due to their varying roles at home, workplace and society. In emerging economies such as India, electricity is critical to women’s economic empowerment and well-being. Women in India still spend up to five hours a day collecting fuel for cooking. This forms a part of their unpaid, unrecognised and unaccounted care work that limits their opportunity for education, employment and economic advancement. Further, the use of biomass and unclean fuel for cooking have a significant impact on their health. According to a World Health Organization report, these traditional fuel sources cause severe health and respiratory diseases killing 500,000 people in India every year. Moreover, a lack of women’s access to sustainable electricity supply compounds to the multi-dimensional exclusion they face, leading to unfavourable and irreversible consequences for the environment, economy and society. Despite this, gender considerations are not yet ‘mainstreamed’ in India’s electricity policies and programmes.

Ensuing electricity access, for women in particular, could benefit them by reducing drudgery, enabling better delivery of basic services such as health and education and increasing livelihood opportunities. A sustainable flow of electricity in rural communities could result in a 9 per cent increase in female employment, and 23 per cent increase in the probability of rural women working outside the home. According to a recent study by the McKinsey Global Institute, empowering women to participate in India’s economy on an equal basis with men would add $3 trillion to the nation’s economy by 2025.

Recent policies and programmes such as the draft National Energy Policy (NEP), 2017 and Pradhan Mantri Ujjwala Yojana have attempted to fill the critical gender gap by recognising the linkages of women to energy access. However, their objectives do not explicitly associate women in the energy supply chain or modern and productive forms of energy. The focus so far has remained limited to benefitting women with clean cooking access, through fuel substitution of energy sources like firewood, dung cake, kerosene etc. to cleaner sources like LPG and electric cook stoves. Associating women strongly with the realm of cooking reflects that our policies and programmes are still informed by historical discourses on gender and energy, that identifies women primarily with reproductive and care giving roles.

Whereas, besides cooking, Indian women make a significant contribution as micro- entrepreneurs. In rural areas, where the Distribution Companies (DISCOMs) are plagued with high distribution and transmission losses and ageing grid infrastructures, women play a substantial role in the decentralised electricity sector by assembling circuit boards, creating solar lanterns and marketing them in the villages. Traditionally, women are also actively engaged in post-harvest activities associated with processing, preservation and packaging of farm produce. Therefore, besides household connectivity, ensuring an adequate and affordable electricity supply for such home-based micro-enterprises and post-harvest technologies such as power-operated grain thresher, groundnut stripper etc., would directly benefit women.

Furthermore, coupling the electrification plans with necessary resource support such as access to efficient appliances, financing, and livelihood opportunities would enable the productive use of electricity and unlock the potential for socio-economic benefits.

One of the key barriers for gender inclusion in schemes such as ‘Saubhagya’ is that like other policies and programmes, its design is largely supply driven and not planned based on demand. The provisions reflect an implicit assumption that the benefits will trickle down to all people irrespective of economic, social or cultural barriers, including those faced by women and the disadvantaged. Moreover, there is a lack of significant empirical evidence and studies documenting the merit of gender inclusion, ways of translating gender elements into practice and cases suggesting the outcome of such initiatives.

The government and policy makers at the NITI Aayog must take urgent and affirmative action to address these major concerns and create an ecosystem for integration of gender across all spheres of such policies and programmes. Creating and adapting a more multi-dimensional framework for measuring electricity access that could capture gender disaggregated data and indicators would push for a more inclusive and sustainable implementation of ‘Saubhagya.’

The success of a universal electricity access programme of scale such as ‘Saubhagya’ should not be measured on the basis of number of households covered, but, in the light of fair distribution of socio-economic benefits among all members of the communities and corresponding positive outcomes that impact differing cultural contexts such as patriarchy and gender.