Shivraj Singh Chouhan sys the BJP has set an example as its leaders grow in the party naturally, while the Congress is unable to move beyond a family. 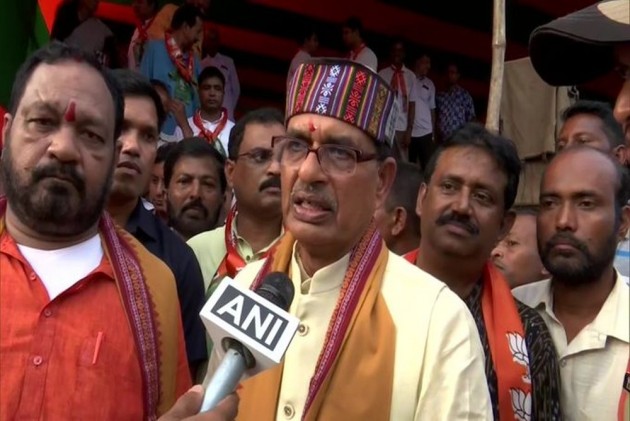 Senior BJP leader Shivraj Singh Chouhan on Sunday said dynasty politics was rejected in the last general elections, but the Congress did not learn from it and still wants Rahul Gandhi and Sonia Gandhi to lead the party.

Chouhan said the BJP has set an example as its leaders grow in the party naturally, while the Congress is unable to move beyond a family.

"The Congress party is not willing to learn. It is surprising that the CWC still wants Rahul Gandhi and Sonia Gandhi to lead the party," the BJP vice-president said told reporters here.

In a resolution, the Congress Working Committee (CWC) on Saturday appointed Sonia Gandhi the interim party chief till the AICC elects a regular president.

People have also rejected the politics of appeasement in West Bengal, he said adding that people chose nationalism and development.

The Congress party should choose a leader through a democratic process and if it fails to do so, no one can save the party, Chauhan claimed.