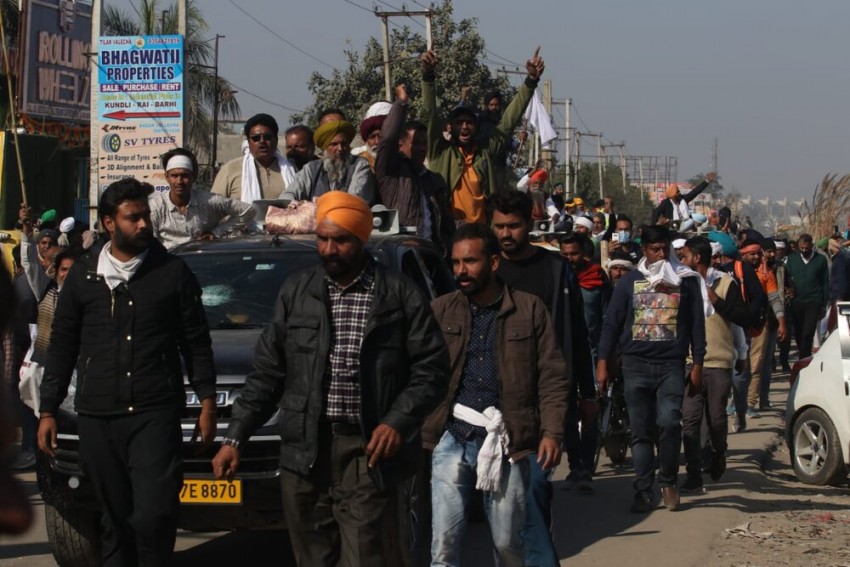 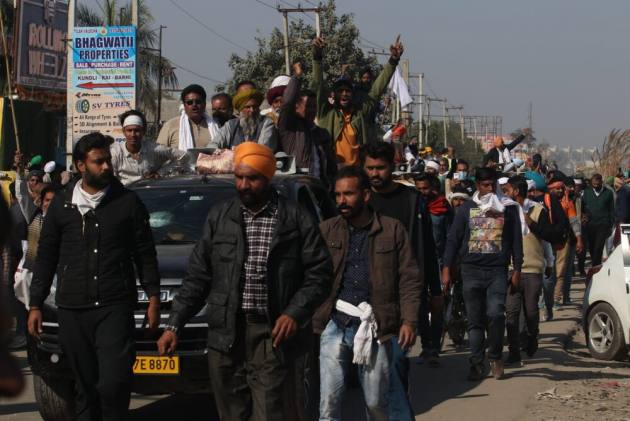 More Punjab farmers forced their way across the state’s border with Haryana on Friday, some of them facing water cannons and teargas as they hoped to join thousands who had already reached Delhi to protest against the Centre’s farm laws.

Earlier, protesting farmers at the Delhi-Haryana Singhu border on Friday threw stones and broke barricades as they clashed with Delhi Police which used tear gas shells to disperse them.

Angry farmers, who were denied entry into the national capital for their “Delhi Chalo” march against the Centre's new farm laws, managed to break the first layer of barricading, at the border.

Farmers who braved tear gas, water cannons to enter Delhi explain why they are protesting against the new farm laws. Watch--

#Delhi | #FarmersProtests| Farmers who braved tear gas, water cannons to enter Delhi explain why they are protesting against the new #FarmLaws.

Plumes of smoke were seen as security personnel used multiple rounds of tear gas to disperse the protesting farmers at the Singhu border.

“The farmers are resorting to stone pelting. They have been denied permission and legal action will be taken against them if they still enter or attempt to jump over barricades,” a police official said.

At the Singhu border, one of the main routes used to access the city from Punjab, farmers could be seen talking to a battery of police personnel across barbed wire fencing stretching across the road. Multi-layer barricading, including sand laden trucks and water cannons, was put up to block the farmers.

People Are To Blame For Rise In Delhi Infections: Doctor