Key accused in the lynching case Vishal Singh Rana, the son of local BJP party worker Sanjay Rana, and Puneet were among those in the crowd when Adityanath was addressing the election campaign in Bisada village of Greater Noida. 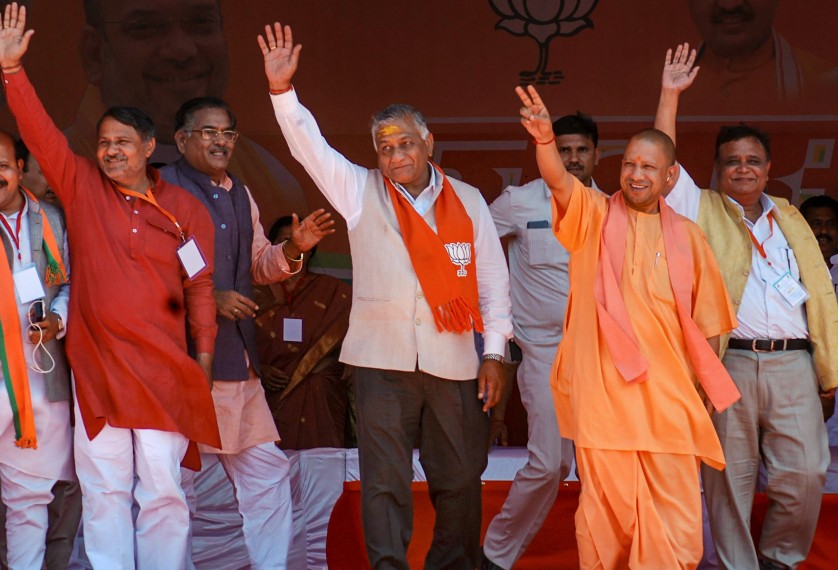 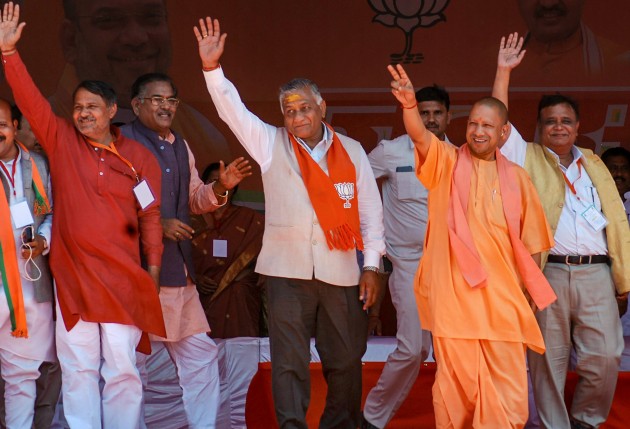 A group of men accused in the 2015 lynching of Mohammad Akhlaq over beef rumours in Uttar Pradesh's Dadri were seen sitting in the front row at a rally of Chief Minister Yogi Adityanath on Sunday.

Key accused in the lynching case Vishal Singh Rana, the son of local BJP party worker Sanjay Rana, and Puneet were among those in the crowd when Adityanath was addressing the election campaign in Bisada village of Greater Noida, where the lynching took place, the Indian Express reported.

Vishal had been charged under IPC Sections 302 (murder) and 307 (attempt to murder), among others. However, the charges are yet to be framed.

CM Adityanath raised the incident at the rally, saying “Who doesn’t remember what happened in Bisada? The way the Samajwadi Party government tried to curb our emotions here.”

He alleged that the Samajwadi Party (SP) and the Bahujan Samaj Party (BSP) only worked for the development of their families, created caste divide for personal gains, engaged in appeasement politics and destroyed the social fabric of the country.

"But ever since Narendra Modi became the prime minister in May 2014, our government had said that it would not work for individuals, families, caste, or religion, but work for villages, the poor, youth, women, farmers and for every section of the society," Adityanath said.

Hitting out at the SP and BSP, he said this is the same western UP where riots would occur from block level to district level every now and then and accused them of "conducting one side action to insult the majority community".

The chief minister accused the previous governments of harassing the majority community by lodging false cases against them and thus creating a "breeding ground" for riots.

Congress Has Refused To Join Hands With AAP: Arvind Kejriwal