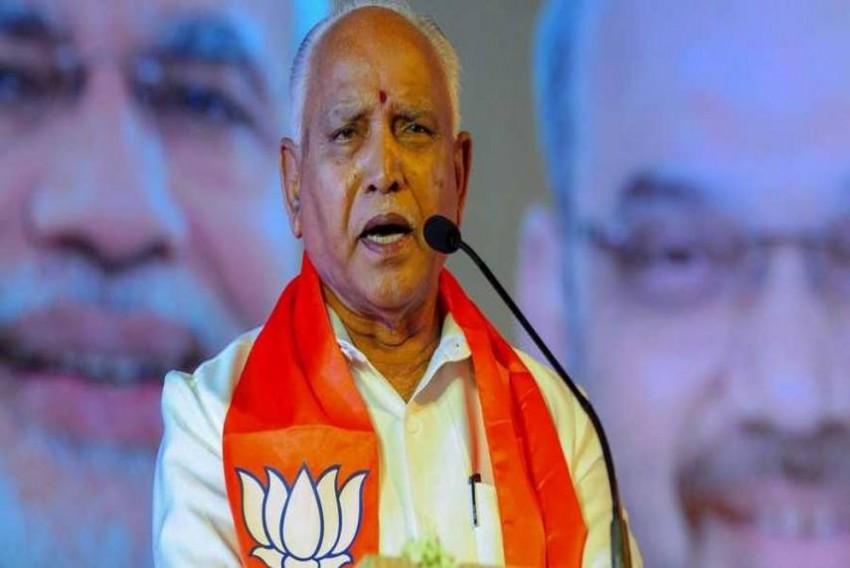 Amid speculation of an imminent exit, Karnataka Chief Minister B S Yediyurappa spoke for the first time regarding the matter. Breaking his silence, BSY said that that he is waiting to get further directions from the Bharatiya Janata Party's high command on July 25. He also added that he will abide by the decisions made by the central leadership regarding his future as the state's CM.

The rumours of BSY's exit surfaced following a meeting of the CM with Prime Minister Narendra Modi earlier last week. Yediyurappa's government will complete two years in
office on July 26.

The 78-year old Lingayat strongman had earlier tweeted, asking his supporters and well-wishers to remain calm and not indulge in activities or indiscipline that might cause embarrassment to the ruling party.

‘Not At All’: Karnataka CM Yediyurappa Dismisses Rumours About His Resignation

"Prime Minister Narendra Modi, Amit Shah (Home Minister) and our national President J P Nadda have a special love and faith towards me. You are aware that no position has been given to those who have crossed 75 years of age, but appreciating my work they have given me an opportunity despite me crossing 78 years," Yediyurappa said.

Speaking to reporters here, he said his intention is to strengthen the party in the days to come and bring it back to power.

Meanwhile, Congress has hit out rumours of the possible exit.

Accusing Chief Minister B S Yediyurappa of providing a "bad government" to Karnataka, senior Congress leader Siddaramaiah on Thursday said he doesn't expect that the state will get a competent government and an honest CM by removing him, as the BJP itself is a "corrupt party".

The leader of opposition in the state assembly was reacting to Yediyurppa's statement indicating that he is on his way out.

"Yediyurappa gave a bad government to Karnataka. He gave an incompetent government which was corrupt and not in favour of development," Siddaramaiah said.