The Afghan-Canadian singer talks about the feminist songs her father wrote for her, and tells DW about her heartbreak following the current occupation of Afghanistan by the Taliban. 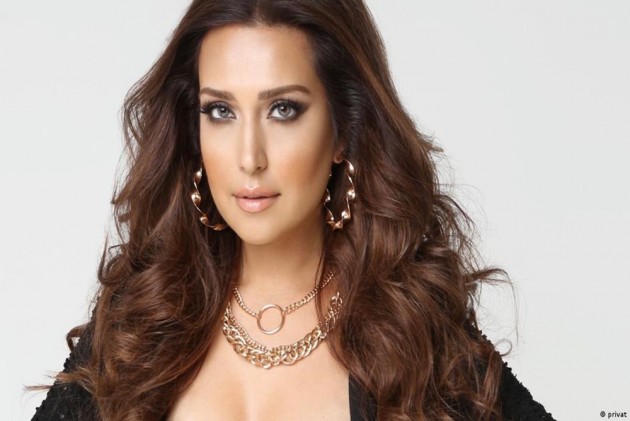 Over three decades ago, Mozhdah Jamalzadah was forced to leave Afghanistan after the country plunged into civil war following the fall of the Soviet Union. Together with her family, the singer escaped first to Pakistan, and then found refuge in Canada, where she now lives in Vancouver.

After years of tracking her country in the news, Jamalzadah decided to take up journalism as a profession, but soon gave up that dream after realizing that singing was the fastest and most effective way of getting her political messages across.

In a conversation with DW, Jamalzadah — known as the Oprah of Afghanistan — talks about her ascent to Afghan pop stardom, her stint in Afghanistan as a television talk show host and her heartbreak amid recent events in her country of origin.

How did you start singing songs on political issues and women's rights?

Mozhdah Jamalzadah: I got into music because I wanted to raise my voice and raise awareness, to remind the Afghan people that women are a very big part — they've always been a big part — of society. And that's the only way that Afghanistan could prosper, because during the Taliban, men started to restrict their women and their families.

That first video [for the song "Sher bacha"] was very provocative. I was dancing and I had a sleeveless shirt on. I was wearing a necktie and a chapeau hat. My dad wrote the next song, "Dukhtare Afghan" ("Daughter of Afghanistan"), for Afghan girls and women, and he wrote the most beautiful lyrics — it was the first Afghan female protest song that's ever been out there. And it said, "Don't break my wings, don't break my honor. I'm a proud Afghan girl."

Your dad comes across as a very progressive man. Is he?

He's a feminist. I was under his influence, maybe it's hereditary, maybe it's in my blood. But I know that he had a huge impact on me growing up with his ideology, the fact that he says it's the 21st century, there should be no women's issues at this time. And it's so sad to see the world has gone so backwards that he loses his mind. I mean, he doesn't understand any of it.

How was the time when you went back to Afghanistan?

The end of 2009, when I went back, that was a great time in Kabul. But here's the thing. The first song got, you know, my name a little bit out there. With the second song, I was surprised by the reaction I got, because it was a political song. I was completely shocked and surprised that Afghan men and women of all ages were so supportive and they absolutely loved this song.

And so that's when I got the offer from TV. It was a new TV station that was just launching in Kabul. And they called and they said, "Well, we would like you to host this show."

We started with child abuse, [explaining] what would happen if you speak to your child rather than hit them... 90% of children in Afghanistan are being abused in one form or another, which is so sad.

How was the show received?

My show got popular; it was an overnight sensation.

We had a good combination of everything, it was like magic. I started slowly getting into [the topic of] domestic violence here and there. And you could see the tension sometimes. But there were audience members that stood up and spoke in front of the camera. One lady stood up and she said, "Look at me. I got married when I was 12 or 13." She's like, "I have 10 kids and look at me now. I'm only this age, but I look a lot older."

There were 250 people lining up at every single show, and we hardly had any room to seat them.

But you also received threats.

Oh, we were getting threats regularly. At first I was scared because they were threatening to blow up the TV station and they would just call in.

When I started talking about domestic violence and you got into a little bit more of the taboo topics, it got very intense. And people did tell me, "You need to back down and you need to calm down a bit. You're pushing it."

Did you also feel at the time that women were getting more rights, or that things were getting slightly better for them generally?

Absolutely. I mean, just in my show, the person who ran the entire show was a 19-year-old girl. And there were men, of different ages, taking orders from her. There were really senior positions that women held. I mean, if you look at the government, if you look at companies and at the number of girls that had begun going to school versus just a few years before...

What made you leave?

I was forced to go back. There was another death threat, but this one was scary. I came home [to Canada] to visit my family for about two weeks. My dad was back home [in Afghanistan] with the NATO forces and he called my mom and he said there's a really, really bad rumor that I was dead.

My boss at the time, the owner of the TV station, emailed, saying, "Where are you right now?" I said, "I told you guys I'm going to visit my family at home." And he said, "Well, our news team just got a call saying that they have your dead body at this hospital." There were rumors that they had cut off my ears and nose and severed my head, shot me to death. And that I was raped. It was horrific.

I still went back.

Maybe I was younger and I just didn't realize the extent of the danger. They [the Canadian Embassy] just gave me a warning and they said, "We can't protect you." They said just get your things in order and leave.

2012. So then I came back to Canada and that was the end of my show, and then they said, you know, when things die down, you can come back. But then it just wasn't the same, and I started doing concerts, I still I was still singing songs and it was difficult losing all that.

Have you picked up singing again?

It didn't take long for me to get back up and start singing again and you know, going back to Afghanistan every few months. I was there doing concerts for different TV stations and still doing shows.

And then, of course, social media came. All of a sudden, I'm like, oh, look at the power of social media. Now I can speak my mind. And there's like all these followers I started getting from Afghanistan and I'm getting hundreds of thousands of views just on my YouTube channel or my Facebook page.

I was posting photos, for example, with a short skirt, and I would get so much backlash. That was me protesting. Slowly people started to calm down. If I post a photo of me with a bikini top now, people are not as vicious as they were with me when I was showing a skirt just below the knee.

So, things did change. People's minds did change. But the thing that scares me more than anything now is that all of that effort, the efforts of the international community and that the Afghans themselves have made for the progress of women and women's rights will go back to zero, because now the Taliban will once again have this influence on them. And I'm hoping that maybe this time around it won't be like that, but it's really hard to be hopeful.