Congress party's decisive win in Chhattisgarh and performance in Rajasthan and Madhya Pradesh have affirmed the leadership and strategic skills of Rahul Gandhi. 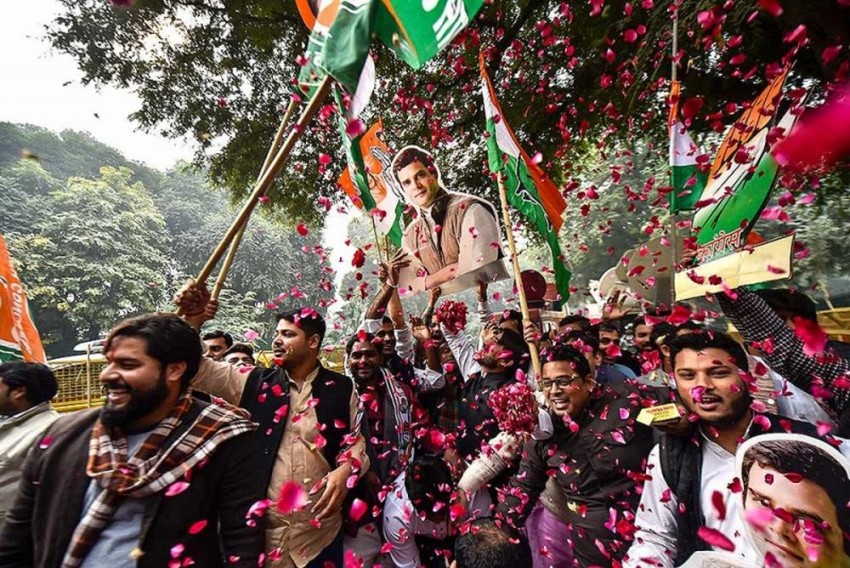 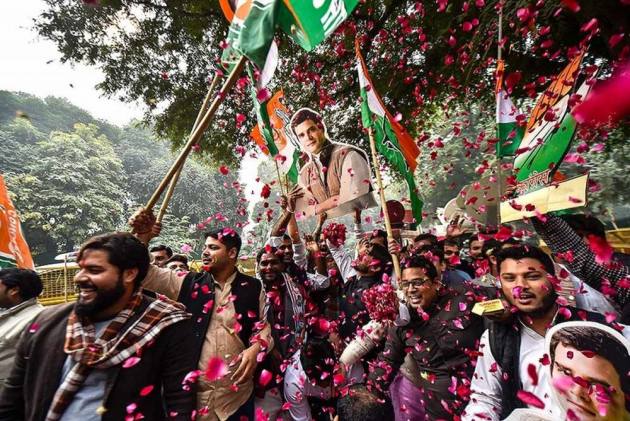 If the jubilant mood outside the Congress headquarters in the capital is anything to go by, it’s Rahul Gandhi all the way. With the party regaining power in the three Hindi heartland states of Rajasthan, Chhattisgarh and Madhya Pradesh, party chief Rahul Gandhi has emerged as the clear winner in the hard-fought battle.

The results of the three states provide a much-needed breakthrough to the grand old party since 2014. The win also boosts the morale of the party which was reduced to 44 MPs after the Lok Sabha elections in 2014. No elections in recent times would have generated so much interest and fought in a way it did this time.

Though these elections were crucial for the BJP, it was perceived as a do-or-die battle for the Congress too. Under Rahul Gandhi’s leadership, the party hadn’t tasted victory in a direct contest with BJP so far.

The decisive win in Chhattisgarh and victories in Rajasthan and Madhya Pradesh have affirmed the leadership and strategic skills of Rahul Gandhi who was under sharp criticism from many quarters for his inability to steer the party to victory in a number of previous elections.

In 2013, BJP had won 165, 163 and 49 seats in Madhya Pradesh, Rajasthan and Chhattisgarh respectively. Congress' clean sweep in Chhattisgarh has stunned the saffron party too, says a BJP veteran. Though the strong show of Congress has dispelled doubts on Rahul’s ability to outsmart BJP, analysts say that the Congress is yet to get its act together. They point out that while strong anti-incumbency factor played a crucial role in chaning the mood in favour of Congress, the party failed to fully capitalize on it. Rahul Gandhi’s peddling of soft Hindutva and his failure to project chief ministerial candidates in these states damaged the party's prospects.

A victory at this point gives Congress an advantage in forging alliance and bargaining power with like-minded parties for the Lok Sabha elections in 2019. As talks of a grand alliance involving all major opposition parties are gaining momentum, a resurgent Congress will undoubtedly give a new vigour and direction to the coalition. The fact that three crucial states are in its kitty also puts the Congress in the driver’s seat.

Besides, the party will also be looking to improve its tally in parliament elections in these states — Congress won only three seats compared to BJP’s 62 in 2014. However, its performance in Mizoram and Telangana is something to worry about. By putting up a feeble fight against the Mizoram National Front (MNF), the Congress managed to lose its last bastion in the North East. The party’s alliance with the Telugu Desam Party (TDP) of N Chandra Babu Naidu damaged its prospects in the southern state, says an observer.

Though BJP leaders are quick to dismiss the assembly results as an indicator of the general elections 2019, the writing is on the wall. BJP will have to do some serious introspection in the months ahead while Congress will have to put its act together. Congress also has its hands full with a daunting task of deciding the chief ministers and quelling rebellion in the party.