Prime Minister slammed the Congress for questioning the second anniversary of the surgical strike. 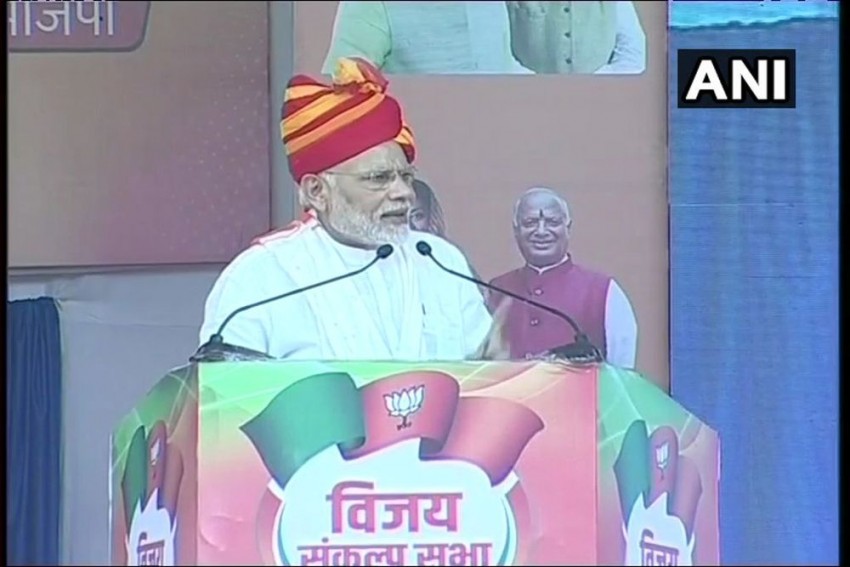 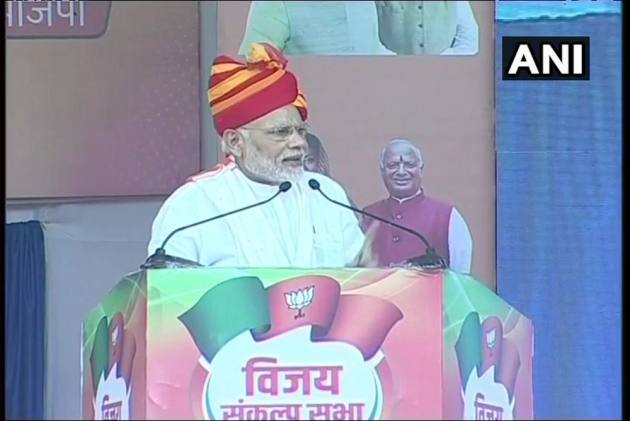 Accusing the Congress of working for only one family, Prime Minister Narendra Modi on Saturday attacked the party alleging that it was doing vote bank politics and kept spreading lies.

Addressing a public meeting here, the Prime Minister also hit out at the Congress for questioning the surgical strike that demonstrated the valour of the Indian armed forces.

"The BJP believes in presenting the report card of the works its government has done, whether its Rajasthan or Madhya Pradesh or Chhattisagrh.

"The BJP never hides its face while giving the report card to the people. But the Congress keeps on spreading lies," he said.

The Prime Minister said that the Bharatiya Janata Party (BJP) does not have a habit of lying as it works on the mantra of 'Sarva Jan Hitay' and 'Sarva Jan Sukhay'.

"Wherever they get the opportunity they try to divide the society," he said, adding that it was easy to divide but very hard to unite.

"And the BJP believes in uniting the society," he said.

"And this vote bank politics is not limited to elections, but it keeps on going for long."

He said that the result of the vote bank politics is that the poor who voted for them they keep on cursing them for five years.

"The Congress for 60 years followed the tradition of vote bank politics," Modi said.

"Should such forces be allowed again to come to power?" Modi questioned the crowd.

"We don't have to allow them to come to power again."

Modi said that the Congress also failed as the opposition.

"Earlier I had said that there should be a clever opposition, dedicated to people, they should have sensibility of people's problem, keep a tab on the government's works, participate in debate and give ideas to the government.

"But it was unfortunate that they have not only failed in the government but they have also failed as an opposition.

"They don't do hard work, thus they have taken the help of lies and false propaganda. And when we dare them for a debate they flee," he added.

Slamming the Congress for questioning the second anniversary of the surgical strike as Parakram Parv, Modi said: "When last week I came to Rajasthan to pay tribute to the brave soldiers, they spread lies that I was going to sound the poll bugle.

He said that the surgical strike which was carried out in September 2016 showed the valour of our soldiers.

Modi also asked the Congress what had stopped them from increasing the minimum support price (MSP) for the farmers.

"What didn't you increase the MSP for farmers? Who stopped you from doing so?

"We (BJP) did that, we increased the MSP of the farmers and now you (Congress) people have a problem with the Modi government that how I did this. And now as nothing is left for the Congress they are every morning manufacturing a new lie," he said.

The Assembly election in Rajasthan is slated for later this year.