Novak Djokovic’s long-standing and adamant stance to block the COVID-19 vaccine may change in near future. It is believed that the world No.1 tennis player has had a change of mind after Rafael Nadal surpassed him and Roger Federer by winning a record 21st men’s singles Grand Slam at the Australian Open 2022 on Sunday. (More Tennis News)

The 34-year-old Serb, who stands on 20 Majors along with another Federer, was disallowed from defending his Australian Open and potentially winning a 21st Grand Slam title after his visa was cancelled twice sparkling a global storm. Novak Djokovic was deported for not adhering to Australia's COVID-19 protocols.

According to Djokovic’s biographer Daniel Muksch, the Serbian was inspired by the success of his long-time Spanish friend and rival on the court.

Congratulations to @RafaelNadal for 21st GS. Amazing achievement. Always impressive fighting spirit that prevailed another time. Enhorabuena 👏🏆👍 @Medwed33 gave it his all out there and played with the passion and determination we have come to expect from him. pic.twitter.com/DsOvK8idNc

“From what I have heard from those around him, I think he is getting vaccinated,” Muksch was quoted as saying in Spain’s media outlet Marca. “Perhaps the Australian final has contributed (to that decision). It may be that Nadal’s 21 Grand Slams is driving him to do so,” the German writer added.

Not Good For Australia

Djokovic’s visa was first cancelled on January 6 just after he landed in Melbourne for failing to meet Australia's COVID-19 regulations. He spent a couple of nights at a detention hotel before winning a legal battle and started training to defend his Australian Open crown.

I’m pleased and grateful that the Judge overturned my visa cancellation. Despite all that has happened,I want to stay and try to compete @AustralianOpen
I remain focused on that. I flew here to play at one of the most important events we have in front of the amazing fans. 👇 pic.twitter.com/iJVbMfQ037

However, just a few days before the start of the tournament proper, Australia’s immigration minister, Alex Hawke, personally cancelled his visa once again stating his presence in the country could incite ‘civil unrest’ and encourage others to avoid vaccination against COVID-19.

According to the documents submitted by Novak Djokovic’s lawyers in the federal court during his 11-day ordeal in Australia, the tennis star first tested positive on December 6 before returning a negative six days later.

However, a BBC research found out that the serial number of Djokovic’s positive test on December 16, was out of sequence with a sample of tests from Serbia over the period. Meanwhile, Serbian prosecutors on Wednesday quashed all discrepancies and stated that the COVID test results were valid.

Former Grand Slam Champion Mats Wilander and former British No.1 Tim Henman are of the view that Djokovic might find it difficult in the year ahead if he doesn’t get vaccinated. Henman stated whatever happened with Djokovic in Australia was disappointing for everyone including the fans.

“Fingers crossed that we don't have to witness something like that in the future," Henman told Eurosport.com. “It would seem very difficult for him to continue with his professional career if he’s not double vaccinated. 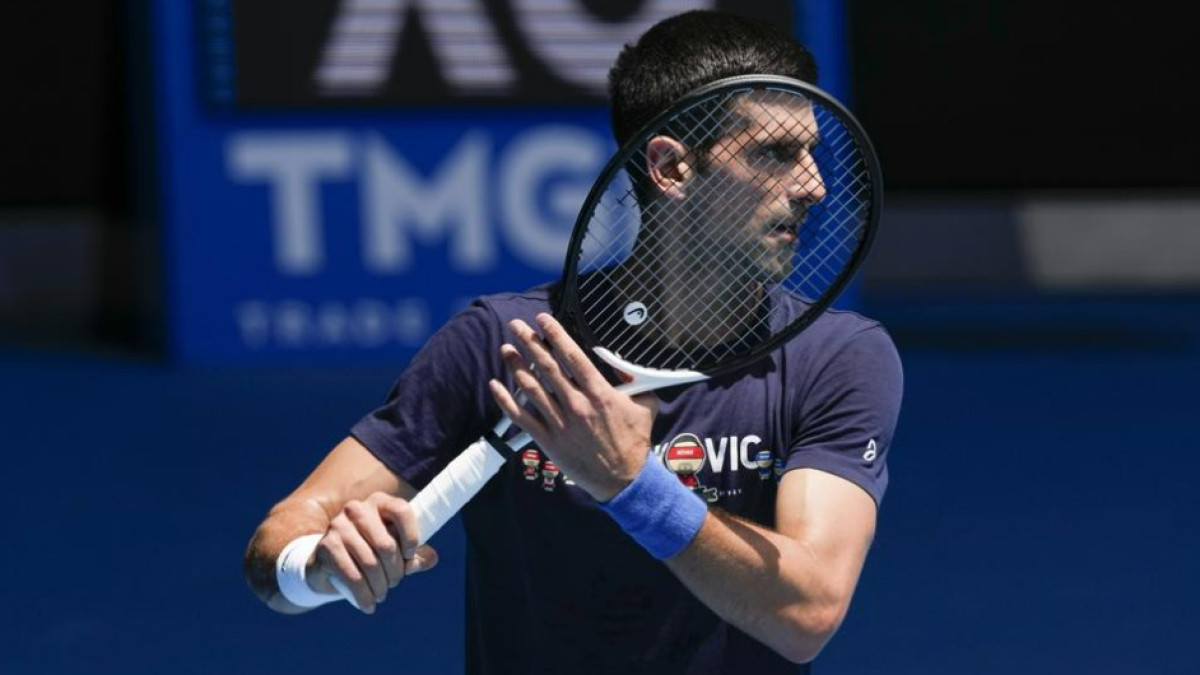 Former players like Tim Henman and Mats Wilander have said that Djokovic may find it difficult to play Grand Slams if he doesn't take the vaccine. Djokovic was deported from Australia. (Photo: AP)

“It would seem that he's going to be pretty limited with the countries that he can get into,” Henman said. Even, two-time Major champion Garbine Muguruza had said, Djokovic could have avoided all the controversy if he had followed the rules.

“All this could have been avoided, like we’ve all done, by getting vaccinated, doing all the things we had to do to come here in Australia,” Muguruza, who was handed a first-round exit at the Australian Open 2022, had said pre-tournament.

The future definitely looks dim for an unvaccinated Djokovic. As far his French Open title defence at Roland Garros is concerned, authorities in France have put in a COVID pass rule for large venues and the top officials in the country said there would be no exemption.

Djokovic may still get a chance at Wimbledon but has to serve a mandatory quarantine period of 10 days – a norm in England for unvaccinated visitors. The rules to enter the United States are similar to Australia making his US Open participation in doubt once again.

Djokovic, who hasn’t spoken after his visa row, will be seen in action in Dubai Duty Free Tennis Championship this month starting on Valentine’s Day.

It will be love-all for the Serbian master!