Home  »  Website  »  National  »  We Would Have Got Killed Had We Raised Our Body: DD Cameraman Who Survived Maoist Ambush

We Would Have Got Killed Had We Raised Our Body: DD Cameraman Who Survived Maoist Ambush

Mormukut Sharma, whose video from the ambush site went viral, reveals even more dreadful stories from the ground. 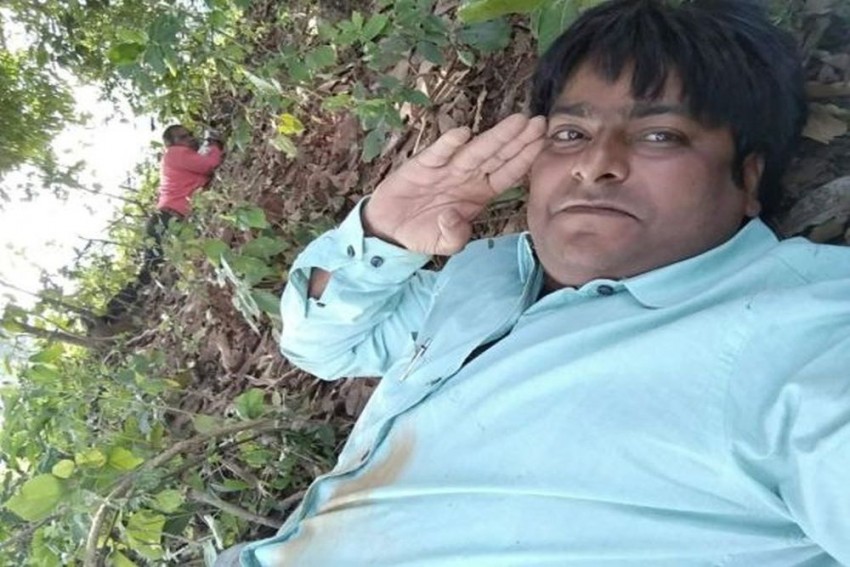 DD Cameraman Mormukut Sharma who survived the Maoist attack in Dantewada, Chhattisgarh on Tuesday.
Special Arrangement
Thufail PT 2018-10-31T18:55:35+05:30 We Would Have Got Killed Had We Raised Our Body: DD Cameraman Who Survived Maoist Ambush 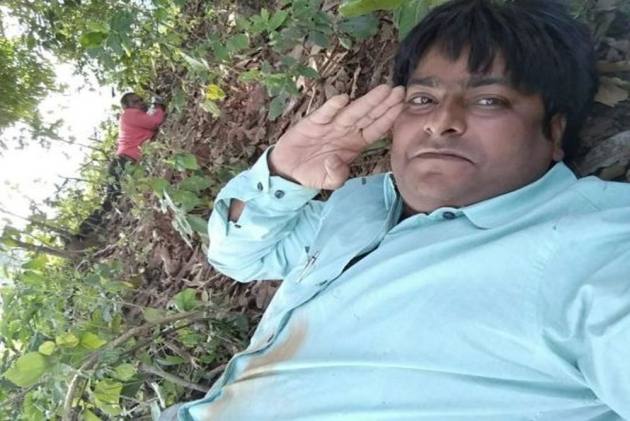 A video shot by assistant cameraman of national broadcaster Doordarshan during Tuesday’s Maoist ambush in Chhattisgarh’s Dantewada district, went viral on social media, revealing the dreadful moments that he and two other journalists had to go through in their line of duty.

In the video, Mormukut Sharma, 35, lying on the ground, sends a message to his mother, which he thought would be his last. “Mummy, I love you so much. I don’t know why… I am not feeling scared seeing death before my eyes,” he said, amidst the sound of gunfight and grenades that were breaking his voice.

By luck, or by the exemplary courage shown by the security personnel who came to rescue them, Sharma, along with Kumar, lived to tell their harrowing experience. 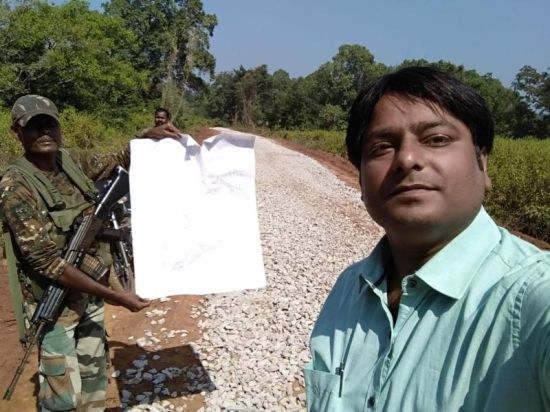 Recounting his ordeal to Outlook, Sharma said he had even thought of drinking his urine as he felt dehydrated while hiding in a ditch during the ambush. “I had seen it in National Geographic or somewhere and I had thought of it as a last resort,” he said.

Asked if his mother has seen the video shot by him, Sharma, who hails from Mathura, said he has asked his brothers not to show it to her. “My mother hasn’t come to know about the attack. I don’t want her to know about it,” he said.

“I saw our cameraman getting killed. A bullet pierced through his head. He died on the spot. Another bullet hit the jawan who was accompanying the cameraman on a bike. But he was not killed. Then they came and cut his face.”

“I thought I would be killed soon. I remembered my mother. I wanted to leave a message for her. I took out my phone and shot a video,” he said.

There were around 300 Maoists. Both Sharma and Kumar had managed to hide in a ditch. “They would have found us had we raised our body by an inch. And we were fighting the ants on the ground,” Sharma recalled.

Sharma has been working as a camera assistant with Doordarshan in Delhi for the last 14 years.

Sharma, Kumar and Sahu were sent to Chhattisgarh for coverage of the upcoming Assembly elections.

“I came to know that this village is going to vote after 20 years. I felt it’s a good story. So, we decided to go there, which was 50 km away from Dantewada,” Kumar told Outlook. “I thought I will cover the story and I will come back.”

The trio had informed the Superintend of Police and the district collector of Dantewada about their plan to visit the village. They travelled with a team of security personnel. The village was 2 km away from the highway and there was an unpaved road ahead.

“We stopped our vehicle at the highway and then we got on to the two-wheelers of the jawans,” said Kumar. “There were five motorcycles and eight jawans. The three of us got on to three different bikes. We were riding at 20 feet from each other,” added Sharma.

On their way, Sahu stopped to take visuals of some Maoist posters hanging from a tree. “We thought no one will attack us seeing his camera in the front. But, the Maoists first opened fire at him.” said Kumar. 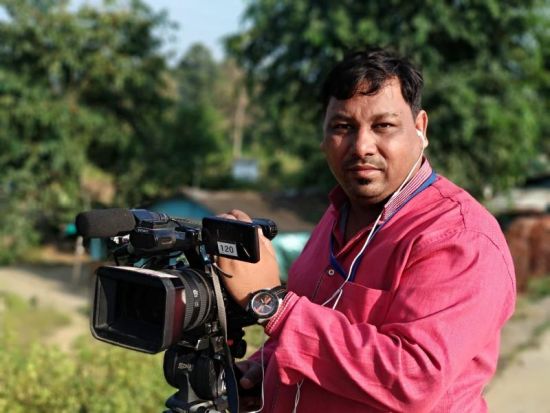 There was intense firing and grenade attack.

“Don’t spare anyone. Finish them,” the Maoists shouted.

Both Kumar and Sharma managed to cross the road and they lay in a ditch. Around 70 rounds of bullets flew over their heads. One bullet nearly missed Kumar’s leg. Smoke from grenades engulfed the area.

Kumar recalled that he had tried to stop Sharma from shooting the video that has now gone viral. “I was scared that any movement by us will help the Maoists to find us,” he said.