Home  »  Website  »  National  »  The Chennai December Deluge- Lest We Forget!

The Chennai December Deluge- Lest We Forget!

A year has passed since floods ravaged Chennai but is the city now equipped to handle another deluge? 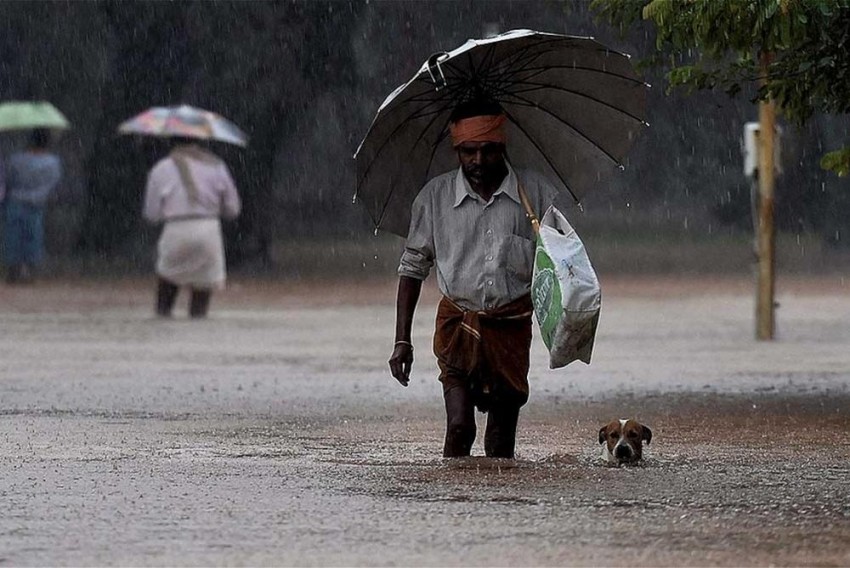 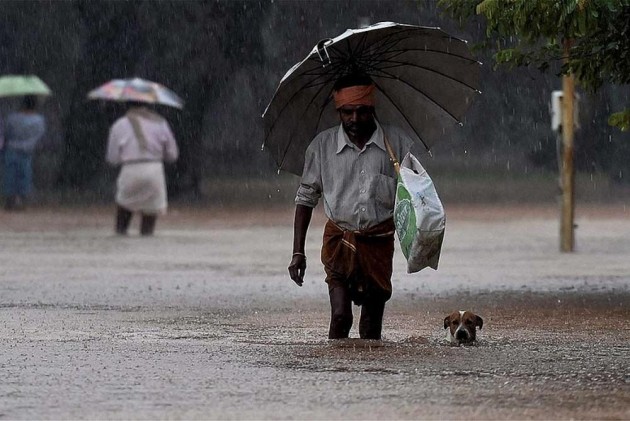 It was a storm so destructive and forceful that it ravaged the city of Chennai, paralyzing the lives of more than 3 million of its residents. The city with a booming economy is also one of India’s primary information technology and health care hubs. The devastation of this metropolis has had a ripple effect on global economy; with losses upwards of USD $300 billion. The cyclone of December 2015 was far more destructive than infamous Hurricane Katrina which hit New Orleans a decade ago. What could have caused this disaster? Was it a freak of nature or an ominous harbinger of what the future could hold, a sharp reminder of human interference with nature – an event which has now been labeled as “anthropocene”?

Chennai is blessed with a non-temperamental climate, with rains occurring during the winter months from the mild northeast monsoon. Flooding is nothing new in Chennai—major floods have occurred in 1903, 1943, 1978, 1985, 2002, and 2005; all coinciding with the monsoons. Last year’s monsoon was remarkable due a sequence of significant clockwork like events across the Indian subcontinent from the beginning of the year. It had by far been the hottest year of the century, and was coupled with a failed southwest monsoon. A positive Indian Ocean Dipole — warmer sea temperatures in the western Indian Ocean and a cooler eastern Indian Ocean — kept ocean temperatures high in the south Bay of Bengal resulting in strong weather systems in the South Andaman Sea. The culminating event being the occurrence of a rare freak phenomenon called “upper air divergence” which is the presence of lower-level high moisture supply along with upper air evacuation of moisture; a churning phenomenon which generates intense clouds, leading to the burst. An unprecedented record rainfall occurred, and the clouds dumped 490 mm of rain in 24 hours over Chennai.

Like megacities in other developing countries, Chennai’s infrastructure has strained to keep up with its explosive growth. For a city built on a floodplain, development has essentially gone unchecked: Critical infrastructure—airports, automobile manufacturing plants, and IT centers as well as countless houses—have been built over streams and marshes. There are four main waterways flowing through Chennai; the Adyar River, the Coovum River, the Otteri nallah and the Buckingham canal. All of these drain into the Bay of Bengal, maintaining a check on any rise in water levels upstream and within the city. Due to rapid unplanned urbanization, and unscrupulous engineering along with silting and clogging, these waterways remain severely compromised. As a result, the worst affected were the southern suburbs that witnessed an unplanned real estate boom in the last decade with unapproved layouts springing up adjacent to wetlands and water bodies. At present, there are 150,000 illegal constructions encroaching and leading to a loss of 300 water bodies around Chennai. Since the panchayats (local government bodies) are unable to regulate unauthorized construction, residential development in low-level areas has mushroomed. Added to this is the inadequacy of drains. Unsurprisingly, most parts of the old city, with its robust drainage system were relatively safe from the flooding. Of the Corporation’s area, the 172 sq. km of the old city have storm water drains while the remaining 254 sq. km have none; even the drains constructed by the local bodies have not been connected to the rivers. While the flooding of the southern parts is recurring during winter, the flooding in the heart of the city exposed the government’s unpreparedness in anticipating the floods based on water release into the Adyar River and in disseminating information in advance for the residents to act. To prevent any catastrophe in the form of a breach in the reservoir, officials were forced to release more than 30,000 cusecs from the Chembarambakkam reservoir. Consequently, the Adyar River with its encroachments was in spate, flooding most parts of the southern and even central parts of the city. Plans of delineating river corridors and mapping of flood plain zones to enable the residents to know the flood risk factor of their localities have never materialized.

Of all the causes for the deluge, an innocuously named terminology, “climate change” stands out. The idea that humans are fundamentally and irreversibly impacting the planet is impossible to ignore. Humanity is now considered a geologic force “as earth-changing as a meteorite strike”. “The Anthropocene” is a term that’s been suggested to describe a new geological epoch, the “Age of Man.” Another term that’s gaining favour is “the great acceleration”—though unlike “the Anthropocene,” it is focused on the unprecedented burst of human development post-World War II. The global average temperature today is about 15°C, though geological evidence suggests it has been much higher and lower in the past. However, the current period of warming is occurring more rapidly than many past events. There are major concerns that this natural fluctuation is being overtaken by a rapid human-induced warming that may have serious implications on the stability of the planet's climate The past 15 years have accounted for the 13 hottest years ever, with 2015 being the hottest year ever. With polar icecaps melting at alarming rates, the tiny Pacific island nations are on the verge of extinction. One of the most confidently predicted consequences on warming land and oceans is an increase in evaporation that provides more fuel for more intense rainstorms on land. The recent extreme rains in Chennai surely seem to fit this disturbing trend.

Like in every cloud, the Chennai clouds had a few silver linings. Unlike Hurricane Katrina which claimed over 1800 lives, the losses to life in the more savage Chennai deluge were limited to less than 300. A decade ago New Orleans was paralysed and took over a month to have its basic amenities restored, while in Chennai, 48 hours following the deluge, electricity, phone lines, internet connections were up and running in most parts of the city. This flood brought the best out of people, their “humanity.” The Civil services, Defense, Fire and Police services and numerous unsung Heros have been working overtime and tirelessly, to rescue the stranded; ferrying people to safety in boats.

Healthcare professionals, with scant regard for their own kith, worked beyond any call of duty, keeping critical patients alive; ensuring the safety of those who needed their attention. With more than 8 feet of water, and no power to run their life saving breathing equipments, the doctors, nurses, technicians all worked in unison for over 10 hours. Bordering on sheer exhaustion, these indefatigable healthcare professionals, manually breathed for the gravely ill; till help arrived and their patients were transferred out of danger. Patients were transferred on fishing boats out of inundated hospitals to safety, with no loss to life or limb. There was an intense sense of camaraderie, everyone fighting a common foe; and winning. After the flood waters receded, the healthcare professionals fought a new front, a battle against infectious communicable diseases. Large health camps were universally organized across the city; the poor, the sick and the needy were never too far from help.

Social media was also another force to reckon with. While bridges collapsed, floodgates opened and people were confined to their homes, citizens came together on social media – Twitter and Facebook – to coordinate efforts to send or seek help with accommodation, food and rescue relief. Listing helpline numbers, aid offers and requests, rescue requests, volunteer details and accommodation details were widely shared; with people filling details or providing necessary information to volunteers. The volunteers worked tirelessly – people from other cities and countries pitched in and took turns to keep the rescue effort going. A crowd sourced effort to map inundated roads in Chennai, along with information on vulnerable and water logged points and flood relief camps was put together. Independent weather blogging communities put out regular updates on the situation of rains. Taxis offered free rides all day and included trucks to help with carrying necessary supplies such as medicines and food. The insignificant downside of this highly effective information highway was the duplication of messages and recirculation of outdated distress calls.

With the city having limped back to normalcy, and people’s resolve unshaken, the bad news is that a perfect storm of meteorological conditions combined to create Chennai’s worst-ever deluge last week, exacerbated in no small part by civic infrastructure pushed to its limit and systemic dysfunction could happen again, and soon.

The next Chennai could be anywhere: Dhaka, Shanghai, Dar es Salaam, Havana. Many questions have been churned out of this deluge, few have been answered, but many remain unrequited. The issue of climate change, and its eventuality looms large, more concentrated efforts are the need of the hour, and century to avert another ice-age Cretaceous–Paleogene extinction.

Dr.Ashwin Rammohan is a Surgical Gastroenterologist and Liver Transplant Surgeon at the Global Hospital, Chennai

What The Heck Is This Speck Called PM 2.5?