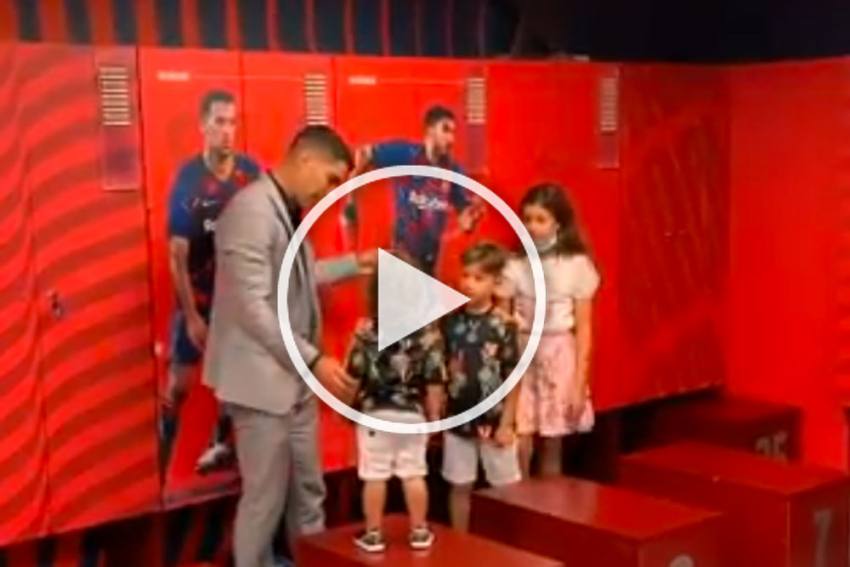 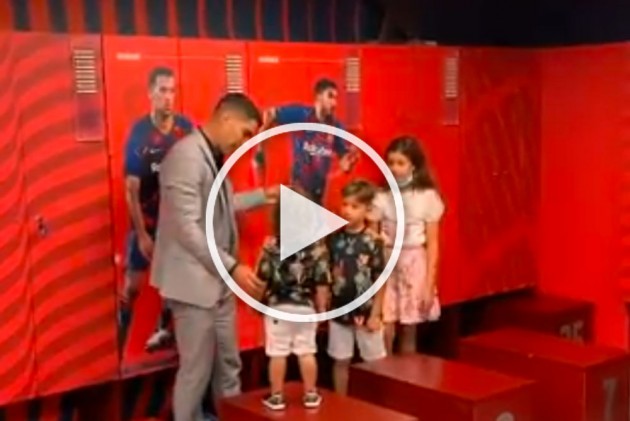 It was confirmed on Wednesday that Suarez, 33, has left Barca and joined Atletico Madrid for €6million after the Blaugrana deemed him surplus to requirements.

Despite finishing 2019-20 with 16 LaLiga goals from 22 starts, Suarez had long seemed likely to leave Barca, particularly after Ronald Koeman's arrival in place of Quique Setien.

Media reports claimed the Dutchman told Suarez he was not in his plans, a situation rumoured to have contributed to Messi's desire to leave; but where Barca refused to sanction their talisman's exit, the Uruguay striker departs having risen to third on the club's all-time goalscoring list with 198.

Suarez's strong relationship with Messi has been known for much of their time together at Barca, though the former Liverpool striker – who let the tears flow in front of the media on Thursday – revealed he was given a slightly different impression of the Argentina star upon arriving in 2014.

"Everyone knows the relationship I have with Leo," Suarez said, with Messi in attendance. "When I arrived at Barcelona they said, 'be careful with Leo', due to me being a forward, and it turns out that Leo has been spectacular with a striker for many years.

"We always try to be at the level of Barcelona, and I have to be proud of everything we have done.

#9raciasLuis : It's always special when you face your former team ... It will be special for them as well.
— @LuisSuarez9 on having to play against Barça with Atlético Madrid pic.twitter.com/SJtksnOZwW

"Leo, we know each other so much that we know what we think of each other. We are big enough that we are able to give each other advice. That we will face each other in complicated games will not change our relationship."

Suarez let it be known in no uncertain terms that the decision for him to leave the club came from Koeman alone.

"Sometimes the club needs changes and the coach did not count on me," he added. "I leave with the feeling that I have fulfilled [expectations] – being the third top scorer of a club is not easy.

"I expected it [Koeman's decision], it had already been said before he told me. I had no problem taking a step to the side, but I wanted to continue training while looking for a solution. Koeman agreed to it.

"Every new start to the season, you change the team: there is a lot of desire, many young players, there are more variants when it comes to rotating, and I think it will be a very good year for the club."

But despite undoubted frustration at the situation, Suarez's gratitude to Barca was clear, particularly given the faith put in him so soon after he was handed a four-month ban for biting Giorgio Chiellini at the 2014 World Cup.

"The club trusted me from the beginning and I will always be grateful for the treatment they gave me. They trusted me after a mistake I made and that is not easy," he said.

"A stage that I am very proud of is ending. I take friends with me and that makes me happy. Beyond a player, leaving is a human being who has feelings.

"That my children saw me play alongside incredible players, that they saw me alongside the best in history, score goals, raise trophies, it will always remain in my memory. Many thanks to the fans for everything your support, I will never forget."