Super Cup 2019: East Bengal To Opt Out Of The Tournament 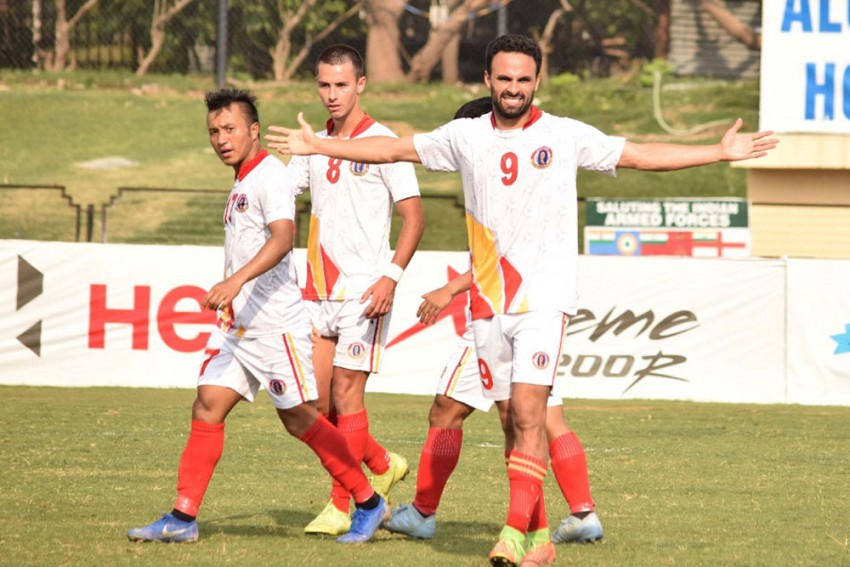 It is highly unlikely that East Bengal will take the field in their Super Cup encounter against Delhi Dynamos FC
Composite - File Photos
Outlook Web Bureau March 30, 2019 00:00 IST Super Cup 2019: East Bengal To Opt Out Of The Tournament 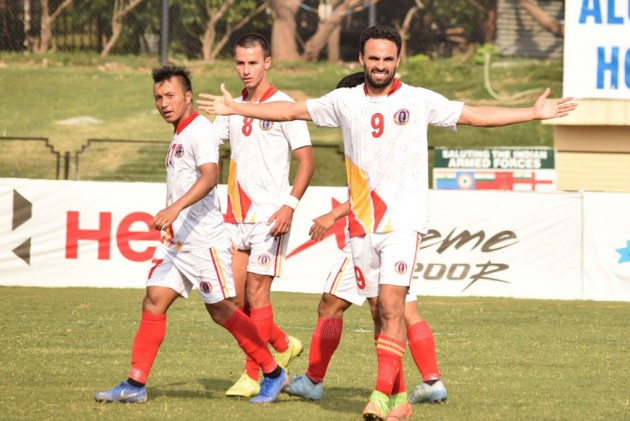 East Bengal board members on Thursday have decided not to participate in the ongoing Super Cup main rounds in Bhubaneswar, holding firm to the alliance of eight revolting I-League clubs.

Terming it 'unethical' to pull out of the alliance, East Bengal said in a statement: "The East Bengal nominees on the Board suggested that since an alliance of Clubs have already been formed, it would be unethical for us to come out of the Alliance."

The first board meeting of the club since Quess Corp became the club's investors in July also agreed to bid for the Indian Super League. The board meeting was held in Bengaluru.

"The Board also agreed to bid for ISL if the terms are financially acceptable. The East Bengal nominees mentioned that they would convey the decision to Executive Committee of the club and discuss further," it added.

East Bengal, which had finished runners-up in the I-League, were to play against ISL side Delhi Dynamos in their Round of 16 match on Saturday.

A section of club officials of East Bengal wanted to take part in the Super Cup but the investors, Quess Corp, who took the call, were firm against it.

Their difference of opinion had reached to such a level that some club officials were even mulling at one point of time to field a separate team in the name of President's XI.

The Super Cup is the premier knockout club tournament of the AIFF, competed among I-League and ISL teams.

But eight I-League clubs, including Mohun Bagan and new champions Chennai City FC, had formed an alliance and decided to withdraw from the competition citing AIFF's "unfair treatment".

Former champions Minerva Punjab, Aizawl FC and also Gokulam Kerala did turn up in the qualifying round matches played in Bhubaneswar on March 15 and 16. East Bengal has also opined to walk away from this tournament.

Chennaiyin FC won 2-0 against Mumbai FC in the Pre-Quarter Final 1 yesterday in Kalinga Stadium. Today, FC Goa will be locking horns with Indian Arrows at 5 pm, while it is to be seen if  East Bengal turns up for their clash with Delhi Dynamos at  8.30 PM.

EPL 2019: Title Race Intensifies Between Man City and Liverpool As Solskjaer Aims For A Top 4 Finish