Gokulam Kerala FC have tasted unprecedented success within four years of being born. The game should be marketed well is all they want 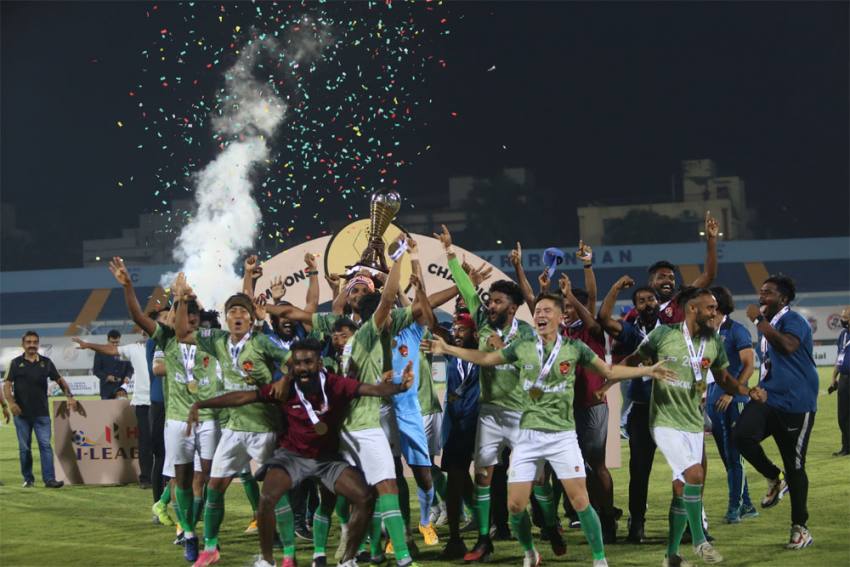 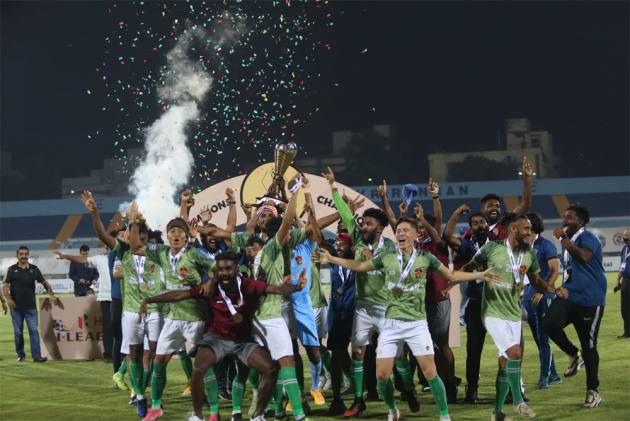 Happy days are here again for Kerala football. Twenty years after Kerala Police won their second straight Federation Cup in 1991, Gokulam Kerala FC have brought the smile back on the passionate Malayali football fan’s face by becoming the first team from the southern state to win the I-League championship, the premier club tournament that actually exposes the depth of talent across the length and breadth of India. For a team that was born in 2017, Gokulam’s recent title win is vindication of a team’s unrelenting pursuit to bring back the glory days of Kerala, once a footballing powerhouse. (More Football News)

If there was a vote for Kerala’s most popular sportsperson today, Emil Benny would probably have beaten IPL star Sanju Samson hands down. The 20-year-old striker from Wayanad played a big role in Gokulam’s I-League triumph and is regarded as one of the rising stars of Kerala football. The pony-tailed youngster added the insurance goal as Gokulam staged a remarkable comeback against Manipur’s TRAU FC to finish 4-1 winners in a dramatic finish to the league championship in Kolkata recently.

Football remains a Malayali’s first love and if a Sreesanth or a Samson made the headlines with their cricketing exploits, it was purely because football had taken a backseat ever since the likes of IM Vijayan and Jo Paul Ancheri gave up serious football around 2005. Vijayan, continues to remain a crowd puller. Despite acting in over 20 regional films, football remains his first love and his 21-year-old son is a video analyst with Gokulam’s first team. Known as Indian Pele for his sublime soccer skills, the 51-year-old’s heart bleeds for Kerala football and says Gokulam’s I-League win could be a turning point but a lot remains to be done.

Kerala Football Association secretary Anil Kumar admits Kerala had lost ground in the last two decades. “We couldn’t sustain the momentum which we had in the past decades. Lack of proper long-term planning and paucity of professionalism hurt the game in Kerala. Also, we couldn’t create a league which gave opportunities to the clubs and Kerala players,” said Kumar. Effectively, Kerala stopped supplying quality players to the national teams. A handful of them like Kannur-born CK Vineeth, Mallapuram’s Anas Edathodika, Thrissur’s Rino Anto and Rahul KP and Thiruvananthapuram’s Jobby Justin made impressive starts with their I-League teams but finally lost out in the ISL rat race where a team like Kerala Blaster have given priority to second grade foreigners over local talents.

A conscious effort at restructuring seems to be working for Kerala football. The first steps that the KFA took in 2014 was to have a pool of qualified coaches. They have been deployed in villages and rural areas to start the grassroots level training centres. At present, there are more than 300 centres in the state. District-level competition in various age categories starting from Under-12 have rekindled interest. Home and away league matches have created a lot of enthusiasm.

“Unlike leagues in Kolkata or Mumbai, which are mostly city based, ours is a first of its kind where district teams travel to play their away matches. The good thing is there is tremendous support from parents,” points out Kumar. In 2018, Kerala won the Santosh Trophy, a sure sign that Kerala was on a counterattack and its footballers were once again alive and kicking.

Apart from the district-level competition, the Kerala Premier League has added to the popularity of the game. The prize money tournament that started in 2013-14 features 12 semi-professional teams like Gokulam (reserves), Kerala Police, Kerala State Electricity Board, Kovalam FC, Golden Threads etc which are a good mix of private and institutional teams. Despite COVID regulations, every match draws an average of 5,000 fans at the match venues and thousands watch online.

Under the circumstances, Gokulam Kerala FC’s I-League win has come at the right time. Unlike teams like FC Kochin and State Bank of Travancore, which went into oblivion due to financial crisis, Gokulam promises to keep the flame running. It is a diversified business group with major interests in chit funds and finances and has been in operation for more than 40 years. It has not mixed business with football. The fact that GKFC have tasted reasonable success both at home -Durand Cup champions in 2019 – and overseas – semifinalists in the 2019 Sheikh Kamal International Club Cup in Bangladesh. 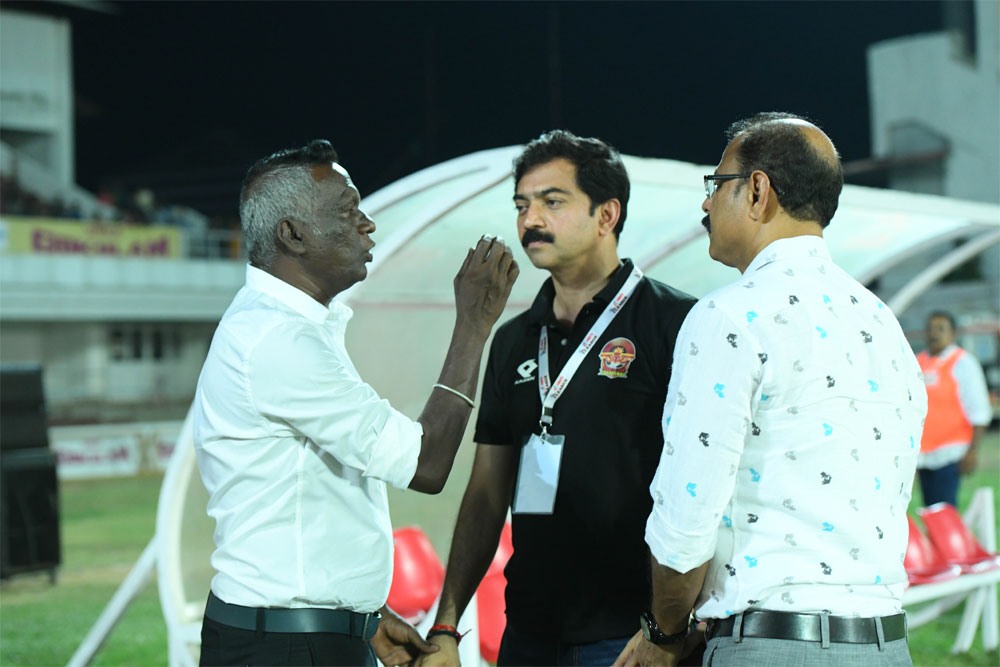 “We are not seeing football as an opportunity to grow our business. The customers always wish us when we win matches and more than that, we don’t see football as a tool to develop the Gokulam brand as it has already been established,” says club president VC Praveen.

The football fraternity in Kerala says GKFC is Praveen’s brain-child and the vision to revive, restore and reclaim the glory of Kerala football is deep-rooted and long-term.

“We entered into football merely because of passion. Our chairman Gokulam Gopalan is very passionate about the game. He is very nostalgic about the sport. He wanted to become a football player but his parents did not approve of it. He was one of the directors of Viva Kerala, a now-defunct club. So, this club is driven by a passion for the sport rather than brand building. We are not interested in cricket,” says Praveen.

But there is a businessman inside the 50-year-old affable man. Praveen says the effort made by the KFA is laudable but there is a serious lack of professional intent. The plan to have a franchise-based Kerala Super League on the lines of the Reliance-managed ISL has not taken off since it was mooted four years ago. Even after seven years, the ISL has failed to become a sustainable business model with franchises losing crores in a tournament that looks jazzy on the outside but has don’t very little to lift the standard of Indian football.

Praveen says Kerala can ill afford any franchise-based tournament where the primary intention of the organisers is to make money. “There are corporates willing to participate but it has to be a win-win situation for both the sponsors and the organisers (KFA). Our initial plan was to play in the Kerala Super League but then opted to play in the I-League because that was the next best available option,” said Praveen, who adds football authorities need to see the bigger picture of development before some private enterprise runs away with the idea and builds a robust, attractive and extremely property like the Kerala Boat Race. 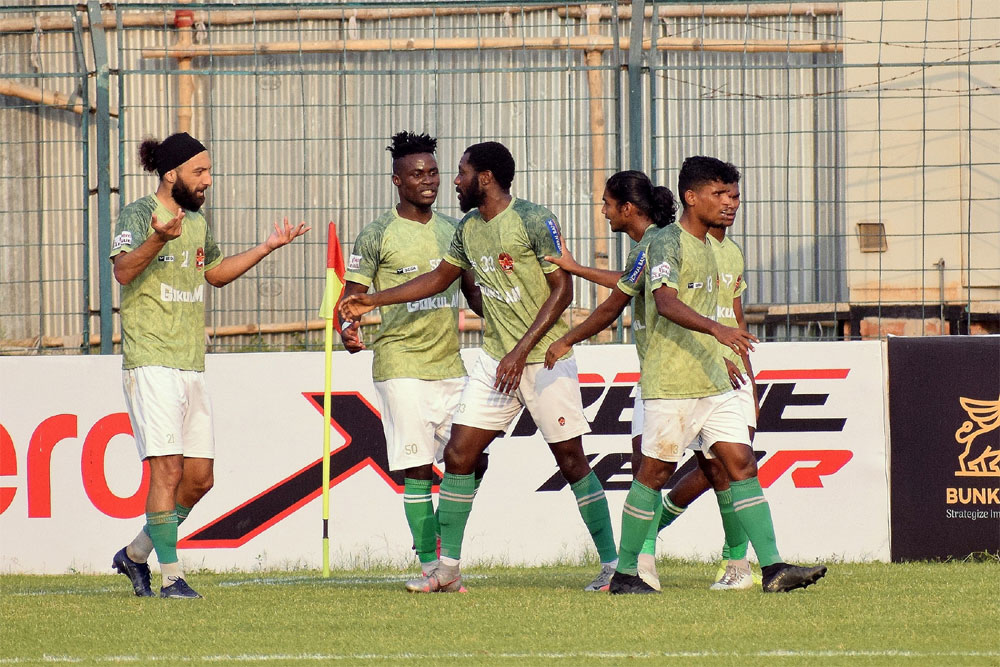 Gokulam Kerala FC have backed their home-grown talent in pursuit of excellence. The foreign players were only a support system. (Photo: AIFF)

With I-League teams unlikely to qualify for the ISL on merit until 2023-24 and in the absence of quality national tournaments, teams like Gokulam, TRAU, Aizawl FC, Chennai City, Real Kashmir, Punjab Sports Club and Churchill Brothers will have to grind it out in a league that unfairly gets a second class treatment from the All India Football Federation bosses due to some lop-sided arrangement with a commercial partner that ironically has the words – football and development – in its official name FSDL!

Till there is a level playing field and I-League teams get an opportunity to play in ISL at the earliest, teams like Gokulam and TRAU, which have the ability to produce a stream of talented footballers, will always live in the fear of talent drain to ISL teams armed with big budgets.

THE LURE OF ISL

Sharaf Ali, a former Kerala Police superstar and part of that famous Malayali troika with CV Pappachan and VP Sathyan, says Gokulam’s biggest challenge will be to retain the core of the local footballers who won the league this year.

“The ISL teams can easily lure the better players away. Money is good but when you don’t get enough game time, your career is hampered. There are so many such cases,” explains Sharaf Ali, adding that institutional teams like Kerala Police are unable to make good teams anymore because the better players “don’t want jobs of a policeman.”

Even if professional men like Praveen desire better TV coverage and good marketing and more tournaments to compete to keep the players gainfully busy throughout the year, the Kozhikode-based GKFC are not thinking too far ahead.  As I-League champions Gokulam will play their first big continental tournament – the AFC Cup – in 2022.

That’s reason enough for the likes of Emil Benny, Muhammed Rashid, Mohammed Salah and Shibil Muhammed to remain loyal to Gokulam for at least two more seasons. For anything to rebuild, commitment and loyalty are non-negotiable but Gokulam’s Italian coach Vincenzo Alberto Annese is not quite sure and is already on a scouting mission to find the next generation of players who will serve Gokulam and Kerala football well.