Ngangom Dingko Singh Obituary: He was a very scientific and skillful boxer. He loved to knock out his opponent 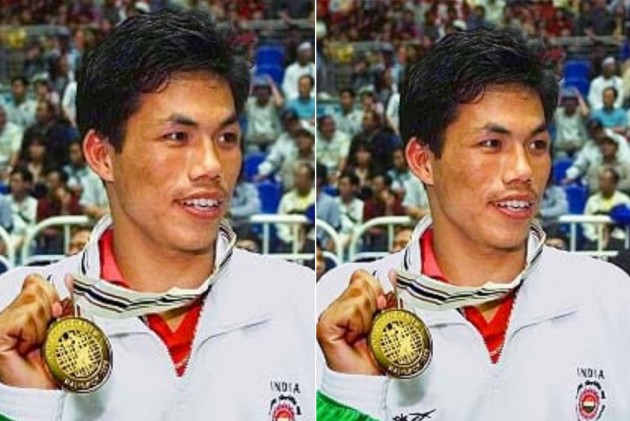 This photo is very special to me. This was from the 1998 Asian Games Bangkok, Thailand - wherein Ngangom Dingko Singh stunned everybody by beating world-class boxers, one after another, on his way to the gold. After the initial rounds, he beat world No. 2 Wong Prages Sontaya of Thailand in the semis, then the world No 3. Timur Tulyakov of Uzbekistan in the final to win the gold medal for India. (More Sports News)

His progress at the Asiad was unique, and filled with a lot of excitement that truly uplifted Indian boxing's spirit. Indian boxing was working very hard to raise the level for more than a couple of decades -- identifying talents, organising grassroot-level tournaments.

'Ding'KO' is a story of that successful spirit.

Dinko, being a national champion in age groups, from sub-junior to junior, was picked up by the Indian Navy to nurture him further. Coaches of the Navy then brought him to Mumbai and was provided a base at INS Hamla, Malad. He was also chosen to represent Maharashtra in the Nationals since he was a part of Mumbai and Maharashtra boxing activities, and having participated in MBA's state meet.

I have known Dinko since then.

The Manipuri fighter, according to me, had the hottest blood that I have ever come across. Temperamentally, very hot-headed Dingko was very sharp and at the same time, possessed extraordinarily scientific boxing skills. And he always held his head high.

In the ring, he was very quick, very swift and very precise. His left hook-right cross combination would floor the best in the business. And I have seen many of them collapsing -- getting hit on their chins, their knees buckled and falling down there itself where they were standing a moment ago.

Dinko's rise, his fight against adversaries and coming into prominence -- I was very lucky to have seen all that from close proximity.  As an official, I have witnessed him at the 1997 National Games at Bangalore, and at the 1998 Ambala Senior Nationals, where Ding'KO was just untouchable, just unstoppable. He demolished and destroyed all of his opponents with extraordinary skills, speed and precision. 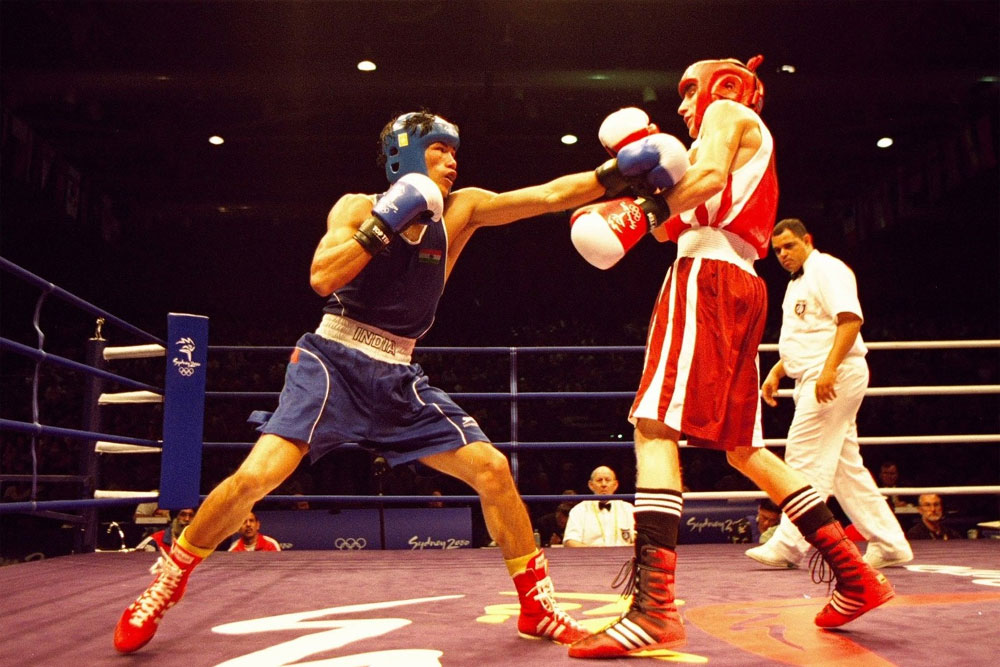 'Dingko' is very special to me. And I love to write 'D' in the capital, 'ing' in small letters, and 'KO' in bold since he used to knock out many of his opponents.

When he came back from Bangkok, I was there to receive him at Mumbai along with the entire Navy team and Kishen Narsi.

Dingko's rise as a boxer literally gave India that much-needed confidence. In fact, his success in 1998, to me, was the first step in India's rise on the international stage.

We indeed had some great boxers before Dingko.  Our boxing was always good and India's performance in the 1986 Asian Games was one of the best ever. However, Dingko's performance at the 1998 Asiad gave us the belief that, "Yes, We can do it. We do have got class ...".

And today, Dingko's spirit is carried on by all the hard-working coaches and boxers.

Dingko was indeed very close to my heart. I remember his injuries, his hard times when he fought like a true champion. I remember a young Dingko when we had taken him to Dr. Anant Joshi for his wrist injury and his fightback last year. He was airlifted in an emergency.

I remember many other occasions after he hung up his gloves as well, where he would call and speak very respectfully to me. I could feel his love for me and that's why my heart is very heavy today. We lost one of the greatest boxers India has ever produced.

Dingko, you gave us that much-needed confidence and you will live forever in our hearts. Your spirit will help Indian boxing forge ahead.

(The writer is the former secretary-general of Boxing Federation of India and an executive council member of the Asian Boxing Confederation. Views are personal)